Mythical Games is a Los Angeles-based video game development company developing games for playable non-fungible tokens to identify game characters that players can own and offers players a secondary market.

Mythical Games is a gaming technology studio developing games intended to bring players, creators, brands, and game developers together through personalized experiences and content. The company's studio provides a decentralized gaming application that uses blockchain technology to build games where players can own the assets they develop or acquire in the game on the EOSIO platform.

The company is building games on blockchain that offer players ownership of digital assets, verifiable scarcity, and integrated secondary markets to develop new, in-game economies based on digital ownership. This is, in part, to help consumer adoption of distributed ledger technology through the use of the technology in games.

Mythical Games is working to develop what the company calls the "Mythical Economic Engine," which is designed to help game builders create NFT-marketplaces that will not get them into regulatory trouble, thereby marrying compliance across geographies and tools that help creators comply with anti-money laundering laws and know-your-customer frameworks.

dGoods is an open source and free standard, working to provide ownership and liquidity of digital goods on blockchain that is compatible across a number of blockchains with functionality to allow developers to build digital economies. Along with Mythical Games's integration of the Microsoft Azure blockchain token, the company strengthened its dGoods standard. The token allows organizations to leverage the Token Taxonomy Framework (TTF) to digitize physical and digital assets and was a step towards Mythical Game being able to standardize how games and the related economies were built using blockchain.

Furthermore, the Microsoft Azure blockchain token allows game developers to create dGoods and TTF-compatible game economies, which Mythical Games can use to foster an in-game and global digital marketplace and offers players a chance to trade digital assets depending on the game experience they want.

Mythical Games's first game, which launched into beta in 2021, is Blankos Block Party. This is an open-world multiplayer game and a platform where players can create games with non-fungible tokens. The game borrows concepts of other multiplayer open-world and social games, such as Fall Guys and Roblox, and uses the NFTs to create collectible digital goods similar to the collectible toys like Funko Pops. The game is built on the EOSIO blockchain.

The game uses what Mythical Games calls "playable NFTs" using non-fungible token technology to identify unique game characters so players can own them, which uses a secure and transparent digital ledger to authenticate unique digital items. To help generate early interest into the game and the in-game NFT economy, Mythical Games announced collaborations with Burberry, DeadMau5, Quiccs, and El Grand Chamaco. These partnerships will be for the development of unique accessories and character designs. Unlike other NFT platforms, the goods in Blankos Block Party live on a private blockchain and cannot be resold on public market platforms.

In Blankos Block Party, there is a player-owned asset economy intended to give players a new way to compete and interact with each other. The economy is built on the EOSIO blockchain, where assets such as skins, accessories, emotes, and other cosmetics can be built. And unlike traditional games where these items exist on the game server, players in Blankos can buy or sell these assets in a secondary marketplace.

Blankos Block Party is a MMO video game that is built on the EOS blockchain. It recreates the concept of a virtual economy by adding cryptocurrency to the gaming experience. The game was created Mythical Games in Los Angeles, California and is scheduled to come out in the first quarter of 2019. 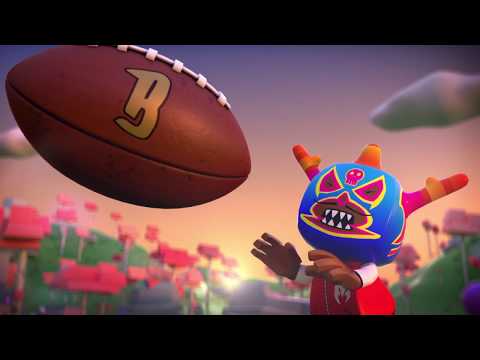