Maryland ranks first among the US states in terms of median income per family, and two counties of Maryland are among the ten richest counties in the country.

It is believed that people lived in Maryland for about 12,000 years ago. The main occupations of the Indians were hunting, fishing and, to a lesser extent, agriculture. By the time the European colonization of America began, the Algonquian peoples Nantikouk (on the eastern shore of the Chesapeake Bay), Piscataway (in the area of modern Baltimore and Washington) and Shawnee (in the west) lived here. 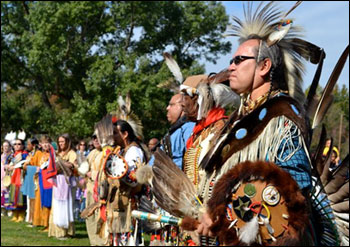 In 1524, the Italian Giovanni da Verrazano sailed along the Atlantic coast of America from North Carolina to Rhode Island, but he did not notice the entrance to the Chesapeake Bay.

The first capital of Maryland was the city of St. Mary City, built on the western shore of the Chesapeake Bay on land bought from the Indians (in general, the inhabitants of the new colony tried to maintain good neighborly relations with the indigenous peoples in those years).

Despite the fact that Maryland was founded by Catholics, from the first days of its existence, freedom of religion was not limited in it (even on the first two ships, the majority were Protestants). However, over the following decades, it was on religious grounds that there were several conflicts both with neighboring Virginia and between the inhabitants of Maryland itself.

Maryland has long refused to ratify the "Articles of Confederation" that proclaimed the United States of America as a confederation of sovereign states. The reason for this was the claims of Virginia, Connecticut, Massachusetts and New York to the Northwest Territories (modern-day Wisconsin, Indiana, Illinois, Michigan, Minnesota and Ohio) and the possible increase in their influence. It was only after the abandonment of these claims in favor of the federal government that Maryland on March 1, 1781, the last of the "thirteen colonies", ratified the Articles. There were no problems with the ratification of the US Constitution, the Maryland legislators passed the corresponding decision on April 28, 1788, thus making Maryland the seventh state of the United States. Precious (ornamental) stone - agate and "stone of the river Patuxent"

Sports - lacrosse and jousting with spears The largest ethnic (national) groups among the population of the state of Maryland:

Most of the descendants of German settlers live in the western and northern counties of Maryland, and ethnic English are the majority on the East Shore of the Chesapeake Bay and in the south of the state. The largest Hispanic populations in Maryland are Salvadorans, Mexicans, and Puerto Ricans. Among Asian Americans, there are the most ethnic Koreans, Taiwanese and Filipinos.

Maryland ranks first among the US states in terms of median income per family, and two counties of Maryland are among the ten richest counties in the country. To a large extent, the welfare of the state is due to the proximity of the capital of the United States of America - Washington, but in addition, services, medicine, education, research and development, and, to a lesser extent, industry and agriculture are well developed in Maryland. There are practically no minerals in the state (only relatively insignificant amounts of coal mining in the western districts), but thanks to its advantageous geographical location, Maryland is an important transport hub for the United States, and the port of Baltimore is one of the largest on the east coast of America.

Title
Author
Date
Publisher
Description
Maryland health department site down after security incident
December 6, 2021
AP NEWS
BALTIMORE (AP) -- Maryland's health department's website is offline after a "network security incident."Maryland Department of Health spokesman Andy Owen said the Maryland Security Operations Center is investigating a "network security incident" involving the health department, news outlets reported.
Maryland mayor charged with posting revenge porn on Reddit
November 15, 2021
AP NEWS
CAMBRIDGE, Md. (AP) -- A Maryland mayor has been arrested and charged with distributing revenge porn online, prosecutors announced Monday. Andrew Bradshaw, the 32-year-old mayor of Cambridge on Maryland's Eastern Shore, is accused of posting nude photos of a woman he was no longer in a romantic relationship with.
BC-The Conversation for October 20, 10am, ADVISORY
October 20, 2021
AP NEWS
Here's a look at what The Conversation, a non-profit source of explanatory journalism from experts in academia, is offering today.AP members may find The Conversation content on AP Newsroom or through AP webfeeds.
Maryland sees increase in precipitation, sea level, flooding
By DEVON MILLEY and CLARA NIEL of Capital News Service
October 13, 2021
AP NEWS
Over the past 20 years, rainfall, flooding and sea level have increased across Maryland, according to data collected from the National Oceanic and Atmospheric Administration (NOAA). From 2000 to 2020, precipitation in Maryland increased by 2.63 inches per decade, according to NOAA.
Nevada among last states to add rapid tests to virus tally
By SAM METZ, AP / Report for America
October 9, 2021
Chron
CARSON CITY, Nev. (AP) - Nevada this week became one of the last states to publicly...
SHOW MORE
maryland.gov
Is a