Lynk is a satellite IoT network provider and a developer of space cell tower technology designed to offer broadband connectivity directly to standard cell phones. The company's technology offers global communications using nanosatellites to perform emergency texting, emergency broadcast warnings, and instant backup communications for first responders after a disaster—anywhere in the world. It aims to provide broadband connectivity directly to ordinary mobile phones in isolated areas. Lynk was founded in 2016 and is headquartered in Falls Church, Virginia. The company was formerly known as Ubiquitilink.

The company works to provide cellular connectivity services and a reliable way to communicate in isolated areas, especially for relief agencies and first-responders and in the case of terrestrial network interruptions. Part of the network is intended to serve areas where there are no cell towers and therefore no cell service. 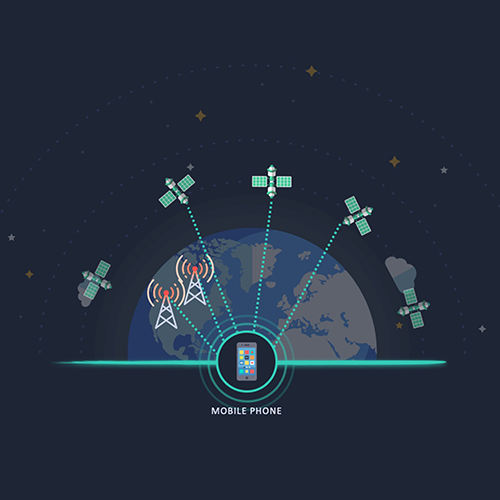 Example of how Lynk's network is intended to operate.

Lynk's technology is intended to use the company's low-Earth orbit satellite constellation, orbiting at around 500 kilometers, to connect cell phones and provide phone signal without interrupting the mobile phone protocol. This would have the satellites operating as cell towers, but from space, which reduces the amount of interruptions that terrestrial networks experience.

Title
Author
Date
Publisher
Description
"Knowledge-as-a-service" platform Lynk announces collaboration with UBS
Catherine Shu
May 5, 2021
TechCrunch
Lynk announced today that its "knowledge-as-a-service" platform will be integrated into UBS' investment process. The collaboration means the banking giant's research analysts and institutional clients, including hedge funds, private equity firms and sovereign wealth funds, will have access to Lynk's database of 840,000 experts around the world. Founded in 2015, Lynk has raised a total [...]