Lamborghini is an Italian manufacturer of premium sports cars that have been firmly holding the palm in this field for many years.

Lamborghini is an Italian manufacturer of premium sports cars that have been firmly holding the palm in this field for many years.

The owner of the company, Ferruccio Lamborghini, started his business with the production of tractors. According to a popular legend, once he approached the Ferrari manufacturer complaining about the limitations of the clutch in his recently purchased car, received advice from Ferrari not to interfere in what he did not understand. Then Ferruccio decided to fix the problem by himself. And when he succeed, he realized that he want to produce his own cars that would not have any flaws.

So in 1963, Lamborghini was founded, and a year later, the Lamborghini 350 GT serial car entered the market, it becomes the first major success of Lamborghini. 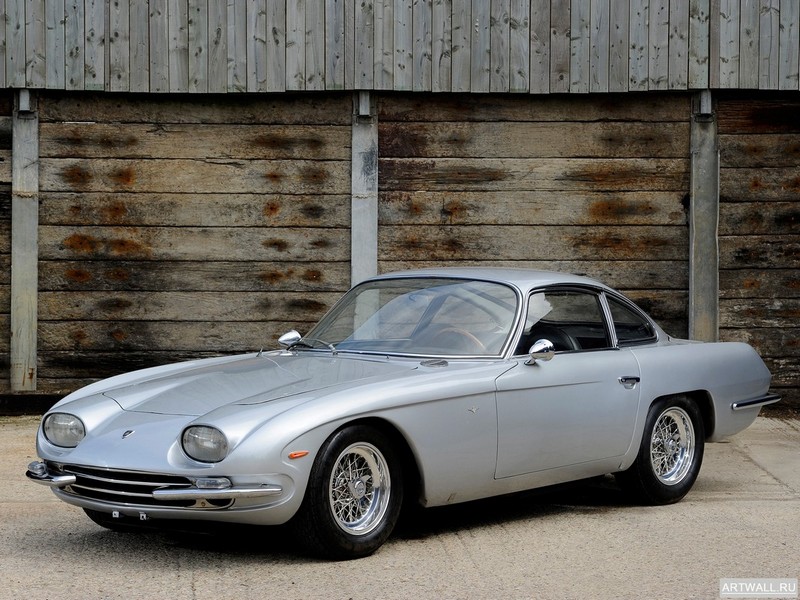 The oil crisis of the 1970s almost knocked the company down, which at that time already earned worldwide fame. Falling demand for cars and disruptions in the supply of spare parts brought the giant to bankruptcy, but Lamborghini was saved by the Swiss brothers Mimrans, who purchased it out.

In 1987, the company was resold to Chrysler Corporation, in 1994 it was owned by the Megatech investment group, and in 1998 by Audi AG. Each time, the resale went to the benefit of Lamborghini and forced it to develop and prosper.

Lamborghini cars are decorated with a stylized symbol of a bull since Ferruccio's zodiac sign was Taurus.

Tractors Lamborghini is still in production, but they are handled by another manufacturer.

In 2001, the Lamborghini Museum was opened in the Italian commune of Sant'Agata Bolognese.

In the mid-1980s, Lamborghini produced a limited-production run of a 1,000 cc (61.0 cu in) sports motorcycle. UK weekly newspaper Motor Cycle News reported in 1994 – when featuring an example available through an Essex motorcycle retailer – that 24 examples were produced with a Lamborghini alloy frame having adjustable steering head angle, Kawasaki GPz1000RX engine/transmission unit, Ceriani front forks and Marvic wheels. The bodywork was plastic and fully integrated with front fairing merged into fuel tank and seat cover ending in a rear tail-fairing. The motorcycles were designed by Lamborghini stylists and produced by French business Boxer Bikes.

Lamborghini was founded by Ferdinand Porsche and Ferruccio Lamborghini.

Lamborghini Urus: sky is the limit

Title
Author
Date
Publisher
Description
Automakers race to design desire for luxury and tech
Tamara Warren
September 7, 2021
TechCrunch
In late summer, car collectors converged in Monterey, Detroit and, most recently, Oxford, England, in an annual tradition focused on ogling over -- and oftentimes bidding for -- luxury and historic vehicles. The outdoor luxury automotive events ruled in 2021 after a universal pause the year before due to the COVID-19 pandemic. The events, which [...]
New Countach LPI 800-4: Future is our legacy
August 13, 2021
WebWire
Lamborghini presents the Countach LPI 800-4, the commemorative version celebrating the 50th anniversary of the iconic model that since 1971 has revolutionized forever the modern super sports car scene and inspired everything that has come afterwards, incarnating the summa of Lamborghini DNA. An even more visionary and futuristic design characterizes this new totally reinvented version produced in just 112 units, destined to once again change the rules of the game and to open the road to a...
Lamborghini's Countach LPI 800-4 is an 802-horsepower hybrid supercar
Henry Pickavet
August 13, 2021
TechCrunch
After all the leaks and teases, Lamborghini has finally announced its new hybrid-engine Countach. Thankfully, almost everything you need to know about the car is in its model designation: LPI 800-4.
New Lamborghini Countach Revealed As 803-HP Hybrid V12 Hypercar
Christopher Smith
August 13, 2021
Motor1.com
The Lamborghini Countach LPI 800-4 debuted at The Quail during the 2021 Monterey Car Week, and it's the first new Countach in over 30 years.
Lamborghinis almost sold out amid post-lockdown 'revenge spending' spree
James Crisp
June 11, 2021
The Telegraph
Having spent the last year at home, some people are treating themselves to high-end items including luxury cars
SHOW MORE
lamborghini.com
porsche.com
porsche.co.il
porsche.de
Is a