An American mathematician, economist, and managing director of Thiel Capital. He is also credited for coining the term "intellectual dark web", to describe an online group of prominent heterodox intellectuals.

Eric Weinstein is a Jewish-American mathematician and economist born in Los Angeles, California in 1965, and the brother of biologist Bret Weinstein. Eric Weinstein is the managing director of the investment firm Thiel Capital, and serves as a research fellow at the Mathematical Institute of Oxford University. He was also the co-founder and former principal of the Natron Group.

Weinstein publishes and speaks about several topics which include: gauge theory, immigration, market for elite labor, management of financial risk, and incentivizing risk taking behavior in scientific disciplines. He can be found speaking about these topics on several popular podcasts such as the Joe Rogan Experience, the Rubin Report, the Ben Shapiro Show, and the Making Sense with Sam Harris Podcast. He is also a frequent contributor to Edge.org.

On July 3, 2019 Eric Weinstein announced his podcast called "The Portal" on the Joe Rogan Experience podcast. 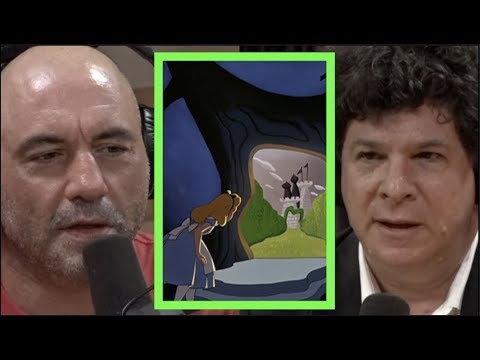 Eric Weinstein publicly announces his podcast called "The Portal", where its name comes from, and the motivation behind the podcast.

Eric Weinstein is credited with coming up with the term "intellectual dark web" when being interview by Sam Harris on episode 112 of Sam Harris's Waking Up Podcast (now called the Making Sense Podcast with Sam Harris). Weinstein first used the term to describe intellectuals who are considered 'toxic' by the mainstream media, but have still managed to become prominent figures online through their controversial and heterodox thinking.

Three years after completing his B.A. and M.A. at the University of Pennsylvania, Eric Weinstein began a Ph.D program at Harvard University. He attended Harvard University in Cambridge, Massachusetts from 1985 to 1992, and graduated with a Ph.D in mathematical physics specializing in mathematical physics, gauge theory, differential geometry, and exceptional algebra. His dissertation for his Ph.D thesis is titled "Extension of Self-Dual Yang-Mills Equations Across the 8th Dimension".

From 1991 to 1993 Eric Weinstein was a post-doctoral fellow at the Hebrew University of Jerusalem in the Ranch Institute of Physics and the Einstein Institute of Mathematics. During his time at the Hebrew University of Jerusalem Weinstein researched higher dimensional elliptic gauge theories and related topics, he also was a co-organizer of the Lie Groups and Physics seminar.

After finishing his post doctoral studies at the Hebrew University of Jerusalem, Eric Weinstein moved to back to Cambridge, Massachusetts to become an instructor and National Science Foundation post-doctoral fellow in the department of mathematics at the Massachusetts Institute of Technology (MIT). During his time at MIT he pursued research into mathematical physics, intertemporal economics, scientific labor markets, and differential geometry.

Eric Weinstein serves as a visiting research fellow in the Mathematical Institute of Oxford University.

Eric Weinstein is the managing director of Thiel Capital.

In 2001 Eric Weinstein became the head of research at AdKap LLC, and also became a consultant-at-large for Capital Market Risk Advisors to analyze transparency problems associated with hedge funds with illiquid exposure.

From 2000 to 2002 Eric Weinstein acted as an external collaborator for the United Nations and the International labor office. He proposed a restructuring of Kuwaits foreign worker program, which is still pending adoption by the U.N. Migrant division, to a 'permit market' model designed to solve several problems associated with migrants outnumbering citizens in Kuwait.

A mathematician named Marcus du Sautoy invited Eric Weinstein to come give a lecture at Oxford University on his theory of the universe. Marcus du Sautoy and Weinstein knew each other prior to the invitation. They met each other prior to the lecture invitation in the 1990's during their time at the Hebrew University as postdoctoral mathematical students.

On May 23, 2013 Weinstein gave his 2-hour lecture, titled "Geometric Unity", at Oxford University in the Clarendon Laboratory. There were few physicists in attendance for reasons outside of Weinstein's control. He gave a repeat lecture to get his ideas in front of more physicists at Oxford University on May 31st, 2013. After his lecture, Weinstein did not offer any published scientific papers or equations supporting his "Geometric Unity" theory, but did make claims about how his theory can potentially solve difficult unsolved issues facing the physics community regarding dark, matter, dark energy, and quantum gravity.

His theory his based off of the naturally occurring geometric symmetry found in the universe and mathematical equations. Weinstein theorizes we live in a 14-dimensional universe consisting of three dimensions of space plus one for time. Weinstein says you get the extra dimensions (from 4 to 14) by "extending the mathematics of the original four, which appear in general relativity as the diagonal entries in a four-by-four matrix".

Weinstein believes his theory builds on the work of famous physicists such as Albert Einstein, Paul Dirac, and Chen Ning Yang, he states:

The principal authors of all three of our most basic equations subscribe to the aesthetic school, while the rest of the profession had chased the consequence of beauty with adherence to data. For example, Dirac predicted the existence of the positron based on the symmetries of his equation describing the electron. He was lead by the beauty of the mathematics, not the data at the time, which said such a thing did not exist.

Weinstein's theory of Geometric Unity also predicts the existence of new particles and their mirror particles; which could be the particles that make it possible to accurately account for dark matter, according to Weinstein. A physicist at the University of Oxford, named Joseph Conlon, commented on Weinstein's new particle s not being discovered by experiments at the Large Hadron Collider by publicly stating "The trouble is that we should already have seen some of Weinstein's new particles, if they exist".

Eric Weinstein believes academics community responded poorly to his Geometric Unity lecture because they "subscribe to a rubric, which is 'paper or it didn't happen. In other words, 'put up or shut up' give us a paper or it didn't happen''". When commenting on why a paper is not yet published, Weinstein said the following during a conversation he was having on episode #1320 the Joe Rogan Experience Podcast:

Because my trajectory through math and physics was very unusual. I have a very low trust of the academic community. I support them, as you can tell, you know I 'm extolling the virtues of science. But I was subjected to a situation in graduate school... You know I'm probably the only person you have ever met that holds a Ph.D that was not allowed to attend his own thesis defence.

Eric Weinstein was born into a Jewish family. He is married to Pia Malaney (who is also an economist), and is the brother of Bret Weinstein (a well known biologist).

2010 : HOW IS THE INTERNET CHANGING THE WAY YOU THINK?

2012 : WHAT IS YOUR FAVORITE DEEP, ELEGANT, OR BEAUTIFUL EXPLANATION?

2016 : WHAT DO YOU CONSIDER THE MOST INTERESTING RECENT [SCIENTIFIC] NEWS? WHAT MAKES IT IMPORTANT?