Albert Einstein, (born March 14, 1879, Ulm, Württemberg, Germany—died April 18, 1955, Princeton, New Jersey, U.S.), German-born physicist who developed the special and general theories of relativity and won the Nobel Prize for Physics in 1921 for his explanation of the photoelectric effect. Einstein is generally considered the most influential physicist of the 20th century.

Einstein’s parents were secular, middle-class Jews. His father, Hermann Einstein, was originally a featherbed salesman and later ran an electrochemical factory with moderate success. His mother, the former Pauline Koch, ran the family household. He had one sister, Maria (who went by the name Maja), born two years after Albert. 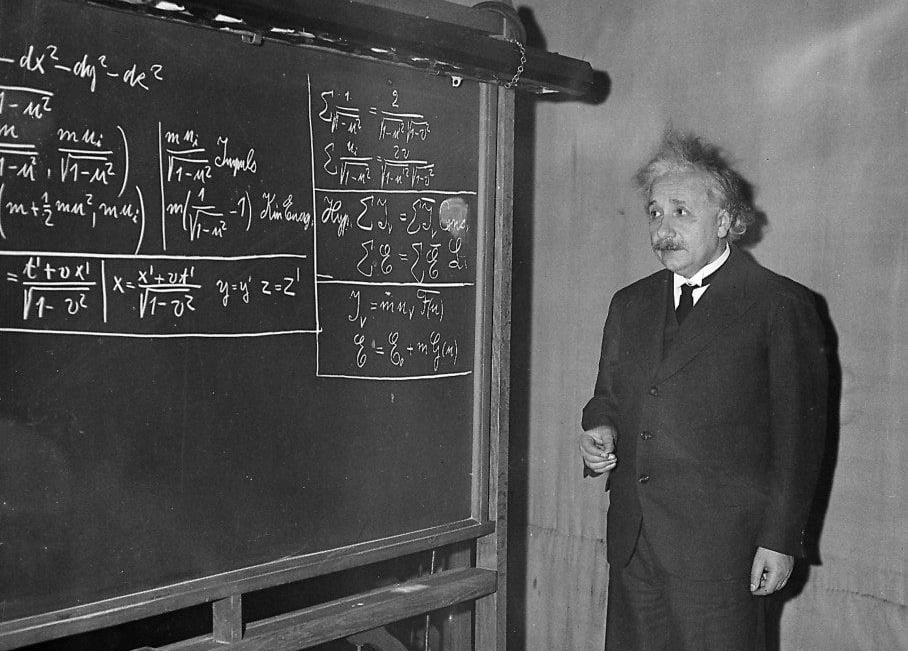 Einstein would write that two “wonders” deeply affected his early years. The first was his encounter with a compass at age five. He was mystified that invisible forces could deflect the needle. This would lead to a lifelong fascination with invisible forces. The second wonder came at age 12 when he discovered a book of geometry, which he devoured, calling it his “sacred little geometry book.”

Einstein became deeply religious at age 12, even composing several songs in praise of God and chanting religious songs on the way to school. This began to change, however, after he read science books that contradicted his religious beliefs. This challenge to established authority left a deep and lasting impression. At the Luitpold Gymnasium, Einstein often felt out of place and victimized by a Prussian-style educational system that seemed to stifle originality and creativity. One teacher even told him that he would never amount to anything.

Yet another important influence on Einstein was a young medical student, Max Talmud (later Max Talmey), who often had dinner at the Einstein home. Talmud became an informal tutor, introducing Einstein to higher mathematics and philosophy. A pivotal turning point occurred when Einstein was 16 years old. Talmud had earlier introduced him to a children’s science series by Aaron Bernstein, Naturwissenschaftliche Volksbucher (1867–68; Popular Books on Physical Science), in which the author imagined riding alongside electricity that was traveling inside a telegraph wire. Einstein then asked himself the question that would dominate his thinking for the next 10 years: What would a light beam look like if you could run alongside it? If light were a wave, then the light beam should appear stationary, like a frozen wave. Even as a child, though, he knew that stationary light waves had never been seen, so there was a paradox. Einstein also wrote his first “scientific paper” at that time (“The Investigation of the State of Aether in Magnetic Fields”). 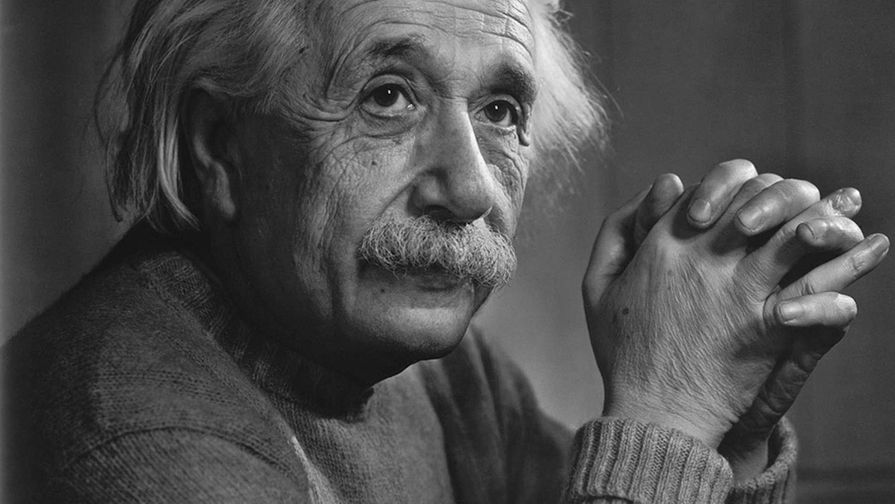 Einstein’s education was disrupted by his father’s repeated failures at business. In 1894, after his company failed to get an important contract to electrify the city of Munich, Hermann Einstein moved to Milan to work with a relative. Einstein was left at a boardinghouse in Munich and expected to finish his education. Alone, miserable, and repelled by the looming prospect of military duty when he turned 16, Einstein ran away six months later and landed on the doorstep of his surprised parents. His parents realized the enormous problems that he faced as a school dropout and draft dodger with no employable skills. His prospects did not look promising.

Fortunately, Einstein could apply directly to the Eidgenössische Polytechnische Schule (“Swiss Federal Polytechnic School”; in 1911, following expansion in 1909 to full university status, it was renamed the Eidgenössische Technische Hochschule, or “Swiss Federal Institute of Technology”) in Zürich without the equivalent of a high school diploma if he passed its stiff entrance examinations. His marks showed that he excelled in mathematics and physics, but he failed at French, chemistry, and biology. Because of his exceptional math scores, he was allowed into the polytechnic on the condition that he first finish his formal schooling. He went to a special high school run by Jost Winteler in Aarau, Switzerland, and graduated in 1896. He also renounced his German citizenship at that time. (He was stateless until 1901, when he was granted Swiss citizenship.) He became lifelong friends with the Winteler family, with whom he had been boarding. (Winteler’s daughter, Marie, was Einstein’s first love; Einstein’s sister, Maja, would eventually marry Winteler’s son Paul; and his close friend Michele Besso would marry their eldest daughter, Anna.)

Einstein would recall that his years in Zürich were some of the happiest years of his life. He met many students who would become loyal friends, such as Marcel Grossmann, a mathematician, and Besso, with whom he enjoyed lengthy conversations about space and time. He also met his future wife, Mileva Maric, a fellow physics student from Serbia.

April 18: He died in Princeton Hospital at the age of 76
Albert Einstein experienced internal bleeding
Co-signs the Russell-Einstein Manifesto warning of the nuclear threat
Albert Einstein is offered presidency of the State of Israel
Mileva dies
He works on behalf of the cause for disarmament
Einstein is appointed chairman of the Emergency Committee for Atomic Scientists
WW2 ends with the terrible nuclear bombing of Hiroshima and Nagasaki
Works with the Research and Development Division of the U.S. Navy on Ammunition and Explosives
Einstein becomes a citizen of the United States but also retains his Swiss citizenship
...

Title
Author
Date
Publisher
Description
A Nobel Prize for Stephen Hawking That Might Have Been
Dennis Overbye
October 4, 2021
www.nytimes.com
A recent study of black holes confirmed a fundamental prediction that the theoretical physicist made nearly five decades ago. But the ultimate award is beyond his reach.
Scientists Detect Light Being Ejected From Behind Black Hole, Proving Einstein's Theory Correct
Edited by Gadgets 360 Newsdesk
July 31, 2021
NDTV Gadgets 360
Researchers have now been able to see light being ejected from behind a supermassive black hole, 800 million light-years away from Earth. These light waves -- called "echoes" -- were detected in the form of X-rays, according to a study published in the Nature journal.
Light from behind a supermassive black hole! Yes, in a historic first, it has been recorded
July 31, 2021
HT Tech
Black holes are infamous for swallowing even light. Nothing can escape it. Yet, in a historic development, researchers have just detected light from the back of a black hole.
Wednesday evening UK news briefing: Charlotte Dujardin becomes most-decorated British female Olympian
Chris Price
July 28, 2021
The Telegraph
Also from this evening's Front Page newsletter: How Albert Einstein has been proven right about black holes. Sign up below
Star Trek 's Warp Drive Leads to New Physics
Robert Gast, Spektrum
July 13, 2021
Scientific American
Scientific American is the essential guide to the most awe-inspiring advances in science and technology, explaining how they change our understanding of the world and shape our lives.
SHOW MORE