An Australian pilot and entrepreneur. He is the founder of JetPack Aviation.

David Mayman, a citizen of Australia, is a California-based business person and founder of JetPack Aviation.

He is originally from Australia, where he earned a bachelor's degree in Business Management from the University of Technology, Sydney. He also got his pilots license for multiple regions, including Australia, the European Union, and the United States of America.

His early career consisted of working in management consulting and he later moved into working with mergers and acquisitions in the mining and resources industries. He also acted as an investor, making direct investments in gold and base metal related tenements. He ventured into entrepreneurship in 2006 when he co-founded TrueLocal and YourLocal, both of which were media companies.

Mayman then worked with engineers between 2011 and 2016 to create a jetpack. The jetpack was developed by 2015, and in the same year, he took the first Federal Aviation Administration (FAA)-approved JetPack flight around the Statue of Liberty. In 2016, Mayman founded JetPack Aviation, where he is also the CEO. 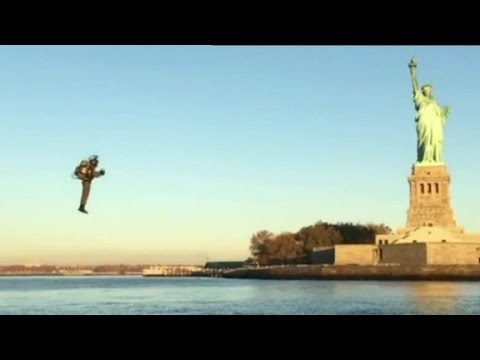 Aussie flies 'world's only jetpack' around Statue of Liberty

Title
Author
Date
Publisher
Description
JetPack Aviation raises $2M to build the prototype of its flying motorcycle
Darrell Etherington
November 13, 2019
TechCrunch
Flying cars are fine - but why use a car when you can have a motorcycle instead? YC-backed startup JetPack Aviation wants to answer that question with the world's first flying motorcycle, a personal aircraft dubbed 'The Speeder,' a name that Star Wars fans will surely appreciate. Now, JetPack has raised a seed round of [...]