Bill Gates is an entrepreneur, technologist, author, investor, and philanthropist. He is the founder of Breakthrough Energy and a co-founder of The Giving Pledge, Microsoft Corporation, and the Bill & Melinda Gates Foundation.

Bill Gates is an entrepreneur, technologist, business leader, and author. He co-founded Microsoft in 1975 and the Bill & Melinda Gates Foundation in 2000 and is an active investor and philanthropist.

In 2010, he co-founded The Giving Pledge with Melinda French Gates and Warren Buffett in an effort to encourage the world’s wealthiest families and individuals to publicly commit more than half of their wealth to philanthropic causes and charitable organizations during their lifetime or in their will. In 2015, he founded Breakthrough Energy, which works to address climate change by supporting the next generation of entrepreneurs, big thinkers, and clean technologies. He has also invested in dozens of companies, including Canadian National Railway and AutoNation, and is one of the largest owners of farmland in the US. He is the fourth richest person in the world, with an estimated net worth of $136 billion as of March 2022. 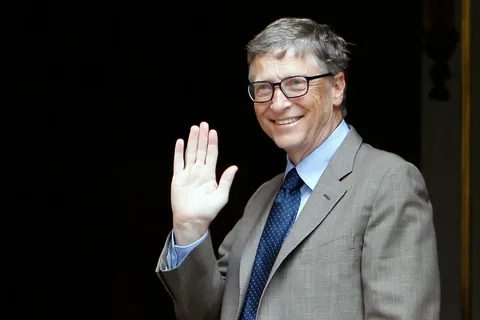 In 1975, Bill Gates started "Micro-soft" with his childhood friend Paul Allen. Their vision was to put a “a computer on every desktop and in every home.” Soon after founding the company in Albuquerque, New Mexico, they renamed it Microsoft and moved it to Washington state. Gates was still a student at Harvard University at the time, but dropped out after the fall semester of 1976 to dedicate his time to the company.

Gates led the company to become the worldwide leader in business and personal software and served as CEO and chairman. In 2000, Gates announced he was stepping down as CEO, but remained on as chairman and chief software architect. In 2008, Gates left his daily job at Microsoft, and in 2014, he left as chairman but remained on the board. In March 2020, Gates resigned from the board but said "Microsoft will always be an important part of my life’s work and I will continue to be engaged with Satya and the technical leadership to help shape the vision and achieve the company’s ambitious goals." 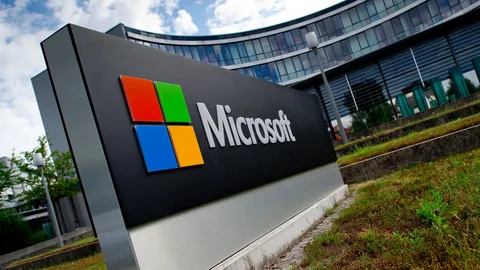 Bill Gates and Melinda French Gates started their charitable foundation in 2000. The Bill & Melinda Gates Foundation is a non-profit fighting poverty, disease, and inequity around the world and has granted more than $60 billion in aid. Gates serves as co-chair of the Board of Trustees. 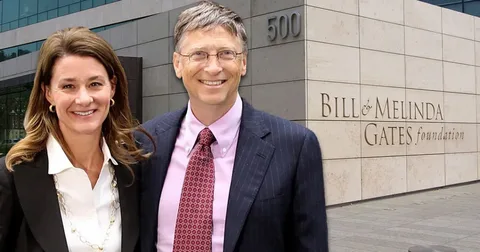 Bill Gates co-founded The Giving Pledge in August 2010, with Melinda French Gates and Warren Buffett. The Giving Pledge is a movement of ultra-wealthy philanthropists who commit to give the majority of their wealth to charitable causes, either during their lifetimes or in their wills. At its outset, forty of America’s wealthiest people made a commitment to give the majority of their wealth. It began in the United States and has since grown worldwide.

Bill Gates married Melinda French Gates on January 1, 1994. They have three children, Rory, Pheobe, and Jennifer. They divorced on August 2, 2021, after twenty-seven years of marriage.

Bill Gates was born William Henry Gates III on October 28, 1955, in Seattle, Washington. His father, William Henry Gates, Sr., was a lawyer, and his mother, Mary Gates, was a teacher. Gates grew up in Seattle with his two sisters and friend Paul Allen and attended Lakeside School, where he used his first computer. In 1973, Gates started college at Harvard University. He dropped out to start Microsoft with his childhood friend, Paul Allen. In 2007, he was awarded an honorary degree from Harvard University.

Bill Gates publishes his book How to Prevent the Next Pandemic.

The billionaire and co-founder of Microsoft wrote the book How to Prevent the Next Pandemic. He promised to publish it on May 3, 2022. The billionaire

promised to tell in the book what lessons can be learned from the COVID-19 pandemic and how the world can be improved to avoid its repetition in the future. Gates also promised to tell what it's like to live, being a constant object of conspiracy theories. “In the book, I lay out concrete steps we can take to not only stop future pandemics, but also improve health care for all people around the world. I lay out the lessons we can learn from this pandemic, the innovations we need to save lives, and the new tools we need to prevent the spread of pathogens,” Gates wrote on his blog.

In addition, he promised to talk about conversations with the chief American infectious disease specialist Anthony Fauci and the director general of the World Health Organization, Tedros Ghebreyesus. He also decided to explain to readers "what it's like to be the subject of conspiracy theories."

Earlier, Bill Gates said that the world could be covered by new pandemics of other viruses that would be more dangerous than COVID-19. This was reported by the Financial Times. In his opinion, the population needs to prepare for the emergence of a pathogen that will cause a higher level of death or severe illness.

In August, the couple's divorce was made final, after a judge approved their agreement. According to CNN, neither Bill nor Melinda will pay spousal support, as per court documents. 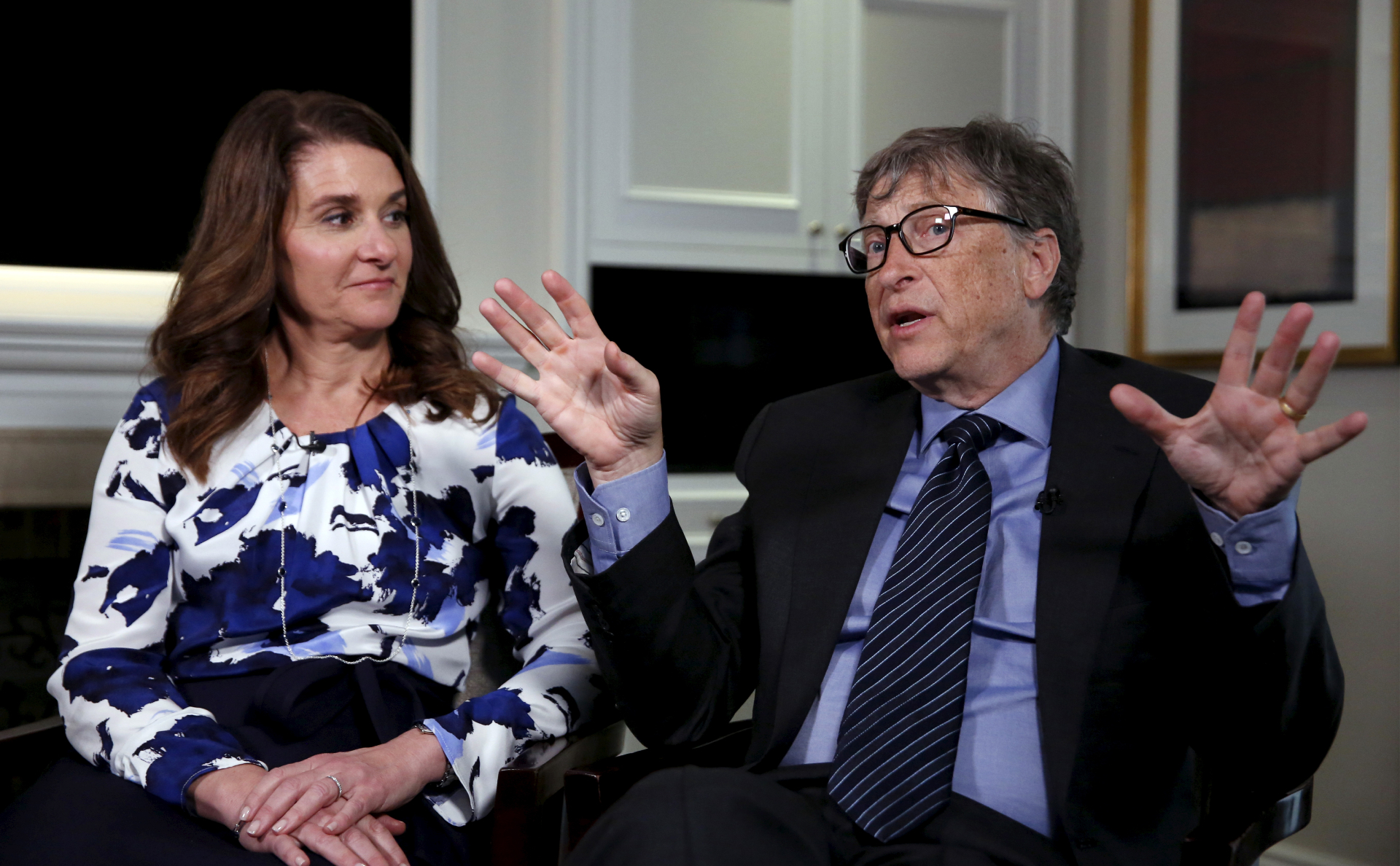 Bill Gates and Warren Buffett will build a $1 billion "next generation" nuclear reactor in Wyoming.

Billionaire friends Buffett and Gates are building a $1 billion next-generation nuclear reactor. Bill Gates' TerraPower and Warren Buffett's PacifiCorp chose Wyoming for the Natrium project. The peak power of the future reactor will be 500 MW. It will be able to provide energy to approximately 400,000 homes.

Natrium belongs to a class of advanced nuclear reactors capable of complementing renewable energy plants. They are considered more environmentally friendly than traditional nuclear power plants. In addition, according to the World Nuclear Association (WNA), they have a simplified design, they use less fuel, are cheaper and safer than conventional reactors.

Bill Gates publishes his book How to Avoid a Climate Disaster: The Solutions We Have and the Breakthroughs We Need.

Bill Gates resigns from the board of Microsoft.

Gates resigned from the Microsoft board of directors on March 13, 2020 - three months after his re-election. In official documents and on his LinkedIn page, the billionaire said he wants to focus on philanthropy and will continue to be a technical adviser to Microsoft CEO Satya Nadella. May 17, 2021

Title
Author
Date
Publisher
Description
Gates, French Gates offer post-divorce philanthropic plans
The Associated Press
December 1, 2021
AP NEWS
Bill Gates and Melinda French Gates say they will still work with the Giving Pledge, the campaign they co-founded with Warren Buffett in 2010 to encourage billionaires to donate the majority of their wealth through philanthropy.
Business Highlights: Battery plants, Facebook hires
By The Associated Press
October 18, 2021
AP NEWS
___Automakers step up pace on electric vehicle battery plantsDETROIT (AP) -- Global automakers are stepping up the pace when it comes to building factories to prepare for what many believe will be a fast-moving transition from internal combustion engines to electric vehicles.
Microsoft says it warned Bill Gates about flirting in 2008
October 18, 2021
AP NEWS
REDMOND, Wash. (AP) -- Microsoft executives in 2008 warned Bill Gates to stop sending flirtatious emails to a female employee but dropped the matter after he told them he would stop, the company revealed Monday.
Late-night shows took on the climate crisis. We ranked them from best to worst.
Grist staff
September 23, 2021
Grist
The "late" of late night TV would seem to extend beyond its broadcast time to the timeliness of its subject matter.
Bill Gates' investment firm to take control of Four Seasons in $2.21 billion deal
September 8, 2021
The Economic Times
Cascade will acquire 23.8% of the billionaire prince's stake in Four Seasons, raising its ownership to 71.3% and valuing the hotel chain at $10 billion on an enterprise basis.
SHOW MORE

The Road Ahead (Bill Gates book)

How to Avoid a Climate Disaster (Bill Gates book)

How to Prevent the Next Pandemic (Bill Gates book)
Owner of

William Henry Gates Sr.
Member of Board of Directors of