Echodyne’s radar systems provide high-resolution 3D situational awareness data for autonomous vehicles, unmanned aircraft systems, critical infrastructure security, and smart cities. The devices are small enough to mount on drones, and the company claims it to be the order of a magnitude powerful than current sensors. The device is aimed at helping to keep airports and restricted airspace safe from drones. Echodyne uses metamaterial to create phased-array radars on a much smaller scale. It uses a grid of antennas emitting precisely defined patterns, to steer a radar beam in the desired direction. With the beams emitted a few times per second, It can scan the beam over a whole field of view without ever moving the device itself.

EchoGuard Rapid Deployment Kit is a portable radar station built for field agents, law enforcement, and security personnel for use in remote locations. Weighing under 10 kilograms, it is capable of operating 24-hours with replaceable batteries. 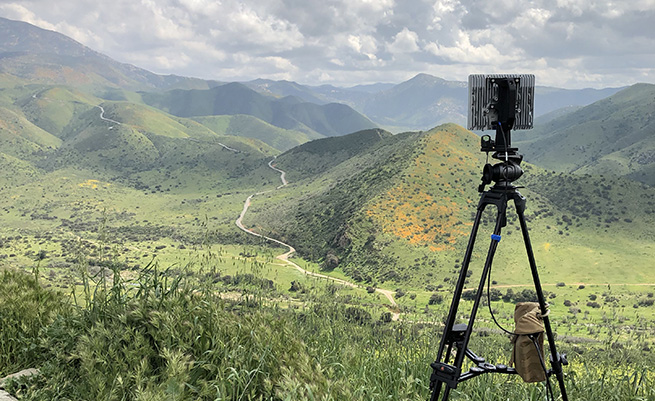 The portable field radar kit may be used for ground or air-based surveillance. Equipped with touch screen user interface and wired/wireless communication abilities, it is suited for quick deployment to detect, track, and interrogate multiple air or land-based objects with precise geo-location capability.

Eben Frankenberg and Tom Driscoll founded the company in 2014 and is headquartered in Bellevue, Washington.

Title
Author
Date
Publisher
Description
Echodyne steers its high-tech radar beam on autonomous cars with EchoDrive
Devin Coldewey
January 6, 2020
TechCrunch
Echodyne set the radar industry on its ear when it debuted its pocket-sized yet hyper-capable radar unit for drones and aircraft. But these days all the action is in autonomous vehicles -- so they reinvented their technology to make a unique sensor that doesn't just see things but can communicate intelligently with the AI behind the wheel.