AirCar is a team of engineers, pilots, industrial designers and entrepreneurs with the vision of making an all-electric vertical takeoff and landing (eVTOL) flying car. They have envisioned a prototype capable of a top speed of 120 km/h with a range of 72 km (or 42 miles) with a 2 passenger and 500 kg lift capacity. The motors would produce 400 kW or 530 hp. The prototype could be charged by 80% in 15 minutes.

The AirCar's vision is to build an autonomous eVTOL aircraft using artificial intelligence (AI). The AI would fly the aircraft safely and around other airborne vehicles and take commands from its passengers as well. The AirCar is envisioned to be a completely autonomous AI all-electric eVTOL aircraft. 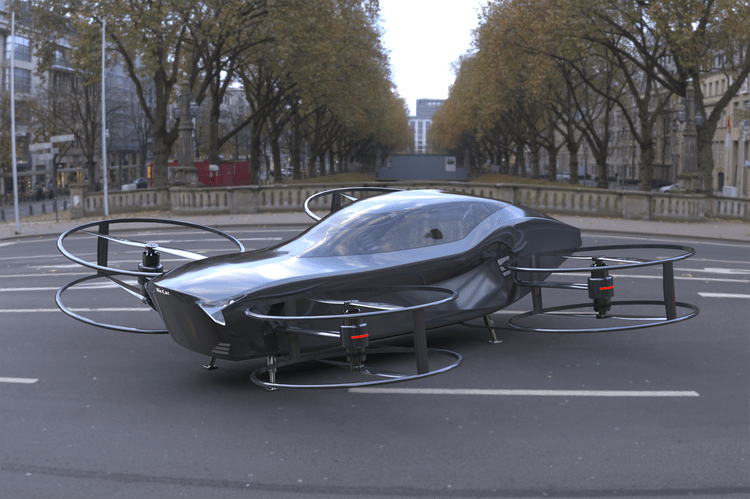 A rendering of the AirCar concept.

The prototype shows a total seat length of 1.3 meters, providing a 0.65-meter seating area for each passenger. Their would be a ballistic parachute lever placed below either seat.

As of January 2020, the AirCAR website has 3-D graphics of what they envision their AirCar to look like. Their website reveals no press releases, no scale models and no working prototypes.

Of their competitors, Kitty Hawk, Moog SureFly, Opener BlackFly, Terrafugia Transition and Volocopter have working prototypes, either at scale or full-sized.