The first restaurant of the Black Star Burger chain opened on September 16, 2016 in Moscow on Novy Arbat. Investments in its opening amounted to 20 million rubles (and "recaptured the money", according to one of the founders, in just three months). The line formed at the opening of the restaurant was included in the Russian Book of Records "for the largest number of people dancing in it" (the size of this "dancing line" was 668 people) 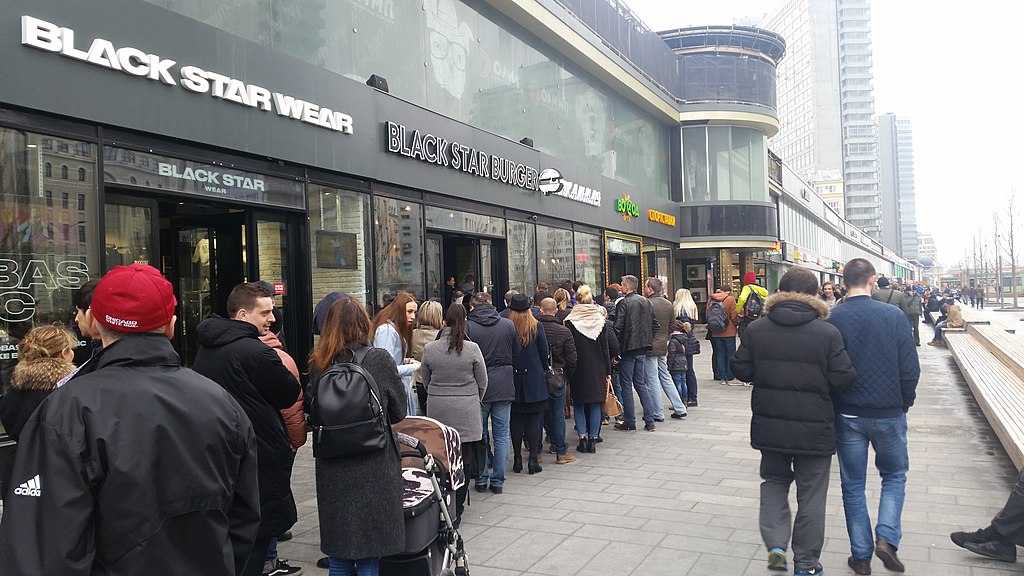 Burger shops have made black disposable gloves that come with burgers to avoid getting their hands dirty while eating. At the end of March 2017, a second restaurant was opened on Tsvetnoy Boulevard in Moscow.

On September 19, 2017, a restaurant was opened in Grozny on Putin Avenue, the opening ceremony was attended by the head of Chechnya, Ramzan Kadyrov. Subsequently, this restaurant was transferred to Chechen entrepreneurs Movsadi Alviev and his partner Akhmad Aidamirov, and Timati's Black Star Foods company completely went out of bunss in Chechnya.In July 2017, Pavel Kuryanov, CEO of the Black Star holding, argued that the network would become the leader in terms of financial results for the year, which should exceed 1 billion rubles.

By June 2018, the chain included 9 restaurants, but the restaurant in Voronezh was under threat of closure due to claims from Rospotrebnadzor regarding the sanitary and epidemiological state.

One of the founders of the network, Pavel Kuryanov, said that the reputational damage to Timati's entire business was caused by the failure of his video "Moscow", released in support of Moscow Mayor Sergei Sobyanin. At the same time, this track, which received 1 million dislikes in two days, had a connection with Black Star Burger, since along with the lines “I don’t go to rallies, I don’t rub game,” it also contained the line “I’ll slam a burger for Sobyanin’s health.” According to Kuryanov, as a result, “fewer people began to go to burgers.