"Kroshka-kartoshka" is a Russian chain of fast food cafes

Kroshka Kartoshka is a Russian chain of fast food cafes, consisting of more than 250 service points. The central office is in Moscow, an additional office is in St. Petersburg.

In 1998, Andrey Leonidovich Kononchuk and Vitaly Petrovich Naumenko registered the Technology and Nutrition company. In August 1998, the first point of the Kroshka Kartoshka autocafe network was opened in Moscow. The main product of the network was a whole baked potato in foil stuffed with cheese, butter and salads to choose from. 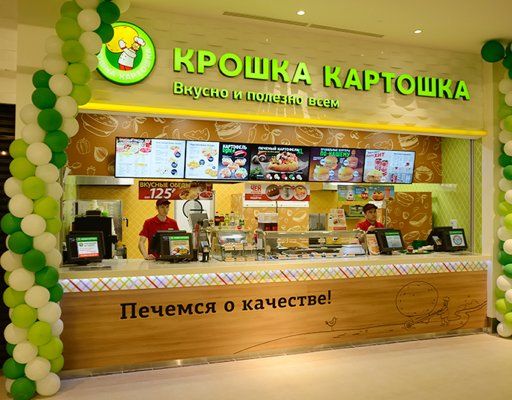 During the first eight years of activity, the company opened more than 200 points of autobuffets, pavilions and stationary cafes, and not only in Moscow, but also in St. Petersburg, Sergiev Posad, Surgut, Tyumen, Yekaterinburg, Chelyabinsk, Krasnodar, Kurgan , Kyiv; as of 2017, 30 cities of presence are reported.

Search on Google
Search on Bing
kartoshka.com
Is a