Women's health refers to the branch of medicine that focuses on the treatment and diagnosis of diseases and conditions that affect a woman's physical and emotional well-being.

Women's health refers to the branch of medicine that focuses on treating and diagnosing the diseases and conditions that affect women’s physical and emotional well-being that differ from men’s health. Women's health includes many specialists, doctors, testing, and resources for women, including preventative care, breast care, sexual health, reproductive health, and more. As defined by the World Health Organization, women’s health is “a state of complete physical, mental, and social well-being and not merely the absence of disease or infirmity.” There have been arguments made that “women’s health” should be more inclusive with broader terms like ‘the health of women’ or ‘female reproductive health,’ as female is sex and woman is a gender-affirming term. Additionally, intersex and transgender individuals would experience a need for female reproductive healthcare despite presenting as male or adjacent.

Though healthcare for females is recognized as an essential function of the human healthcare system in the United States and other industrialized countries, significant inequalities exist globally in countries with fewer resources for women. In these countries, women experience earlier and more severe disease progression with worse outcomes than men. Sex remains an essential factor in health because female health is influenced by biology, society, poverty, employment, and familial responsibility more than males.

Female reproductive and sexual health is distinctly different compared to that of male. Mortality rates for pregnancy and childbirth are exclusive to maternal women; they account for more than 250,000 deaths per year, with significant differences between developed and industrialized countries vs. underdeveloped countries. Other comorbidities that can contribute to higher mortality rates include cardiovascular diseases; preeclampsia; sexually transmitted infections (STI), which can transfer to the child from the mother; pelvic inflammatory disease; and more.

Healthcare concerning female patients can be burdensome. In addition to the struggles of STIs and infertility, women may experience barriers to birth control, unplanned pregnancies, nonconsensual sexual activity, and lack of access to abortion care. Barriers can lead to more adverse emotional and physical distress to afflicted individuals.

Birth control is a form of contraceptive that can be taken orally, injected, or implanted. It is a measure taken to prevent unwanted pregnancies, manage hormonal levels, and therapeutically benefit skin issues like chronic acne. Birth control does come with possible side effects such as weight gain, hormone imbalance, blood clots, and more.

Accessible birth control has not always existed and was previously only available through OB/GYNs, primary care physicians, and clinics like Planned Parenthood; however, various startup companies now offer telehealth services that allow women to obtain birth control online and through discrete mail delivery.

STIs in women can oftentimes be more harmful than they are in men, because some, in extreme cases, can cause infertility or death if they go untreated. Accessibility to testing is of importance to prevent long-term adverse effects. Startups have developed approaches to provide at-home testing kits to women in need of affordable and accessible testing.

Papanicolaou test, also known as a Pap smear, is a test conducted on women to screen the cervix for irregularities. If irregularities are found, additional sensitive diagnostic procedures, and interventions if needed, are conducted to prevent a progression of abnormal cells to cervical cancer, which can be caused by the STI human papillomavirus (HPV). 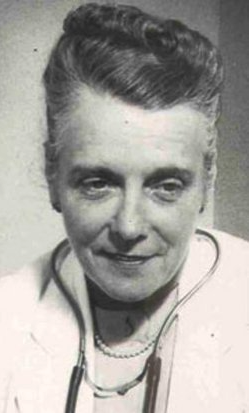 The Pap smear test was invented in the 1920s by Georgios Papanikoloau and Aurel Babes, but a more simple reinvention of the test was introduced by Anna Marion Hilliard in 1957.

Pap smears are recommended to women typically starting at the age of twenty-one and continue on until approximately sixty-five years of age to monitor for signs of cervical cancer. It is suggested for a woman to visit her OB/GYN annually or bi-annually to undergo the test. If a patient receives irregular results, they may have to repeat the exam within six to twelve months.

Females at the age of eleven or twelve will begin to receive HPV vaccines called Gardasil. The Gardasil vaccine protects women from HPV types 6, 11, 16, and 18. Type 6 and 11 are responsible for 90% of HPV-related genital warts, whereas 16 and 18 are responsible for 70% of cervical cancer cases. The vaccine is a preventative measure to protect women from contracting the virus, which cannot be detected in men who are the primary carriers. 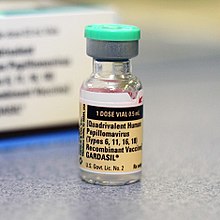 At age sixty-five, women require bone density scan checks to evaluate for osteoporosis. Women are more prone to bone loss at younger ages than men. Men begin bone density testing at approximately age seventy. Women are more prone to bone loss due to thinner and smaller bones and the decrease of estrogen production with age; bones weaken as the hormone previously provided additional bone protection. The likelihood of osteoporosis increases as a woman reaches menopause.

Colon cancer screenings are an important part of detecting cancer early, so it can be treated effectively. It is recommended that black women begin screenings at age forty-five and women of all other races begin at age fifty. Screenings begin at a younger age for black women because the black community is 20% more likely to develop colon cancer and 40% more likely to experience mortality from it, compared with most other groups. Colon cancer, though prominent in women, is more common in men. However, regular screenings remain of high importance.

Educating women on bodily health functions has become more accessible through the development of applications that track periods, ovulation, and have educational features to teach women about their bodies. Various companies have developed tools for women to leverage to better track their bodily functions regarding female reproduction processes.

Femtech is short for 'female technology' and is an industry directly aimed at developing technology for women. Technologies in this industry include mobile applications, wearables, period tracking, fertility tracking, at-home testing kits, and more.