The U.S. Agency for Global Media (USAGM), formerly the Broadcasting Board of Governors (BBG), is an agency of the United States government that broadcasts news and information.

The BBG was formed in 1994 with the passing of the International Broadcasting Act. The act established a bipartisan board that consisted of nine voting members, eight of whom were to be appointed by the President for a three–year term. The ninth was the Secretary of State, also a political appointee, who would serve as an ex officio board member for the duration of his or her term as secretary. At this point, BBG was considered a part of the U.S. Information Agency.

On October 1, 1999, the BBG was established as an independent agency by the Foreign Affairs Reform and Restructuring Act. Despite this change, the act required that the BBG would remain under the supervision of the Inspector General of the State Department and the Foreign Service.

Since the formation of BBG, U.S. international broadcasting expanded greatly, particularly in the post 9/11 foreign policy focus on the Middle East. In 2002, BBG launched Radio Sawa, a 24/7 Arabic language radio network that broadcasts news and a mix of Western and Arabic music in the Middle East. According to the BBG website, Radio Sawa is "one of the most popular radio stations" where it's available on FM radio.

In 2004, Alhurra TV was created as a televised sister network to Radio Sawa and began broadcasting throughout the Middle East. Since its founding, it has established programs such as Al Youm (Today in English), a daily three-hour news program broadcast from five countries on three different continents; and Musawat (Equality in English), a program that focuses on women's issues and rights in the Arab world.

In 2005, the Middle East Broadcasting Network, Inc (MBN) was initiated to oversee Arabic broadcasts. Under MBN, Arabic broadcasting had expanded, including the 2009 establishment of the groundbreaking program Al Youm, expanding programming in Egypt, and covering the Iraq War, the first Egyptian democratic elections, Arab viewpoints on U.S. elections, and more.

In a January 2015 interview with The New York Times, the then newly appointed CEO of the BBG, Andrew Lack, said "We are facing a number of challenges from entities like Russia Today which is out there pushing a point of view, the Islamic State in the Middle East and groups like Boko Haram." State Department Spokeswoman Jen Psaki clarified Lack's statement in her January 23 press briefing, saying "would the U.S. Government put those three in the same category? No, we wouldn’t. However, there are concerns...that Russia’s own independent media space is shrinking and the Kremlin continues to apply pressure on the few remaining outlets."

According to a 2016 fact-sheet, BBG had a weekly, unduplicated audience of 226 million people through television, radio, and internet media. BBG networks broadcast in 100 countries and 61 languages.

On January 20, 2021, Taiwanese journalist Kelu Chao was appointed acting CEO of the USAGM.

USAGM is led by a single Chief Executive Officer appointed by the President of the United States and confirmed by the U.S. Senate. Until 2016, it was headed by a bi-partisan board with nine members; eight were appointed by the President with Senate confirmation, and the ninth member ex officio was the Secretary of State. By law, no more than four members could be from the same political party, in an effort to limit partisanship. The president designated one member (other than the Secretary of State) to serve as Chairman. The Board served as a "firewall" against political interference in the journalistic product.

But, upon the enactment of the National Defense Authorization Act for Fiscal Year 2017 on 23 December 2016 the agency was placed under the direction of a single CEO. The board, officially renamed as the International Broadcasting Advisory Board, was reduced to five members appointed by the President to serve in an advisory role. (Previously appointed board members in excess of five could continue to serve, but would not be replaced when their term expired.) Under the 2016 reform legislation, any new agency CEO is to be nominated by the U.S. president and confirmed by the U.S. Senate with authority to select key agency personnel. Former USAGM CEO John F. Lansing, who had been selected and approved in 2015 by the BBG Board holding a Democratic majority during the Obama administration, was not nominated by President Obama nor confirmed by the Republican-controlled U.S. Senate, as this was not required under previous legislation.

In June 2018, President Trump announced his intention to nominate documentary film producer Michael Pack to head the agency. He was confirmed by the Senate two years later, and served from June 5, 2020 until his resignation on January 20, 2021 at the request of newly-inaugurated President Joe Biden. 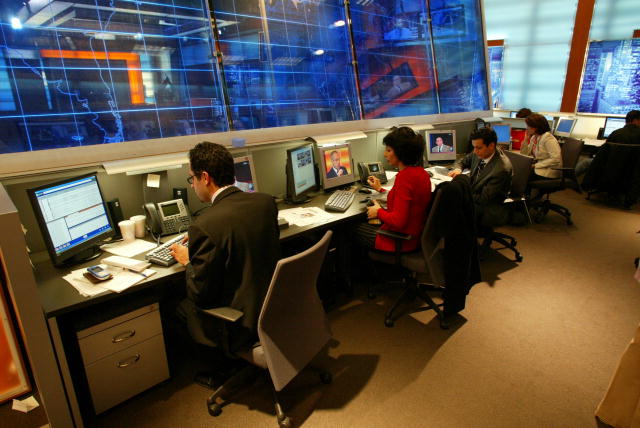 The BBG solicited annual funding from Congress via a proposed budget summary, which can be found on the BBG website. The Board submitted an annual budget submission in which they lay out specific initiatives. Initiatives in 2011 included improving the global satellite distribution capacity, creating Radio Free Asia video programming and improving distribution of Voice of America content.

Announced in April 2011, the BBG received $10 million from Congress for the purpose of fighting Internet censorship. During the federal funding dispute for the fiscal year 2011, President Barack Obama sided with the BBG agreeing to language that the organization would "expand unrestricted access to information on the Internet." This work includes anti-censorship campaigns in China and other countries.

Their operating budget for fiscal year 2016 was US$752 million.

The agency has $2 million earmarked to the 2019–20 Hong Kong protests through the Open Technology Fund. This funding was frozen in June 2020 as China was preparing to introduce a new national security law for Hong Kong.

In February 2010, BBG Executive Director Jeff Trimble collaborated with the National Security Council to publish a VOA statement about Iran's jamming of international satellites. In an email to Foreign Policy magazine, BBG's Public Affairs Director responded to the controversy, stating "the BBG 'firewall' served to protect the integrity and credibility of our journalistic products. An official policy statement by a senior management official of the agency is not a journalistic product."

Later that year, Senator Tom Coburn held up the Obama administration's appointments of Michael P. Meehan and Dana Perino to the board, with the aim of drawing attention to the organization's perceived ineffectiveness, stating in an interview with Foreign Policy magazine: "The BBG is the most worthless organization in the federal government. It's full of people who know nothing about media or foreign policy." Senator Jim DeMint also attempted to use the nominations to force a hearing on the BBG after frustrations with a perceived lack of congressional oversight over the organization. Coburn had written an open letter to then–Senate Minority Leader Mitch McConnell in August 2010 citing "longstanding concerns regarding transparency and effectiveness of our taxpayer funded international broadcasting agencies under the purview of the Broadcasting Board of Governors." Though a report on BBG was eventually given to the Senate Committee on Foreign Relations, Coburn was ultimately unsuccessful in trying to block the appointments to the board.

In July 2016, the chairman of the Broadcasting Board of Governors, Jeff Shell, was denied entry into Russia. Matt Novak, writing for the tech blog Gizmodo, referred to the BBG as the "propaganda arm" of the U.S. government and speculated that its alleged role in propagating propaganda on behalf of the U.S. government was a reason for the denied entry of Jeff Shell into Russia.

In 2018, The New York Times reported that the Agency had targeted Americans with Facebook ads for one of its outlets, which would violate the Smith–Mundt Act, a law "to protect Americans from domestic propaganda".

Defined By Scandal At Voice of America, CEO Resigns At Biden's Request