TrustBase is a Polkadot parachain based on the Substrate framework that independently develops the Subscript smart contract language and supports a variety of tool plug-ins and smart contract applications.

development and cross-chain deployment of smart contracts based on WASM. Provides a

complete and easy-to-use development tool support. This is a new generation of 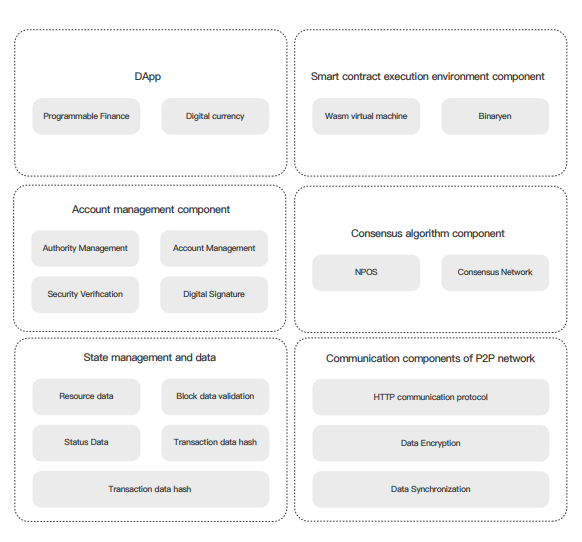 The TrustBase parachain is developed based on the Substrate framework. Based on the

process transactions on the chain. The runtime module of TrustBase is written in Rust

language, compiled into WASM format and built into the client. Each runtime module of

TrustBase can be independently upgraded online by redeploying WASM code

2) Pledge: The pledge module defines the pledge and delegation information of the

validator. Handle the pledge, reward and profit distribution of all validators;

3) On-chain Vault: Part of the block rewards and penalties will be collected into the

on-chain vault. The funds in the treasury distribute financial support for the TrustBase

ecosystem through on-chain governance. Maintain the technology development of the

of TrustBase through the value-added of the token. On the one hand, it ensures that

participants obtain corresponding benefits by participating in the ecological development

of TrustBase. On the other hand, participants can maintain the stability and security of the

TrustBase network through the consistent design of economic goals. While pursuing their

own interests, all participants also contribute to TrustBase's ecological network. 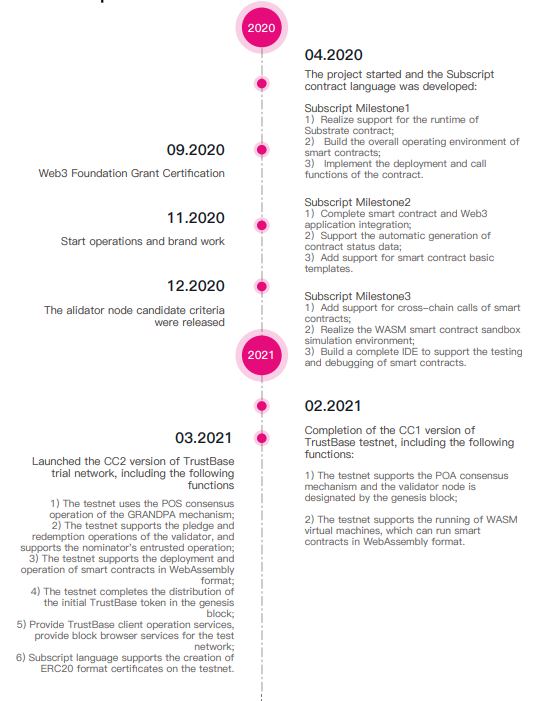 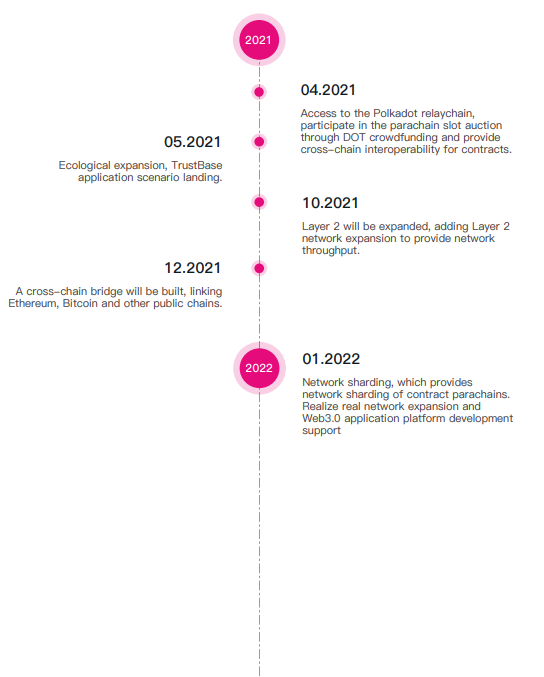 TrustBase is a Polkadot parachain based on the Substrate framework that independently develops the Subscript smart contract language and supports multiple tool plug-ins and smart contract applications. As an infrastructure project for Polkadot Ecology, Trustbase has received a Web3 Foundation Grant.

What is the relationship between TrustBase and Polkadot?

TrustBase is one of Polkadot's top 100 parachains. It is based on the Substrate framework to build a new generation of high-performance WASM smart contract platform on Polkadot. Committed to achieving the goal of Web3.0 through decentralized technology and forming a powerful ecology of Polkadot-Parachain-Smart Contract/DAPP. TrustBase has received support from the "Web3 Foundation Grant Program". 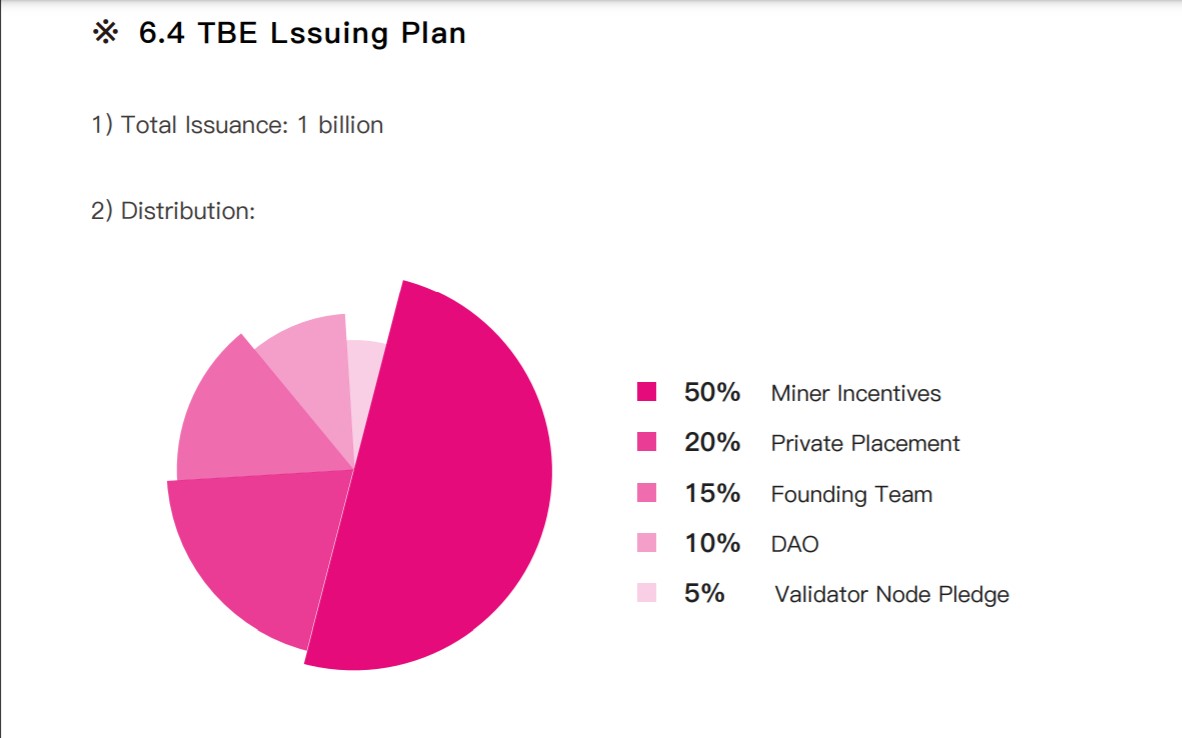