The Pleasure Garden is a 1925 British-German silent drama film directed by Alfred Hitchcock in his directorial debut. Based on a novel by Oliver Sandys, the film is about two chorus girls at the Pleasure Garden Theatre in London and their troubled relationships

This early silent film from legendary director Alfred Hitchcock is notable mainly for two reasons. Firstly, it is his earliest known surviving complete film. Secondly, Hitchcock proposed to his lifelong spouse Alma Reville on set (the latter was assistant director on the production).

As a film of its era, it's a reasonably entertaining effort with a few neat visual flourishes. As a Hitchcock, however, it is trivial by comparison with much of his later work. The only real hint of the flair for suspense that would become his trademark comes near the end.

Jill, a young dancer, arrives in London with a letter of introduction to Mr. Hamilton, proprietor of the Pleasure Garden Theatre. The letter and all her money are stolen from her handbag as she waits to see him. Patsy, a chorus girl at the Pleasure Garden, sees her difficulty and offers to take her to her own lodgings and to try to get her a job. Next morning Jill is successful in getting a part in the show. Her fiancé, Hugh, arrives with a colleague called Levet. Hugh and Patsy become very close while Jill is being pursued by a number of rich men, eventually breaking up with Hugh in order to begin a relationship with the wealthy Prince Ivan. Not long after this, Hugh is sent to Africa by his company. 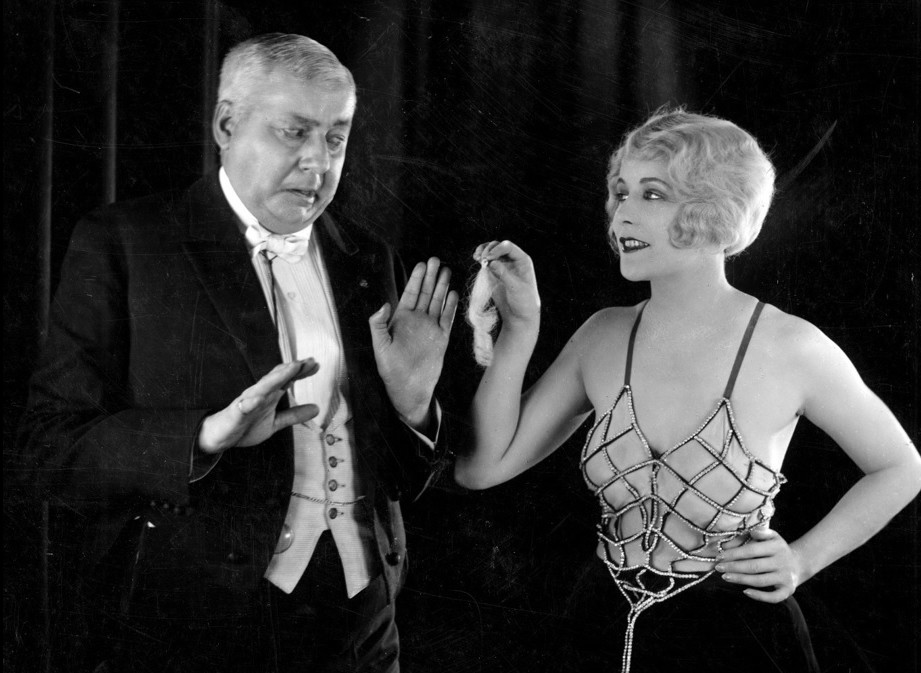 Jill moves out of the lodgings she shares with Patsy and becomes more involved with the Prince. As she becomes more successful and used to the rich and famous lifestyle she also becomes more dismissive of Patsy, shunning her and eventually seeing her as a commoner. As Patsy laments the loss of her friend, she is comforted by Levet who convinces her to enter into marriage with him. The couple honeymoon in Italy before he leaves to join Hugh in Africa. After some time Patsy finally receives a letter from her husband in which he says he has been sick for weeks. Patsy is determined to go to take care of him and asks Jill to lend her the fare. Jill refuses as she is preparing for her marriage to the Prince and has no money to spare. Patsy is able to borrow the fare from her landlords Mr and Mrs Sidey. When she arrives at her husband's bungalow, she finds that he is having an affair with a local woman and leaves. Levet tries to drive the woman away but when she refuses to leave him, follows her into the sea and drowns her.

Meanwhile, Patsy has found that Hugh really is very ill with a fever and stays to take care of him. Hugh has since discovered from a newspaper that Jill is to marry the Prince and he and Patsy soon realize that they love each other. Levet finds them together and accuses Hugh of making advances to his wife. Patsy agrees to follow Levet back to his bungalow in order to save Hugh. During the night, Levet is stricken with guilt and paranoia over the murder of his mistress and begins seeing ghostly visions of her. Levet becomes convinced that the ghost of his mistress will not stop haunting him until he murders Patsy too. Levet corners Patsy with a sword but he is shot dead before he can kill her. Hugh and Patsy find consolation with each other and return to London.