Terraform Labs is a Seoul-based company founded in 2018 by Do Kwon.

Terraform Labs is the developer of the Terra blockchain network and Anchor, an inter-chain DeFi application that pools emissions from proof-of-stake (PoS) blockchains, stabilizes them, and passes them on as fixed, high-yield to depositors.

Terra is a blockchain protocol that uses fiat-pegged stablecoins to power price-stable global payments systems. According to its white paper, Terra combines the price stability and wide adoption of fiat currencies with the censorship-resistance of Bitcoin (BTC) and offers fast and affordable settlements.

Development on Terra began in January 2018, and its mainnet officially launched in April 2019. As of September 2021, it offers stablecoins pegged to the U.S. dollar, South Korean won, Mongolian tugrik and the International Monetary Fund's Special Drawing Rights basket of currencies — and it intends to roll out additional options.

Terra's native token, LUNA, is used to stabilize the price of the protocol's stablecoins. LUNA holders are also able to submit and vote on governance proposals, giving it the functionality of a governance token.

Terra was founded in January 2018 by Daniel Shin and Do Kwon. The two conceived of the project as a way to drive the rapid adoption of blockchain technology and cryptocurrency through a focus on price stability and usability. Kwon took on the position of CEO of Terraform Labs, the company behind Terra. 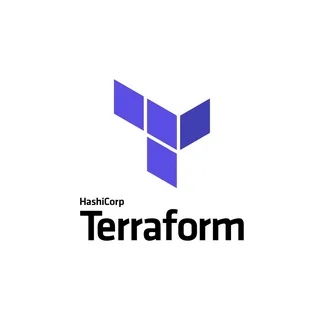 Kwon previously founded and served as CEO of Anyfi, a startup providing decentralized wireless mesh networking solutions. He also worked as a software engineer for Microsoft and Apple.

Terra seeks to set itself apart through its use of fiat-pegged stablecoins, stating that it combines the borderless benefits of cryptocurrencies with the day-to-day price stability of fiat currencies. It keeps its one-to-one peg through an algorithm that automatically adjusts stablecoin supply based on its demand. It does so by incentivizing LUNA holders to swap LUNA and stablecoins at profitable exchange rates, as needed, to either expand or contract the stablecoin supply to match demand.

Terra has established a number of partnerships with payments platforms, particularly in the Asia-Pacific region. In July 2019, Terra announced a partnership with Chai, a South Korea-based mobile payments application, in which purchases made using the application on e-commerce platforms are processed via the Terra blockchain network. Each transaction is subject to (on average) a 2%–3% fee charged to the merchant.

In addition, Terra is supported by the Terra Alliance, a group of businesses and platforms advocating for the adoption of Terra. In February 2019, the company announced that e-commerce platforms from 10 different countries, representing a user base of 45 million and a gross merchandise value of $25 billion, were members of the alliance.

Terra has a supply of 1 billion tokens. If this number is exceeded, LUNA is burned until it returns to the equilibrium supply level. New LUNA tokens are minted through the protocol's algorithm, as needed, in order to maintain the price of Terra stablecoins.

LUNA was first made available for purchase in a private token sale for initial investors, which included the investment arms of major exchanges such as Binance, OKEx and Huobi. The sale concluded in August 2018, and as a result, Terra raised $32 million. Of the 385,245,974 LUNA minted for the sale, 10% was reserved for Terraform Labs, 20% for employees and project contributors, 20% for the Terra Alliance, 20% for price stability reserves, 26% for project backers and 4% for genesis liquidity.

The Terra blockchain is secured using a proof-of-stake consensus algorithm based on Tendermint, in which LUNA token holders stake their tokens as collateral to validate transactions, receiving rewards in proportion to the amount of LUNA staked. Tokenholders may also delegate others to validate transactions on their behalf, sharing in any revenue generated. Terra also offers additional guidance to validator nodes on the best practices for helping to keep the network secure.

In May 2019, shortly after Terra's mainnet went live, blockchain verification and penetration testing firm CertiK completed a security audit of the network. It examined its economic model to test against market manipulation, its architecture and its coding language. CertiK found that the "modeling and mathematical reasoning" of the Terra network were "considered sound," although it would not comment on the blockchain's performance.

Terra's native token, LUNA, is listed on several cryptocurrency exchanges — including Huobi, Bitfinex and Upbit — where it is available to be traded against fiat currencies, stablecoins and other cryptocurrencies.

Title
Author
Date
Publisher
Description
Crypto investors like Terraform Labs so much, they're committing $150 million to its 'ecosystem'
Connie Loizos
July 16, 2021
TechCrunch
There are many blockchain platforms competing for investors' and developers' attention right now, from the big daddy of them all, Ethereum, to so-called "Ethereum Killers" like Solana, which we wrote about in May. Often, these technologies are seen as so promising that investors are willing to fund not only the blockchains but an ecosystem of [...]