StarkNet is a permissionless decentralized validity-rollup (also known as a zk-rollup).

Starknet is a general-purpose network that can be used for various actions with smart contracts, such as writing, deploying, and interacting with them. It is a permissionless decentralized validity rollup that was developed by its parent company, StarkWare. It operates as a layer 2 (L2) network on top of Ethereum, which allows all decentralized applications (dApps) to achieve unlimited scale for its computations using the cryptographic proof system STARK. The StarkNet contracts and the StarkNet OS are written in Cairo. This enables developers to deploy and scale use cases regardless of the business logic. 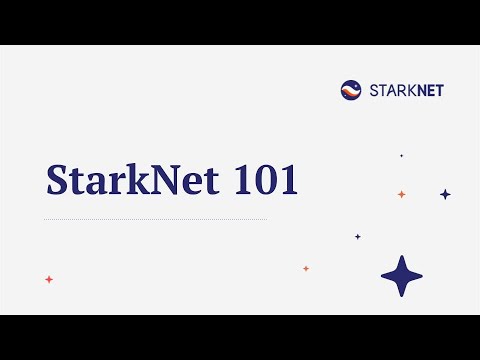 An explanation of StarkNet

The StarkNet Foundation was formed in November 2022 and comprises community members. The foundation acts as a center to foster research and development and aims to create a community that will organize events, such as conferences and other community-related events. This foundation is also intended to act as a place to set parameters for the organization and its governance.

In November 2022, the StarkNet token was deployed on Ethereum. They are not actually for sale but are held by shareholders, employees, and independent partner software developers. The tokens are locked in for four years and will begin to be gradually released after one year. The tokens are to be used for voting for governance decisions, staking, and paying fees.

StarkNet token is deployed on Ethereum.
StarkNet Alpha 0.8.0 starts the process of adding transaction fees and improving the sequencer’s performance.
Starknet was released on a public tesnet.

"This is the future of Ethereum scaling" - Starkware, Uri Kolodny & Eli Ben-Sasson, Ep 164

2022 - Ethereum: MakerDAO and Starknet team up to kill transaction fees

A Thundering Herd: The Rise of L2-Native dApps - StarkWare - Medium