Rhode Island has a well-developed industry, producing textiles, metal, plastic and rubber products, and electrical equipment. Traditionally, the state is famous for the production of jewelry and silverware.

The Wampanoag, Narragansett, and Niantic Indians lived in what is now Rhode Island. Their main occupations were agriculture (they grew corn, pumpkins and beans), fishing and hunting. In 1524, the explorer of North America, Giovanni da Verrazano (Verrazzano), who sailed on the instructions of the French king along the Atlantic coast from North Carolina to Rhode Island, became the first European to see Narragansett Bay. Almost a century later, in 1611-1614, Rhode Island (as well as Massachusetts, Connecticut, New York and New Jersey) was explored by the Dutch captain Adrian Block, who compiled the first map of this region.

The first European settlement in Rhode Island was established in 1636 by the Protestant theologian Roger Williams, who was expelled from the Massachusetts Bay Colony due to religious differences. Together with several supporters, Williams founded a new colony on the land donated by the Narragansett Indians, which he called "Providence Plantation" ("Providence"). 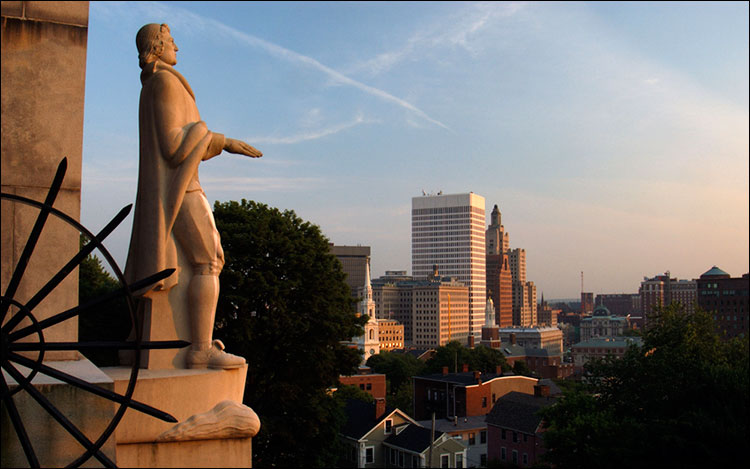 During the American Revolution, Rhode Island became the first colony to declare independence from England (in May 1776, two months before the adoption of the US Declaration of Independence). During the years of the Revolutionary War, several battles took place on the territory of the state. In 1790, Rhode Island and Providence Plantations (as was the official name) became the thirteenth state of the United States.

In 2020, Rhode Island legislators passed a decision (supported in a referendum by the residents of the state) to rename: "The State of Rhode Island and Providence Plantations" became the "State of Rhode Island". This decision was caused by the negative connotations of the word "plantation" in the name, which evoked associations with the use of slave labor.

The College Hill Historic District is an area in Providence that retains many famous buildings, including Brown University.

The Newport Historic District is an area that retains many buildings from the colonial period.

The "Old Colonial Building" in Newport was a building built in 1741 that served as the residence of the colonial authorities (and later state legislators).

University Hall is the first (built in 1770) building on the campus of Brown University in Providence.

Fort Adams in Newport was built in 1799 and was part of the US coastal defense system.

Old Slater Mill is a complex of buildings of the first commercially successful textile factory in the United States, owned by the "father of the American industrial revolution" Samuel Slater and located in the city of Pawtucket.

Arcade Westminster in Providence is the oldest in the United States (built in 1828) the building of the "shopping center".

"Northern Lighthouse" and "Southeast Lighthouse" on Block Island, built in 1867 and 1875 respectively.

Kingscote is a Gothic Revival mansion built in 1839 in Newport, the first of the hugely popular "summer residences" on the Rhode Island coast.

Chateau-sur-Mer (Chateau-sur-Mer) - one of the first mansions built in the era of the "Gilded Age" in a prestigious area of ​​Newport.

"Marble House" - built in 1892 in Newport, the mansion of businessman William Vanderbilt I, one of the first buildings in the United States in the beaux-arts style.

"The Breakers" (The Breakers) - built in 1895 in Newport mansion of businessman Cornelius Vanderbilt II.

"Elms" (The Elms, "Elms") - built in 1901 in Newport mansion of businessman Edward Berwind.

The Luffa Carousel is an East Providence children's carousel made in 1895 by renowned New York craftsman Charles Luff. One of the best preserved carousels of its kind.

Symbols of the State of Rhode Island

The Beast is a Morgan horse

Song - Rhode Island's It for Me The economy of the state of Rhode Island is quite diverse; finance and insurance, industry, education, medicine, services, agriculture, tourism and other industries are well developed here.

Rhode Island has a well-developed industry, producing textiles, metal, plastic and rubber products, and electrical equipment. Traditionally, the state is famous for the production of jewelry and silverware.

Several major corporations are headquartered in Rhode Island, including Textron (of which the well-known aviation companies Bell and Cessna are divisions), Hasbro, one of the world's largest toy manufacturers, the famous manufacturer of uninterruptible power supplies (and other electronic devices) APC, and other.

Rhode Island is home to several military installations, including the US National Guard Air Force Base near Providence and the Newport Naval Base, which was one of the main bases for the US Navy for decades. 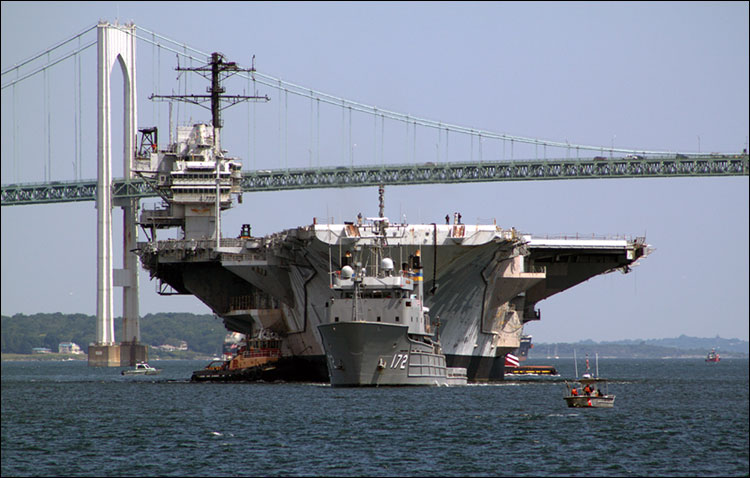 Today, the importance of the Newport base has declined significantly, however, there are several US Navy training institutions (Naval War College, Preparatory School of the US Naval Academy, Naval Law School), a research center that develops equipment for submarines and other units of the US Navy.

On the territory of Rhode Island, two physiographic regions can be distinguished - the uplands in the northwest and the lowlands in the south and east of the state.

The western part of Rhode Island is a hilly upland, indented by numerous rivers and streams. The hills of Rhode Island are covered with forests; various types of oak, maple, beech, ash, and numerous shrubs grow here. 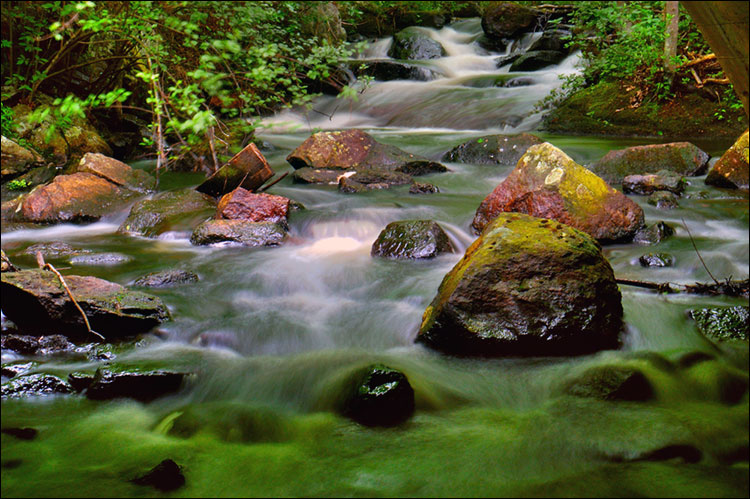 The highest point in the state is Jerimot Hill (247 meters above sea level), located almost on the border with Connecticut. The land on the hill is privately owned and excursions to the summit were banned for a long time, so there is a common joke in Rhode Island that more people have climbed McKinley (located in Alaska, the highest mountain in the United States - 6,194 meters) than Jerimot Hill.

Rhode Island has a humid continental climate with warm summers and cool winters, with precipitation fairly evenly distributed throughout the year.

In the largest city and capital of the state, Providence, located in the north of Narragansett Bay, the average temperature in January varies from -6°C to 3°C, and in July - from 18°C ​​to 28°C. In Newport, on Aquidneck Island, the coldest winter month typically ranges from -5°C to 3°C, while the warmest summer month ranges from 18°C ​​to 26°C. The lowest recorded temperature in Rhode Island on record is -32°C and the highest is 40°C.

The largest ethnic (national) groups among the population of the state of Rhode Island:

Dominicans (immigrants from the Dominican Republic) - 3.5%

Rhode Island has a higher percentage of ethnic Portuguese in its population than any other US state. The community of emigrants from West African countries (Cabo Verde, Ghana, Liberia, Nigeria) is growing rapidly in the state.

Title
Author
Date
Publisher
Description
Rhode Island gets voluntary app to show COVID vaccinations
December 1, 2021
AP NEWS
LINCOLN, R.I. (AP) -- Rhode Island is developing a cellphone app that will allow residents to quickly and easily prove they have been vaccinated against the coronavirus, Gov. Daniel McKee said Wednesday.
Decorating a cake with glitter? Check that it's edible
By CANDICE CHOI
October 28, 2021
AP NEWS
NEW YORK (AP) -- They make cakes and cupcakes sparkle and shine, but popular decorative glitters can contain toxic metals and aren't always safe to eat.The Centers for Disease Control and Prevention said in a report Thursday that the products known as "luster dust" aren't all meant to be eaten even if they're labeled "nontoxic." Some should be used for display only, like on a cake topper that's removed.
Rhode Island test scores declined during pandemic
October 28, 2021
AP NEWS
PROVIDENCE, R.I. (AP) -- Rhode Island officials are blaming the pandemic for a steep drop in math and English language proficiency among the state's schoolchildren.Results from the Rhode Island Comprehensive Assessment System exam released Thursday show the percentage of students statewide meeting or exceeding expectations in mathematics dropped by 10%.
Rhode Island researchers tracking 8 young great white sharks
September 14, 2021
AP NEWS
WAKEFIELD, R.I. (AP) -- Researchers are hoping that eight recently released young great white sharks will yield insights into some of the questions scientists still have about the famous species.The sharks were released after being tagged with tracking devices by researchers this summer at the Atlantic Shark Institute of Wakefield in Rhode Island, officials announced Tuesday.
New measurement technique finds harmful PFAS in indoor air
Science X staff
August 31, 2021
phys.org
The air we breathe in our homes, schools, and workplaces can be polluted with harmful PFAS chemicals, according to a study published today in Environmental Science & Technology Letters. A new measurement technique developed by the research team detected PFAS chemicals in the air of kindergarten classrooms, university offices and laboratories, and a home--some with levels as high as those measured at an outdoor clothing company and carpet stores selling PFAS-treated products. The results suggest indoor air is an underestimated and potentially important source of exposure to PFAS, particularly for children.
SHOW MORE
ri.gov
Is a