Established in 2014 and headquartered in New York, Nyva Restaurant Group is a restaurant company and partnership firm.

Established in 1986, Five Guys is a Washington, DC-headquartered business started by the Murrell family. The Murrell family opened a carryout burger joint in Arlington, Virginia, serving burgers and fries.

During the 1980s and 1990s, four extra restaurants with sit-down seating were included to accommodate the clientele. Early in 2003, the Jerry and Janie company and Five Guys began providing franchise opportunities. Five Guys Enterprises sold the options for about 300 units in two years. There are about 1,000 locations in the United States and about 1500 units in development.

Blaze Pizza’s name was culled from the production of a create-your-own pizza fired in an 800-degree, open-flame oven. At Blaze Pizza, customers start by picking the ingredients they desire for their pizza. They work their way down the assembly line, and the staff assists the customer at different steps of the pizza production. The company’s slogan is “Intelligent Choices for Our Pizzas, People & Planet.”

The company began with the vision of Reuben Mattus in 1921. He sold ice cream on the streets of New York, and in 1961, he formed the ice cream company. The original product line included only three flavors: vanilla, chocolate, and coffee.

The first Häagen-Dazs shop was launched in 1976, and by the mid 1980s, Häagen-Dazs ice cream was introduced internationally. The company added ice cream bars in 1986, frozen yogurt in 1991, and sorbet in 1993. Häagen-Dazs also added Häagen-Dazs Crispy Sandwich™ and Dolce™, a three-layer dessert. The company has about 850 shops in fifty countries.

These restaurants feature food from the Greek Mediterranean diet. The company's EONS spiral symbol is the symbol for life inculcated in the motive of EONS. It was created and led by Chef George Georgiades.

The Halal Guys began as a New York City hot dog cart before becoming an international restaurant chain. The company started in 1990, with three founding partners opening up a hot dog cart on West 53rd & 6th Avenue in New York City. The business recognized a demand from Muslim cab drivers seeking halal meals. They introduced the platter of chicken and gyro over rice with white and red sauces. The company has five carts, two New York City restaurants, and locations in over ninety other cities.

Auntie Anne's began in 1988 when the founder, Anne Beiler, purchased a stand in a Pennsylvania farmer's market. After some experimentation, "Auntie" Anne developed the company's pretzel. The founder began baking pretzels to assist in funding her husband’s desire to offer family counseling services to their community. Her husband opened a counseling center, and Anne Beiler developed the business from a sole farmer’s market stand to a soft pretzel franchise.

​B2 Bistro + Bar is a restaurant and bar with locations including but unlimited to West Reading, PA; North Brunswick, Bayville, New Jersey; and Toms River, New Jersey. 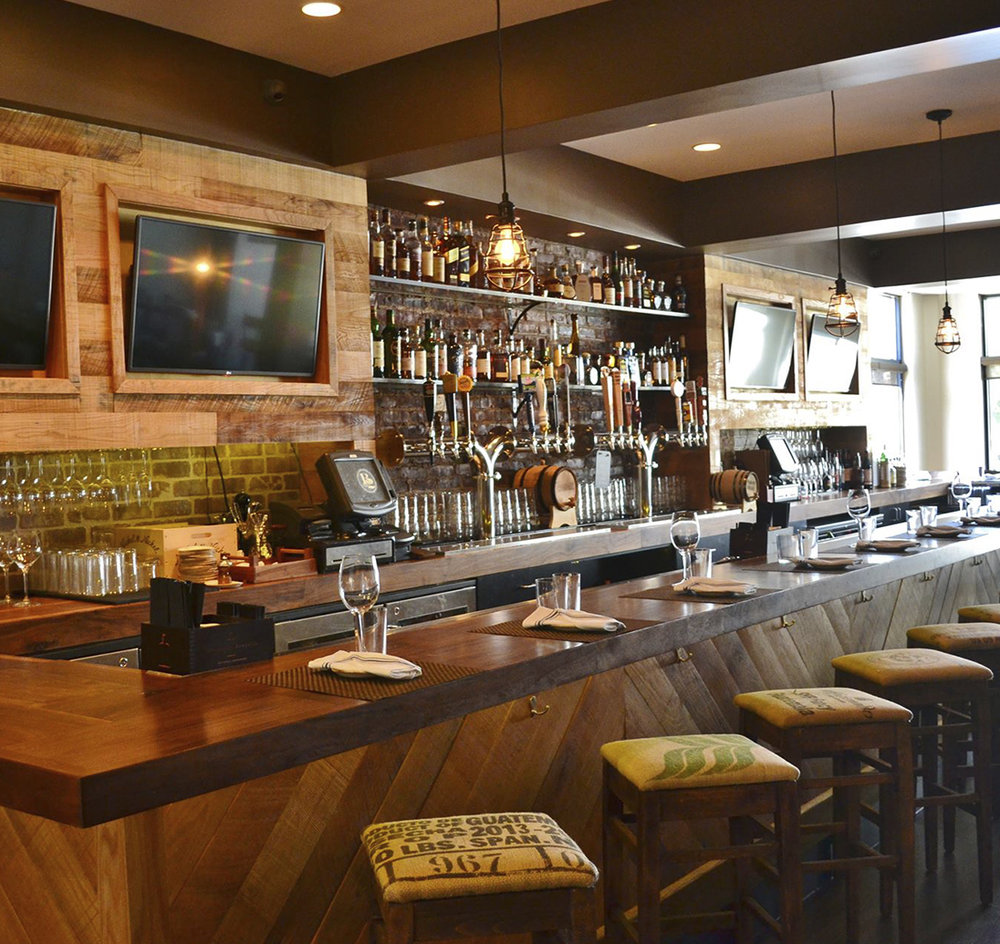