Kieslect is a wearable technology company that specializes in smartwatches.

Kieslect is a Shanghai-based technology company that manufactures and distributes smartwatches. It was founded in 2017 and has received investments from companies such as Xiaomi. The company sells its products on online marketplaces, such as the Mi Eco Chain Store on AliExpress and Otto, and physical stores in regions including Southeast Asia, Europe, Middle East, Africa, and the Americas.

The company has released several series of smartwatches.

This series has one smartwatch called Kieslect Kr Black, and it has Bluetooth capabilities for transmitting data and phone calls. It has a waterproof microphone and speaker so users can receive and take phone calls. Other features include a music player, sleep and blood oxygen tracking, and female health and heart rate tracking.

The K Series has three watches available with the names Kieslect K10 Black, K10 Silver, and K11 Black. These watches can be used for health monitoring with the same features as the watches from the Calling Series minus the Bluetooth capabilities. These watches can alert the wearer to an incoming call, but they cannot take the call with the watch. The watches in this series are waterproof and have other features, such as alarms, timers, and incoming message alerts.

Kieslect's Lady Series also has three watches, with the names L11 Pro Pink, Rose Pink, and Gold. These watches are designed with a traditionally feminine aesthetic. They have the same features as the other two series but with fewer sports mode options. 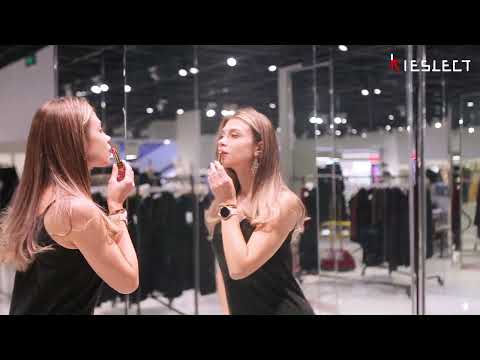