The Honeyland game is the entry point into the Honeyverse(metaverse)

Honeyland is a mobile-first blockchain strategy game where players assume the role of a Beekeeper to manage their colony of Bees and Lands. Players can choose a universe to explore and send their Bees on missions to compete against other players for NFTs and the scarce Honeyland resource HONEY. As players earn HONEY and NFTs, they can use these to grow and strengthen their colony of Bees, purchase more Land, participate in the Honeyland economy, or convert them into cryptocurrencies. The Honeyland game is the entry point into the Honeyverse, a metaverse that allows developers to leverage the Honeyland players, assets, and economy to create games, experiences, places, and things for players to interact with and enjoy. 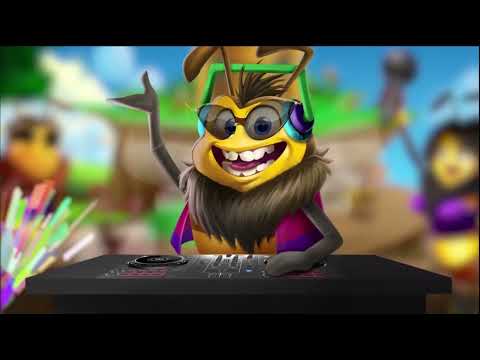 In the beginning, the Genesis Bees lived in the Hive, where they spent their days harvesting Nectar and living in quiet peace and harmony. A few of the Genesis Bees yearned to explore the land beyond the Hive, but their Queen would not abide by their requests. Those Genesis Bees called themselves the Explorers, and even though they were forbidden to leave the Hive, they charted paths they one day hoped to take to see the rest of the universes. All that changed the day the Pests attacked the Hive. With no defense structures in place, the Queen was forced to turn to the Explorers and allow them to lead the Genesis Bees out of the Hive and towards the faraway Lands and worlds throughout the universes of Honeyland. When the Genesis Bees left the Hive, they were immediately amazed by what awaited them. Honeyland was host to seemingly infinite Realms and Lands, all filled with other bees! And these weren’t just normal bees, but different classes and types, each with their own unique characteristics. The Genesis Bees learned that these bees and their specific skill sets when strategically deployed and combined could harvest more nectar than ever before! They also discovered more Hives with more Queens, each completely unique and distinct. The Explorers were determined to continue to explore and expand their reach throughout Honeyland. But many of the Genesis Bees were hesitant to continue on, and instead yearned to return to their original Hive. And so, the Genesis Bees fractured! Some wishing to explore, some wishing to stay put, some wishing to return to their original Hive, and some hoping to join one of the new Hives. And that’s where you come in. It's now your job to build your own colony of Bees to explore the Honeyverse and build your Nectar supply. Will you build your colony with Explorers for collecting Nectar and rare NFTs or Fighters to Attack other hives? The colony you build is entirely up to you. But remember, this is just the beginning of Honeyland. So much more will be revealed over time. All this and more awaits you in Honeyland.