Henrique Dubugras is an entrepreneur and the cofounder of the companies Pagar.me and Brex.

Henrique Dubugras is an entrepreneur and the cofounder of the companies Pagar.me and Brex.

Dubugras grew up in São Paulo, Brazil. He showed an interest in technology and programming at a young age. When he was twelve, Dubugras created his own servers to play the online video game Ragnarok to have access to the game's premium features without paying. He earned real money by doing this, to the alarm of his parents who first thought he was earning the money through online gambling.

He eventually received notices of patent infringement and had to shut down his servers. He used the money he earned from the game to start his first company, an education startup meant to assist students in Brazil with college applications for schools in the United States. The app, which was called Estudar nos EUA, eventually had 800,000 users, but Dubugras was unable to make money off it and couldn't get loans or funding, as he was just fifteen years old and still in high school. He was soon forced to shut down the business.

Dubugras attended a hackathon in high school, during which his team developed an app called AskMeOut, similar to Tinder. His team placed first in the hackathon and won a prize of 50,000 Brazilian reais. Shortly after developing the app, Dubugras befriended Pedro Franceschi on Twitter, another high school student living in Rio de Janeiro. Their first interactions on the site were debates about the various merits of different software. They soon found they had much in common and formed a partnership.

Pagar.me is a payment platform for Brazilian businesses. It allows customers to check out on the company's own website rather than on a third-party payment site like PayPal. Dubugras cofounded the company with Franceschi in 2013. Pagar.me had a staff of one hundred people and had raised $30 million in funding by the time Dubugras and Franceschi sold the company in 2016 to StoneCo. After the sale, the two founders moved to the Silicon Valley area after they were accepted into Stanford University. They tried to pursue another business venture there through Y Combinator—this time a virtual reality platform called Beyond—but gave up in weeks when they realized they didn't have the necessary experience.

Although they enjoyed school, both Dubugras and Franceschi found daily life at Stanford to be lacking, and they missed the entrepreneurial independence and freedom that they had experienced in Brazil. They also felt in order to be the most successful with their next business venture, they couldn't afford to split their time and efforts between work and school: “We knew we were building something special that would require our full time and attention,” Dubugras said. The two dropped out of Stanford after just a few months and resumed their focus on business.

In January 2017, Dubugras and Franceschi founded Brex, a corporate credit card company that issues credit cards to new startups. Companies must have received at least $100,000 in professional investments to get a card. Brex's card limits are based on a set percentage (usually ten) of a company's available bank account balance at any given time. The card must be paid off monthly. In January 2022, Brex was valued at $12.3 billion. 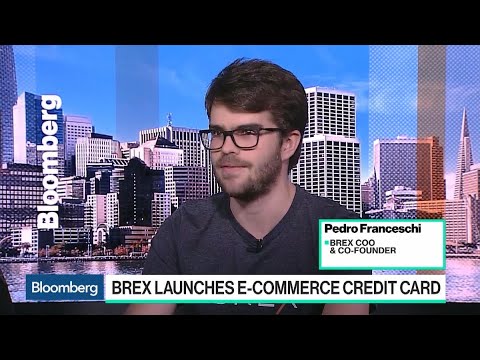 An interview with Brex founders, Henrique Dubugras and Pedro Franceschi

Member of Board of Directors of