Dima Nikolayevich Bilan born (24 December 1981) is a Russian singer, songwriter, and actor. He represented Russia at the Eurovision Song Contest 2006 with "Never Let You Go", finishing second, and he won the contest in 2008 in Belgrade, with the song "Believe". He has had several Russian number one hit records. He is sometimes referred to as "Russia's Iglesias" due to his similarity to the Spanish singer. 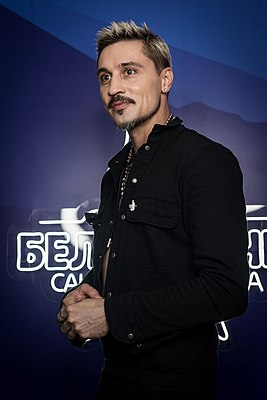 Dima Bilan was born in Ust’-Dzheguta.

Dima Bilan came to the award ceremony on crutches

Dima Bilan showed a beautiful mother on her birthday