An updated version of 2048, Cupcake 2048 is a fun twist on the virally famous craze. Cupcakes 2048, on the other hand, uses beautiful images of cupcakes as grid values.

An updated version of 2048, Cupcake 2048 is a fun twist on the virally famous craze. Cupcake 2048 uses images of cupcakes as grid values, while 2048 uses numbers. In this game, you'll have to use your intellectual power and creative abilities to solve puzzles.

If you can make a new cupcake using 2048 or the Rainbow Cupcake, then you've done your job in the game. As the number of cupcakes you're mixing grows, you'll have less area to move. Your board must be in order to win the game. 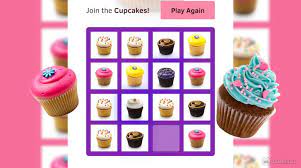 Cupcake 2048 may be played by people of all ages, and it's a terrific brain workout as well as a way to learn more about the calories in cupcakes. Play and put your mind to the test!