Aireon's satellite-based approach to receiving ADS-B signals decreases costs of implementation, provides surveillance to ATCs in remote regions, and helps customers discover new, more efficient routes instead of relying on procedural routes to fly through unsurveilled regions. It also allows customers to do post-flight analysis, and it is the only provider of space-based surveillance for Air Traffic Management.

Aireon has a multitude of domestic and global partnerships, and it classifies the majority of its partnerships under three umbrellas: 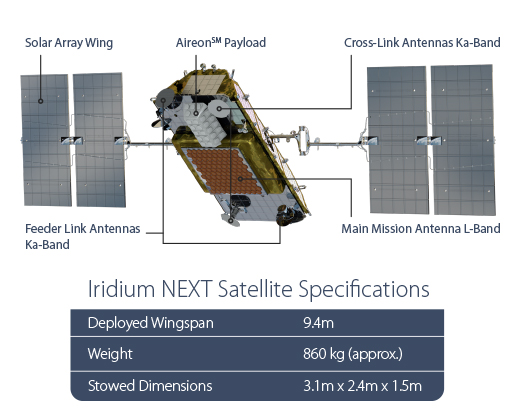 Space-based Automatic Dependent Surveillance-Broadcast (ADS-B) require aircraft equipped with 1090 MHz ADS-B transponders, which operate on the same frequency as traditional Mode A/C/S transponders, including DO-260, DO-260A and DO-260B (Link Versions 0, 1 and 2, respectively), as well as DO-260B/ED-102A, the current standard.

To ensure reliable satellite reception, an A1 class transmitter and top mount aircraft antenna (commonly found on most commercial aircraft and private jets) is required due to the Aireon’s receivers' space-based nature. Aircraft with a Traffic Alert and Collision Avoidance System (TCAS) to help prevent mid-air collisions is typically equipped with top and bottom mount antennas.

Aireon’s surveillance infrastructure provides ANSPs with information derived from an aircraft’s onboard equipment, sensors, and ADS-B transponder, including horizontal position, altitude, velocity, aircraft identification, and call sign. This data is often combined by the ANSP with ground-based surveillance and flight plan information for integration with ATC systems to provide a single representation of a given aircraft.

Defined by the International Civil Aviation Organization, air traffic surveillance is the ability to "provide aircraft position and other related information to ATM and/or airborne users.”

≤ 1.5s to the ATM Automation Platform

≤ 1.5s to the ATM Automation Platform 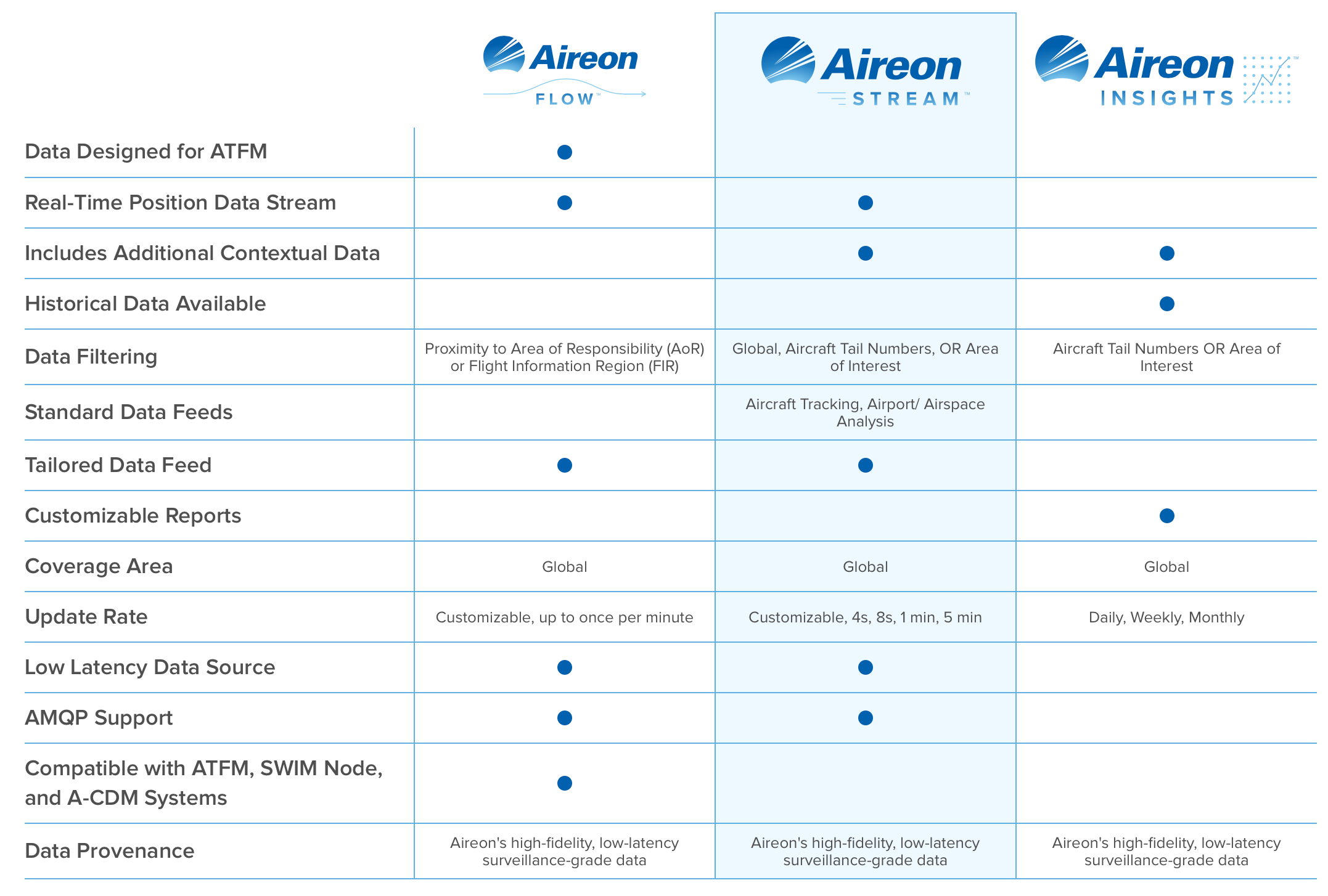 ANSPs that use AerionFLOW get low-latency position data that extends further than its Flight Information Region and Area of Responsibility that does not require data-sharing agreements with other countries. The low-latency position data increases an ANSP's prediction capabilities of flow management and air traffic capacity. Positon data is updated every minute, and real-time data delivery supports multiple messaging exchange patterns such as publish-subscribe (pub/sub) and streaming over protocols like AMQP 1.0 and others. The data is transmitted using an encrypted tunnel over the public internet (IPSec VPN).

Data can deliver events for a region or a collection of aircraft, and the events are received within a 50 nautical mile radius of an airport's latitude and longitude. It uses Advanced Message Queueing Protocol (AMQP) hosted on Microsoft Azure to ensure reliability.

Ran by the Irish Aviation Authority, Aireon ALERT uses Aireon's space-based ADS-B data to determine an aircraft's location in an uncertainty phase, alert phase, or distress phase. It offers a four-dimensional report—aircraft altitude, latitude, longitude, and time information—to those who call its 24/7 phone number. The aircraft must be equipped with ADS-B OUT 1090 MHz.

The service is free for ANSPs, commercial aircraft operators and airlines, regulators, and search and rescue organizations; however, Aireon ALERT does require registration by the above entities.