Tom Knight is an American computer scientist, electrical engineer, and synthetic biologist who played a major role in the development of the field.

Tom Knight is an American computer scientist, electrical engineer, and synthetic biologist who has played a major role in the development of the field. After spending the start of his career teaching computer science and electrical engineering at MIT, Knight changed focus in the 1990s, building a molecular biology laboratory in the MIT computer science department. Through his work, Knight developed standards for engineering biological systems, specifically Biobricks, the first standard assembly technique for functional DNA components, and in establishing the MIT Registry of Standard Biological Parts. Knight is a fellow of the American Association for the Advancement of Science, a director and founder of the IGEM Foundation, a member of the International Committee on the Taxonomy of the Mollicutes, and one of the cofounders of synthetic biology company Ginkgo Bioworks, where he works as a full-time researcher.

Knight grew up in Wakefield, Massachusetts. During high school, he spent time taking courses in computer programming and organic chemistry at MIT and spent his junior and senior summers working at the artificial intelligence lab. Knight first began studying at MIT through the project Mac program focusing on the development of time-shared computers. Knight went on to become an undergraduate at MIT. 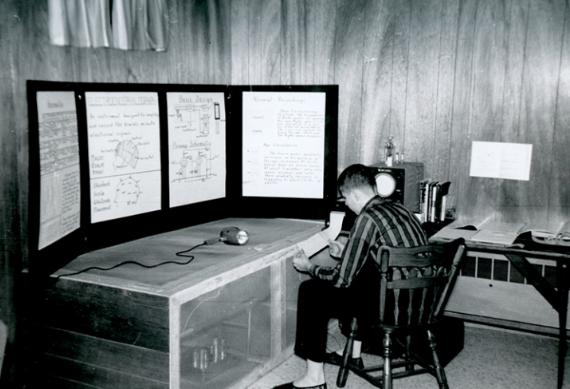 Photo of Knight from March 1964, with his EEG STS project report.

After graduating from MIT, Knight worked as a research staff member between 1969 and 1978, working on hardware and software related to operating systems, hardware maintenance, and the construction of new computers. During this time he:

In 1978, Knight returned to grad school at MIT, completing a master's thesis on building a computer to more efficiently run the Lisp programming language, working with colleague Richard Greenblatt. This work resulted in Knight founding the spinout company, Symbolics, in 1980. Greenblatt and Knight disagreed on how to commercialize the technology, with Greenblatt starting his own company Lisp Machines. Symbolics started with twenty people, growing to roughly a thousand when it went public in 1984 (SMBX). The company distributed several thousand machines but ultimately closed in the late 1980s due to the growth of microcomputers. During this time, Knight participated in several other startups, several of which were bought out, including High-Speed Solutions, Inc., which was purchased by Intel in December 2000.

In 1983, Knight started a Ph.D and joined the MIT faculty. His work was heavily involved with the development of computers and operating systems, gradually moving into the development of computer hardware. As part of his Ph.D thesis, Knight learned how to engineer integrated circuits and designed one of the first silicon retinas. While teaching an integrated circuit design course at MIT, Knight would challenge his students to predict the end of Moore’s Law and consider the limitations of semiconductor technology. This led to Knight becoming interested in biology and whether the field could better engineer silicon chips.

Starting in 1990, Knight began studying biology and attending graduate core courses in biology at MIT. In 1995, Knight took the sophomore undergraduate intro to molecular biology class. With links through obtaining computational funding, Knight approached DARPA, initially proposing a summer study in 1995 on "cellular computing," merging computer and information technology with ideas from biology. The next year, Knight received DARPA funding to develop a molecular biology laboratory in the computer science department at MIT. The lab ran until 2010 and made a number of key developments in the field, including the development of BioBricks, a standard method for assembling pieces of DNA.

While at MIT in the mid-2000s, Knight had frustrations with grants being turned by funding bodies. Around the same time, a group of scientists Jason Kelly, Reshma Shetty, Barry Canton, and Austin Che, were graduating with Ph.Ds in engineering. Kelly had been working with Knight for roughly five to six years, while the other three students were working with Drew Endy. Knight and the four recent graduates decided to start the company Ginkgo Bioworks in the spring of 2008. 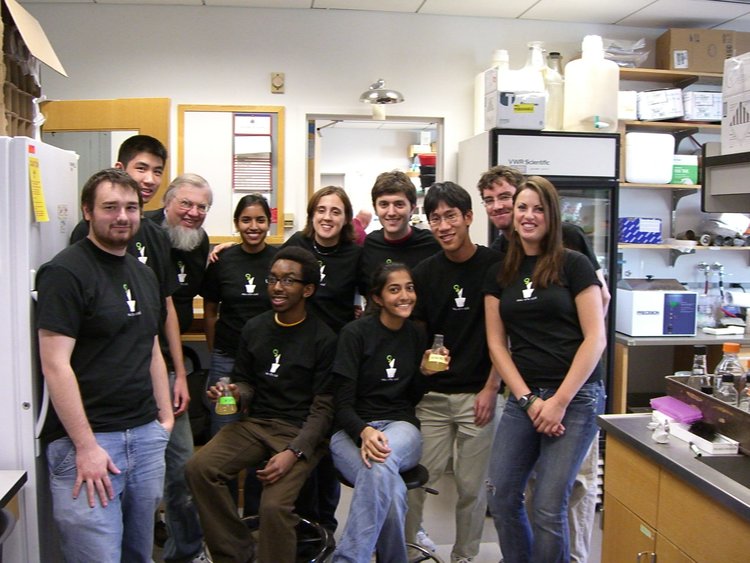 The cofounders bootstrapped the company for the next few years, with Knight putting in $150,000 of his own money to help seed the company. The group also successfully secured grants, including one from the National Science Foundation, and grew to about twenty people over the first three to four years with a 4,000-square-foot facility. Ginkgo has worked on a large range of projects, ranging from antibiotic resistance in bacteria to creating fragrances.

iGEM is an independent nonprofit spun out of Knight's MIT biology lab.

Knight sets up a molecular biology laboratory in the computer science department at MIT.

The lab was funded by DARPA.

Knight founds the startup company Symbolics with an initial twenty people that spun out of MIT.

The company grew out of Knight's thesis work and commercializing machines running LISP.

Knight's thesis was on building a computer to more efficiently run the Lisp programming language, working with his MIT colleague Richard Greenblatt.

Knight joins the research staff at MIT after graduating with an undergraduate degree.

Knight work related to hardware and software for operating systems, hardware maintenance, and the construction of new computers.

Tom Knight, Godfather Of Synthetic Biology, On How To Learn Something New