TON (The Open Network) is a third-generation proof-of-stake blockchain founded by Pavel Durov.

The Open Network (abb. TON) is a third-generation blockchain-based decentralized computer network, as well as a platform protected by a built-in proxy and anonymizer darknet platform built on the principle of an overlay P2P network that offers messaging services, payment transactions in the Toncoin cryptocurrency (formerly Gram), data storage, and an operating system for distributed applications. The TON concept was developed by Pavel Durov and Nikolai Durov in 2018, the founders of Telegram Messenger and Russian social network VK.com.

According to the network's developers, TON was designed to provide prompt cryptocurrency transactions at a low cost and in a user-friendly way. Its creators defined TON as a blockchain-based ecosystem Web3.0 Internet with decentralized storage, an anonymous network, DNS (domain name system), instant payment processing, and various other decentralized services.

TON was founded as Telegram Open Network with the native coin Gram, originally developed by the Telegram team. In May 2020, Telegram withdrew from the project after litigation with the US Securities and Exchange Commission.

In October 2019, the U.S. SEC sued Telegram, claiming the tokens that have raised more than $1.7 billion of investor funds, known as grams, were unregistered securities, and demanded Telegram halt the launch of the TON blockchain. Telegram raised $1.7 billion from 171 initial purchasers using a Simple Agreement for Future Tokens (SAFT). The company used those funds, according to Telegram, to "capitalize its business and finance the creation of its blockchain."

As part of the lawsuit, the SEC also filed for an emergency temporary restraining order against the company that stipulated it would be unable to deliver or sell the gram token to anyone. As further justification for the emergency relief, the SEC declared that Telegram has "committed to flood the U.S. capital markets with billions of Grams by October 31."

The backbone of The Open Network is a scalable multi-blockchain platform designed to process millions of transactions in seconds. It uses the proof-of-stake consensus and can contain up to 292 accompanying blockchains. The following are key components of The Open Network: 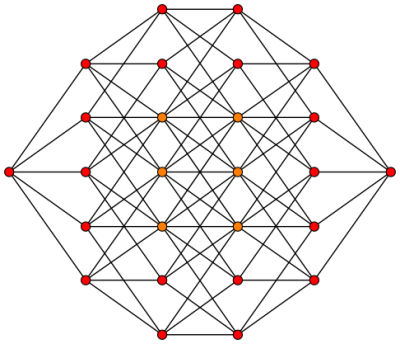 Other planned TON platforms include:

TON's development team declared that exchanging value should be as easy as exchanging information and that blockchain technology can function this way. The network's design is guided by the following commandments:

By design, network modifications within TON are only possible if approved by the majority of validators via the proof-of-stake consensus. It is not possible to change network software, configuration, or state by bypassing the vote.

The TON Foundation is a decentralized community set up by Anatoliy Makosov and Kirill Emelyanenko after Telegram abandoned the project. It is a community of open-source developers that has supported the development of TON since the transfer of rights. TON Foundation's goal is to stay true to the network's design as detailed in the original whitepaper.

TON announces strategic partnership with Matrixport, a digital asset financial services platform.
Toncoin is listed on the FTX cryptocurrency exchange.
Telegram agrees to transfer ownership of the ton.org domain and the TON GitHub repository to the open-source community.
The Testnet2 community votes for renaming the blockchain Mainnet. The Newton team, in turn, is renamed TON Foundation.
Telegram settles agreement with SEC and agrees to notify SEC of any plans to issue digital assets over the next three years. The Telegram Open Network project is closed.
The code of Telegam Open Network is open-sourced and testnet2 is started.
US SEC announces emergency action against Gram and obtains temporary restraining order against Telegram.
The Telegram team launches the first TON test network.
The Telegram team raises $1.7bn in a private ICO to launch Gram.
Pavel and Nikolai Durov assemble a development team to create the Telegram Open Network, a blockchain based on cryptocurrency called Gram.