Pavel Durov is the founder of Telegram and VK, a Russian social networking site. 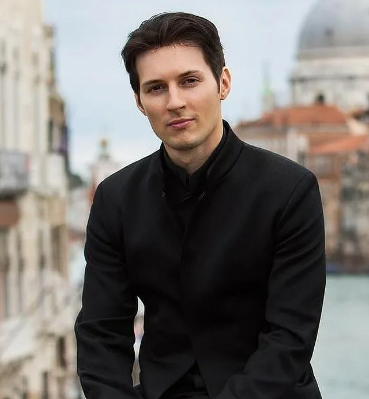 Pavel Valeryevich Durov is a Russian-born Kittitian, French entrepreneur who is best known for being the founder of the social networking site VK and later of Telegram Messenger.He is the younger brother of Nikolai Durov. Since being dismissed as CEO of VK in 2014,the Durov brothers have travelled the world in self-imposed exile as citizens of Saint Kitts and Nevis. In 2017, Pavel joined the World Economic Forum (WEF) Young Global Leaders as a representative of Finland. According to the official French government gazette, Durov became a citizen of France on 25 August 2021. As of 14 March 2022, his net worth is $15.1billion

Pavel Durov was born into a family of university professors Valery and Albina Durov. Pavel has two brothers: half-brother Mikhail from his mother's first marriage and brother Nikolai, a famous mathematician and world champion in programming among students. 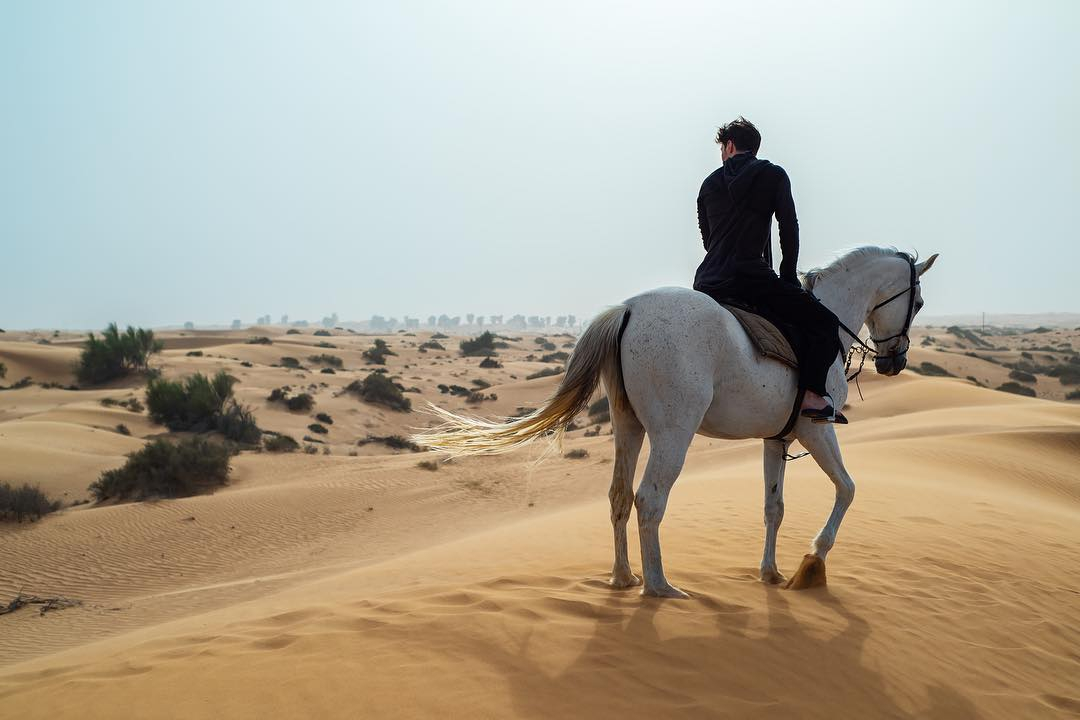 Part of Pavel's childhood was spent in Turin, where his father worked for several years. He studied at an Italian school. After returning to St. Petersburg, the boy entered the experimental classes of the Academic Gymnasium with in-depth study of foreign languages. At the age of 11, Durov began to write the first programs. In 2002, Pavel entered the philological faculty of St. Petersburg State University and began to study English. As a student, he participated in numerous olympiads in computer science, linguistics and design, and was engaged in the creation of websites.

Pavel Durov took his first steps in his studies in Italy, then he studied at a school in the city of Turin, where the head of the family worked for some time. Upon returning to his hometown, he becomes a student of the Academic Gymnasium at St. Petersburg State University. Classes in it provided Pavel Durov not only with an excellent linguistic base - he knows 7 foreign languages ​​​​(English, German, Spanish, French, Italian, Persian and Latin), but also aroused his interest in programming. Already at the age of 11, he began to be interested in computer programs and virtual projects. Already at this time, he was making his first successes in programming, cracking passwords on school computers and changing the standard screensaver to a photocaricature depicting an unloved teacher.

Despite this passion, Pavel Durov enters the Faculty of Philology of St. Petersburg State University in the direction of "English Philology and Translation". It is in the knowledge of foreign languages ​​that he seeks ways to perceive the world, discovers new perspectives in learning and his own development.

The years of study at the university were marked for Pavel by diligent studies, which ensured him multiple victories in linguistic competitions, design and programming competitions. He becomes a scholarship holder of both the Government and the President of the Russian Federation, and also three times - the laureate of the Potanin Prize.

In addition to the main educational disciplines, Pavel Durov pays attention to military training, attending the Propaganda and Psychological Warfare course at the military faculty. This gives him the opportunity to be the platoon leader of his native faculty, and also secures the rank of reserve lieutenant.

A logical conclusion to studying at St Petersburg University is a red diploma, confirming the high level of his knowledge and which is still at the university.

The development of the youth social network was preceded by other, smaller projects. It has a virtual library for the humanities, where abstracts and other important materials were collected for quick search and exchange of information. The address of this resource directly pointed to its creator - durov.com.

Further, he tried to create an Internet community of the university by creating a forum with the address spbgu.ru, where students from all faculties of this educational institution could communicate virtually. This network already required special registration with filling out a certain form: last name and first name, faculty, group number, list of friends, etc. Here you could both communicate with friends, share information, and keep author's blogs. Durov also thought of ways to promote his offspring: he was the organizer of virtual intra-university beauty and design contests with mandatory prizes and rewards. 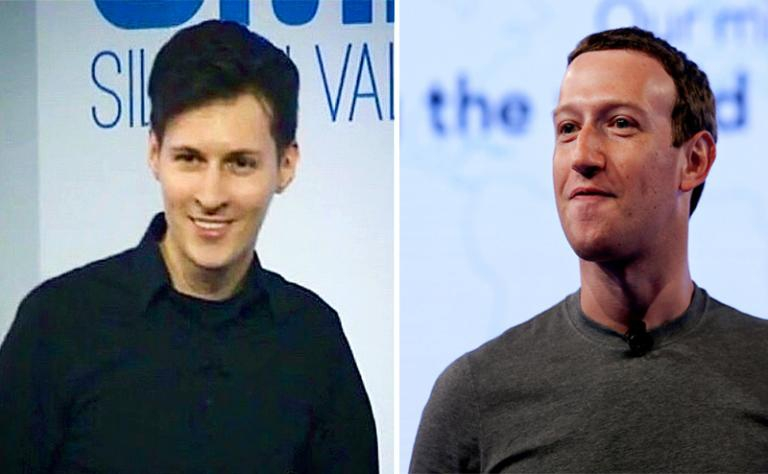 The idea to create the VKontakte network came to Pavel Durov after talking with an old friend Vyacheslav Mirilashvili, who was educated in the United States. Together they became interested in the Facebook project, analyzed the popularity of this network and decided to create an equally grandiose and successful Russian-language analogue. The implementation of the project required both financial costs and technical developments. The investments of the elder Mirilashvili helped to sort out the first problem, and both the friends themselves and Pavel's brother Nikolai and their mutual friend Leviev Leviev took part in the direct development of the site. As a result, Pavel Durov, Vyacheslav Mirilashvili and Lev Leviev were among the founders, Pavel became the general director, and Nikolai Durov took over the position of technical manager. Officially, the VKontakte social network began operating in September 2006. Its interface initially resembled Mark Zuckerberg's American version of Facebook.

During the functioning of this social network, the names have changed (from the first name "Students.ru" to the changed "VKontakte" and, finally, to the memorable abbreviation "VK"), registration rules and commercial approaches. 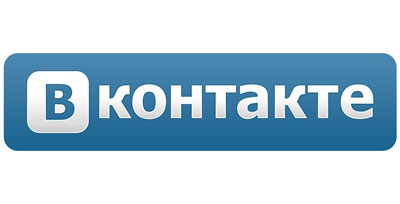 So the first months on the site it was possible to register exclusively by invitation, but since December the network has become open to all users. The success of the Russian social network was confirmed by its rapidly growing popularity - in the first year of its existence alone, the number of users of this Internet resource crossed the 3 million mark. In addition, Pavel Durov continued the tradition of holding various contests on this website, which had a positive effect on the promotion of VK.

At the same time, the VKontakte network was not spared some financial problems. Server maintenance was a constant expense. Therefore, the site, as a non-commercial project, required third-party investments. The first support came from the Didital Sky Technologies fund represented by Yuri Milner, who bought out a 25% stake in the resource for 6.3 million rubles. Later, this block of shares will pass to their new owner - the Mail.ru group.

2007 was the beginning of the site's commercialization period. First, users of the social network got the opportunity to use the virtual currency "votes" to make gifts to friends or influence the rating of their page. In 2008, financial revenues were already provided through contextual advertising. At this stage, the site already had more than 20 million users and was one of the leaders among Russian-language Internet sites.

Such popularity of the VKontakte network and some mystery, artificially created around the personality of its CEO Pavel Valeryevich Durov, required an appropriate location, the same extraordinary decisions and actions. Luxurious premises were rented for the VK office - the last 2 floors of the Singer House, which adorned Nevsky Prospekt. It was from the windows of this office that Durov threw out banknotes on the day of the city. He and his team that day strewn the street with cash "airplanes" totaling about $2,000. Thus, the young businessman, according to him, wanted to cheer people up on a holiday.

Along with the development of his brainchild, Pavel Durov did not forget about organizing contests with the support of creative and creative ideas. Since 2011, he has been actively financing start-ups that have won the professional selection. As a reward, he allocates 25 thousand dollars to the winners. Pavel also takes a great part in the development of the virtual information platform Wikipedia - in 2012 he transfers $ 1 million to the account of this site.

The developer of the St Petersburg University student network, the founder of VKontakte, the creator of numerous browser games - another powerful project of Pavel Durov was the Telegram messenger. It was for its development that the programmer actively began after leaving VK. A feature of the new platform was the use of a special method of message encryption developed by Pavel for secure correspondence. The strict privacy policy of user data, which has become an inviolable principle for Durov, has caused a new round of discontent on the part of the authorities.

This resource, refusing to obey the special services, was credited with cooperation with terrorists and was even assigned the role of the main communication channel for their communication. Moreover, it was announced that the messenger was used in organizing a terrorist attack in the St. Petersburg metro.

Roskomnadzor, headed by Alexander Zharov, as well as German Klimenko, adviser to the Head of the country on Internet development, tried in various ways to convince the "anarchic" Durov to give out user data, threatening to block the resource.

The result of such a confrontation at the end of June 2017 was the partial surrender of Pavel Durov, who provided the authorities with the necessary information to register Telegram in the register of Russian information channels. At the same time, he reassured his users that this step in no way concerns the disclosure of personal data, but only introduces the work of the messenger into the legal field of the country. The strict privacy policy is still a priority for the founders of Telegram, who ensure that user data does not fall into any intelligence agency in the world. 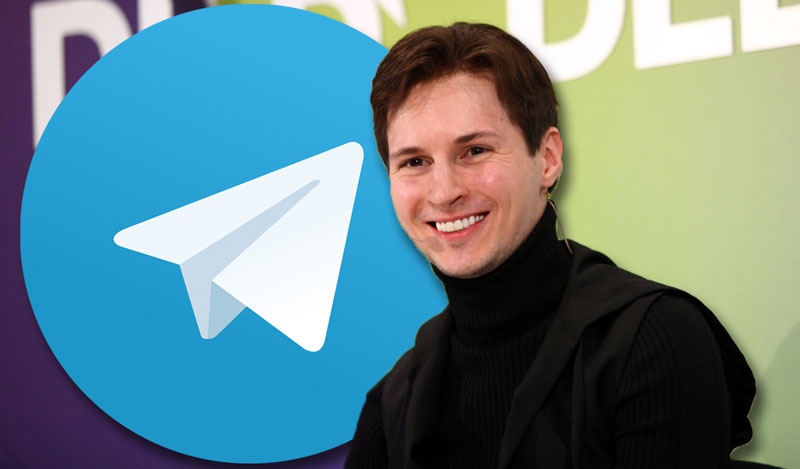 In 2017, Durov also announced new opportunities for Telegram users in the future. With the help of this resource, it will be possible to establish video communication, as well as conduct financial transactions without commissions - the Stripe virtual payment system will be responsible for making payments.

The resumption of the confrontation between Roskomnadzor and Telegram began in April 2018. Refusals to issue encryption keys to the FSB, which, according to Durov, is technically impossible, led to a court order to block the messenger.

April 16, 2018 was the start date for the blocking of Telegram in Russia, as a result of which more than 20 million accounts were closed, which, in turn, caused the failure of many Google and Amazon hosting sites.

On April 16, a new photo-response of Pavel Durov to the actions of the authorities appeared - he posted on social networks his photo on a white horse with words confirming his willingness to take risks for the sake of freedom.

Freedom, personal development, the ability to create and manage new projects - these were and remain the goals of Pavel Durov, a successful businessman and programmer.

The life of Pavel Durov in exile

In 2014 Pavel left Russia. He received a passport from the island nation of Saint Kitts and Nevis, but does not live anywhere permanently, moving around the world with a team of programmers.

Pavel was credited with an affair with a Russian model, the former common-law wife of rapper Timati Alena Shishkova. Also, according to the media, he met with actress Daria Bondarenko

Founder of Vkontakte leaves after dispute with Kremlin-linked owners
Durov started VKontakte, later known as VK, which was initially influenced by Facebook
Pavel Durov was born in Saint Petersburg.