Night Train to Munich is a 1940 British-American thriller film directed by Carol Reed and starring Margaret Lockwood and Rex Harrison. Written by Sidney Gilliat and Frank Launder, based on the 1939 short story Report on a Fugitive by Gordon Wellesley, the film is about an inventor and his daughter who are kidnapped by the Gestapo after the Nazis march into Prague in the prelude to the Second World War. A British secret service agent follows them, disguised as a senior German army officer pretending to woo the daughter over to the Nazi cause. 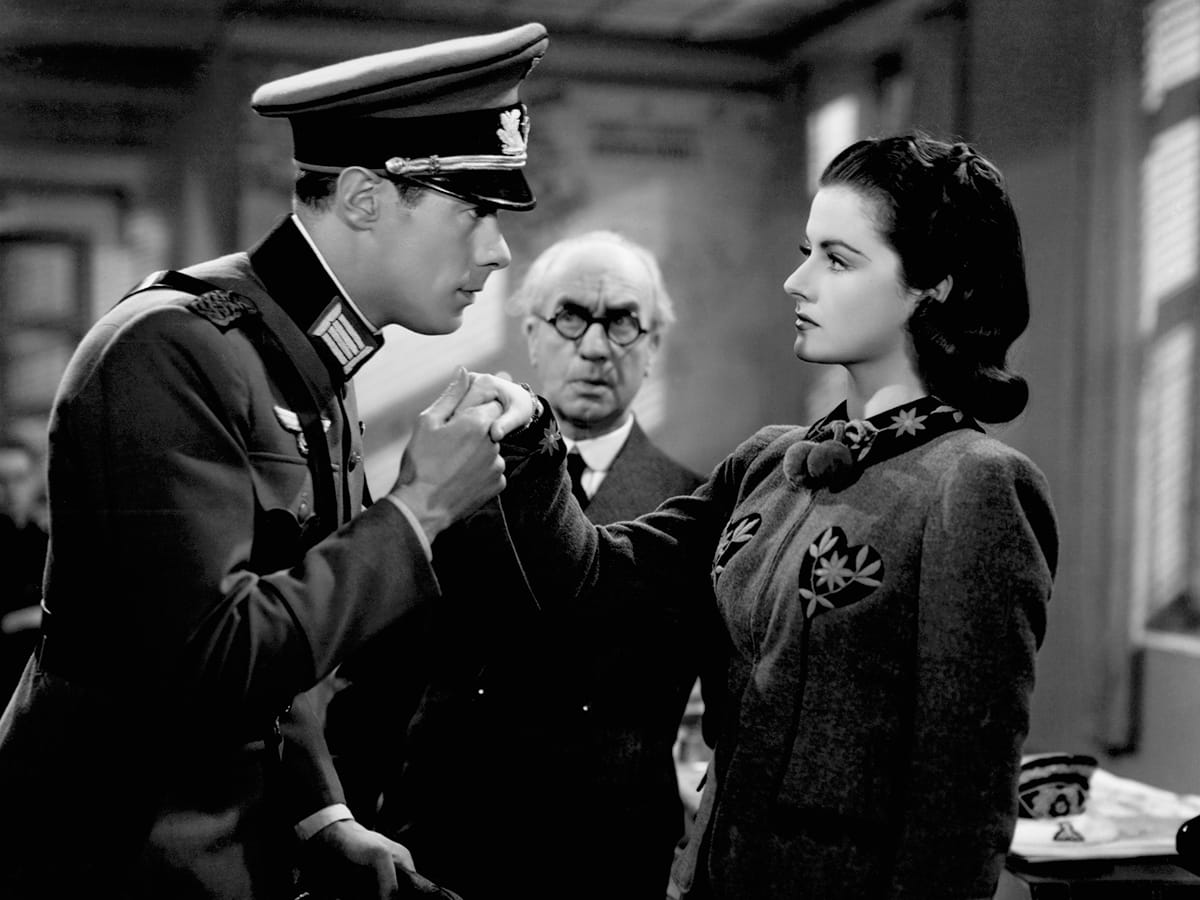 As German forces take over Czechoslovakia in March 1939, Axel Bomasch (James Harcourt), a Czechoslovak scientist working on a new type of armour-plating, is flown to Britain. Bomasch's daughter, Anna (Margaret Lockwood), is arrested before she can reach the airport and sent to a concentration camp, where she is interrogated by Nazis who are pursuing her father. Anna refuses to cooperate. Soon she is befriended by a fellow prisoner named Karl Marsen (Paul Henreid), who says he is a teacher imprisoned for his political views. Together they are able to escape and make their way to London. Marsen is in fact a Gestapo agent assigned to gain her trust and locate her father.

Following Marsen's suggestion, Anna places a cryptic newspaper advertisement to let her father know she is in the country. Soon after, she gets an anonymous phone call with instructions to go to the town of Brightbourne. There, Anna contacts Dickie Randall (Rex Harrison), a British intelligence officer working undercover as an entertainer named Gus Bennett. Randall takes Anna to her father, who is now working for the Royal Navy at the fictional Dartland naval base. Anna argues with Randall over her attempt to post a letter to Marsen (with an informative postmark). It does not matter, as Dr. John Fredericks (Felix Aylmer), Marsen's undercover superior in London, had tailed her to Brightbourne.

Soon after, Marsen arranges the kidnapping of Anna and her father, and brings them back to Germany by U-boat. Their captors threaten to put her in a concentration camp if Bomasch refuses to work for the Nazis. Meanwhile, Randall's proposal to rescue the Bomasches is (unofficially) accepted. He travels to Berlin and infiltrates the building where the Bomasches are being held, posing as Major Ulrich Herzog of the Corps of Engineers. He dupes Captain Prada and Admiral Hassinger into believing he was Anna's lover years ago and can persuade her to get her father to co-operate. Randall spends the night with Anna in her hotel room to maintain the pretense. When the Bomasches are ordered sent to Munich, he plans to accompany them and arrange their escape. However, Marsen shows up just as they are about to leave the hotel; he has been assigned to escort them to Munich.

Randall's situation is further complicated at the railway station, where he is recognised by a former classmate named Caldicott (Naunton Wayne), who is leaving Germany with his friend Charters (Basil Radford). Randall denies knowing Caldicott, but Marsen's suspicions are aroused. When the train makes an unscheduled stop (brought to a halt by a railway station guard played by Irene Handl in an early uncredited bit part) to take on troops, as war has just been declared between Britain and Germany, Marsen takes the opportunity to telephone his headquarters to have Herzog investigated. When Marsen's superiors call back to confirm there is no Major Herzog, Charters, attempting to use another telephone, overhears that Randall will be arrested when they reach Munich. 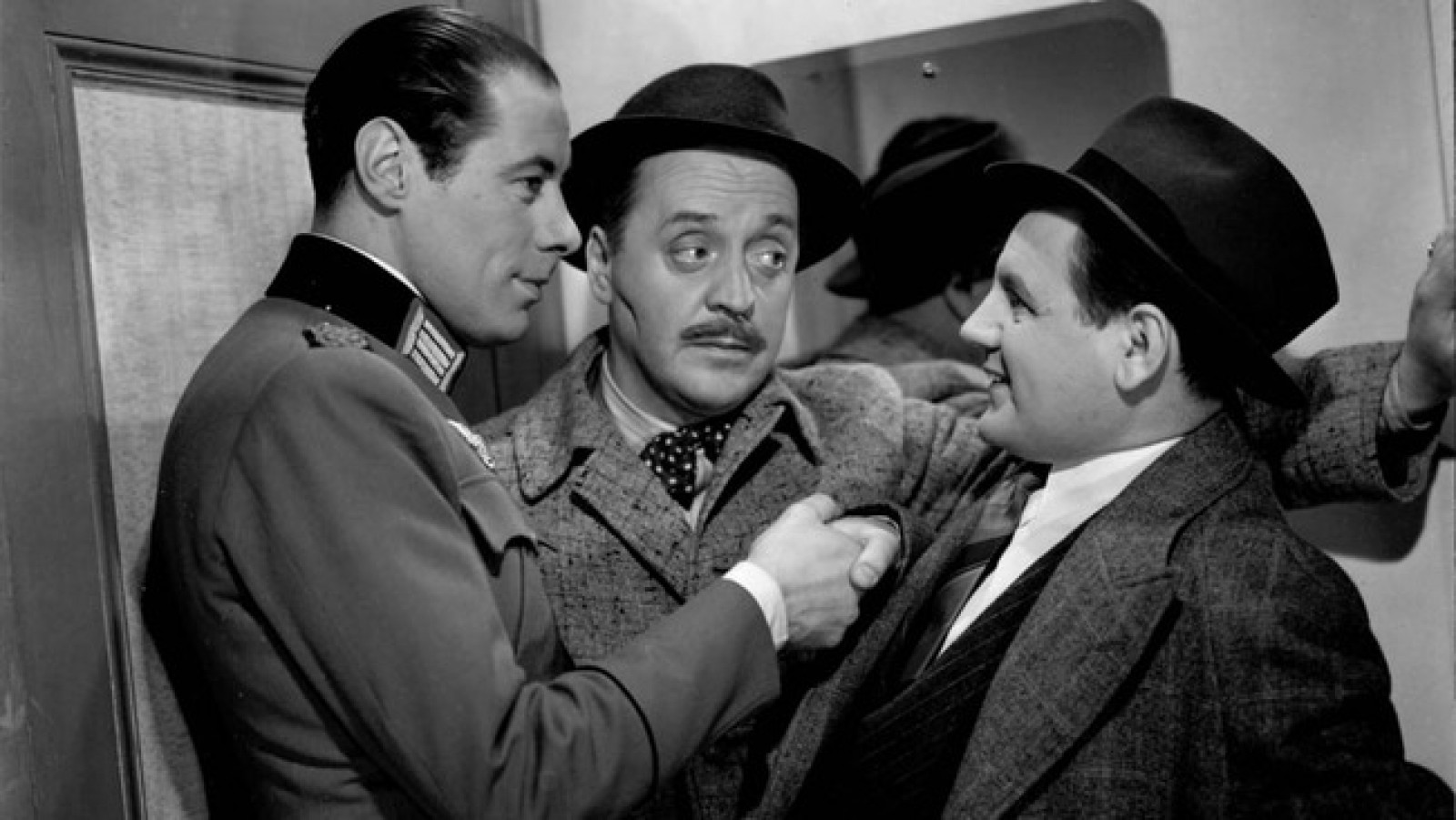 The two Englishmen barely manage to reboard the train before it leaves. Caldicott slips a warning to Randall, who is thus prepared when Marsen pulls out a gun as they near Munich. Charters and Caldicott overpower first the two guards, then Marsen. After swapping uniforms with Marsen, Randall commandeers a car. They speed up a mountain road, with Marsen and his men in hot pursuit. They reach an aerial tramway; at the other end is neutral Switzerland. Randall manages to shoot all of their pursuers except Marsen, while Anna and the others escape on the tram. Randall then boards the other tram and exchanges shots with Marsen. Marsen reverses the direction of Randall's tram, but he manages to jump to the other tram as it passes. When he hits Marsen in the leg, the latter is either unable, or unwilling, to reach the controls and stop Randall from reaching safety. Randall and Anna embrace.