Latent Labs is an AI-based company that tests autonomous vehicles in simulation.

Autonomous Vehicles need to be tested in simulation before trying them on real roads. For these simulations to be lifelike, they must include humans displaying realistic behaviours in addition to simulating the road environment accurately. Morpheus builds A.I.-based human behaviour models, using a machine learning technique called Imitation Learning.

There are two stages to the learning process: extraction of behaviours from raw data, and learning to imitate those behaviours. Computer Vision detects road users and tracks their motion. 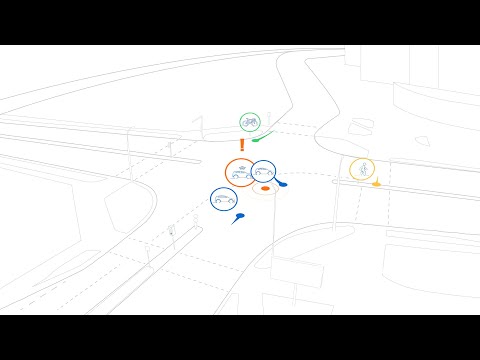 Imitation Learning, that learns from demonstration, then learns to create new, artificial behaviours which are indistinguishable from the ones used as the demonstration input. The virtual humans integrate with the customers’ preferred simulator via a standard API.

The behavior models learn from demonstrations that are collected from real-life examples of natural human behaviour, using computer vision on video data from traffic cameras or drone footage. Computer Vision detects and classifies road users, tracks their motion, and maps it from the pixel-space of the video into a position in the real three-dimensional world.

The models learn to generate realistic trajectories from this real-life behaviour. By training the models on data extracted from certain types of road users or traffic contexts, type- and situation-specific behaviours are created.