The Kyiv National Economic University is a higher educational institution in Kyiv, Ukraine, and a self-governing (autonomous) research National University. The university was founded in 1906 as a Higher commercial course.

The Kyiv Graduate Commercial Courses were founded in Kyiv in 1906 as a private higher education establishment tasked with the training of human resources for the sectors of economy in the south of the Russian Empire. It became the second higher education establishment in the field of economics in the Empire and the first one within the territory of Ukraine. At that time, the Courses had 229 students and 22 teachers.

In 1908, Kyiv Graduate Commercial Courses were reorganized into Kyiv Commercial Institute and provided with their own building in 22/24 Bibikovsky Bulvar (today this street is named Bulvar Shevchenko). Before that, the lessons took place in leased lecture halls of commercial schools of the city. In 1912, Kyiv Commercial Institute was granted equal rights on a par with state-owned higher education establishments. 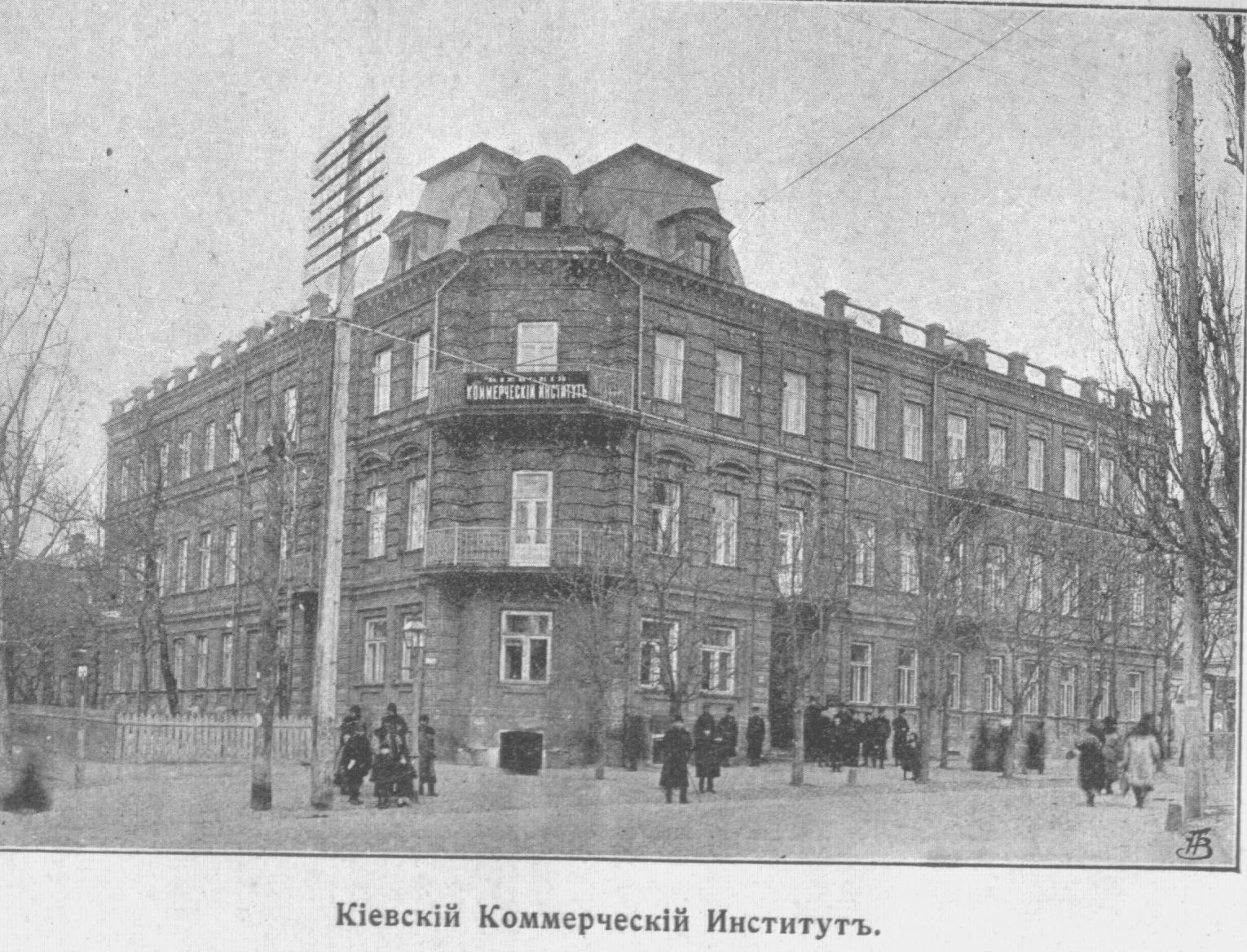 1908р. Photo made by: Dovnar-Zapolsky (from his book "Notes about Kyiv Commercial Institute")

In 1915, a number of institutions (including educational establishments) were evacuated to the East due to the German offensive on the Southwest Front. Kyiv Commercial Institute was evacuated in autumn 1915 to Saratov. The premises of the Institute in Kyiv, which had accommodated military units and services, were damaged while the Institute was evacuated. The students got more involved in politics due to the deterioration of living conditions under difficult evacuation conditions.

During the Freedom Movement from 1917 to 1921, the Institute was also involved in the revival of the Ukrainian state: one of its graduates (M.M. Kovalevsky) was a minister in the government of the Ukrainian People's Republic; one more graduate, S.S. Ostapenko, was the head of the Directorate Government of the Ukrainian People's Republic in early 1919. Teachers of the Institute were invited (firstly, by the Central Council; secondly, by the Hetman's Government) to develop components of the economic policy as the best specialists. The Institute shared some of its premises with other newly established educational establishments and even the Ukrainian Academy of Sciences founded in autumn 1918. The number of students kept growing. There were more than 5,000 students in early 1919.

After the final imposition of the Soviet regime in Ukraine, the Institute was conveyed into the ownership of the state and changed its name. Between 1920 and 1930 it was named Kyiv National Economy Institute (named after Yevheniya Bosh since 1924). 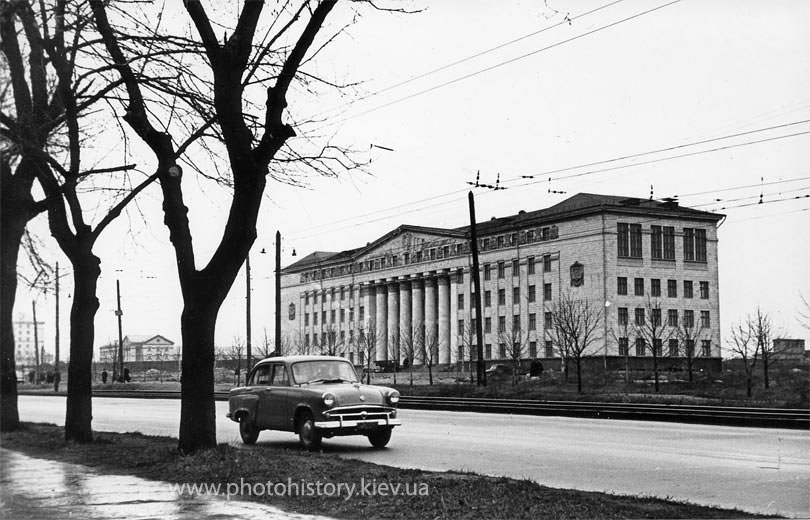 Achievements of the Institute in the development of Ukraine's economy were recognized at the state level. The resolution of the Cabinet of Ministers of Ukraine of 25 August 1992 transformed Kyiv National Economy Institute into Kyiv State Economics University. On 27 February 1997, the President of Ukraine granted Kyiv State Economics University the status of a national university in recognition of its thorough work focused on training highly qualified specialists for various branches of the economy of our state and the development of the domestic economic science.

In 2005, Kyiv National Economics University was named after V.P. Hetman, a prominent Ukrainian economist and the founder of the domestic currency of Ukraine, the builder of its banking sector. He obtained an education in Economics in our Institute. The 100th anniversary of the University was celebrated in November 2006 at the national level.