JJAANN is a Korean metaverse social drinking app that allows users to drink together virtually. The Seoul-based company was cofounded in 2021 by Seon-Joo Yoon and Junyoung Park. Yoon and Park serve as JJAANN's CEO and Product Lead, respectively. 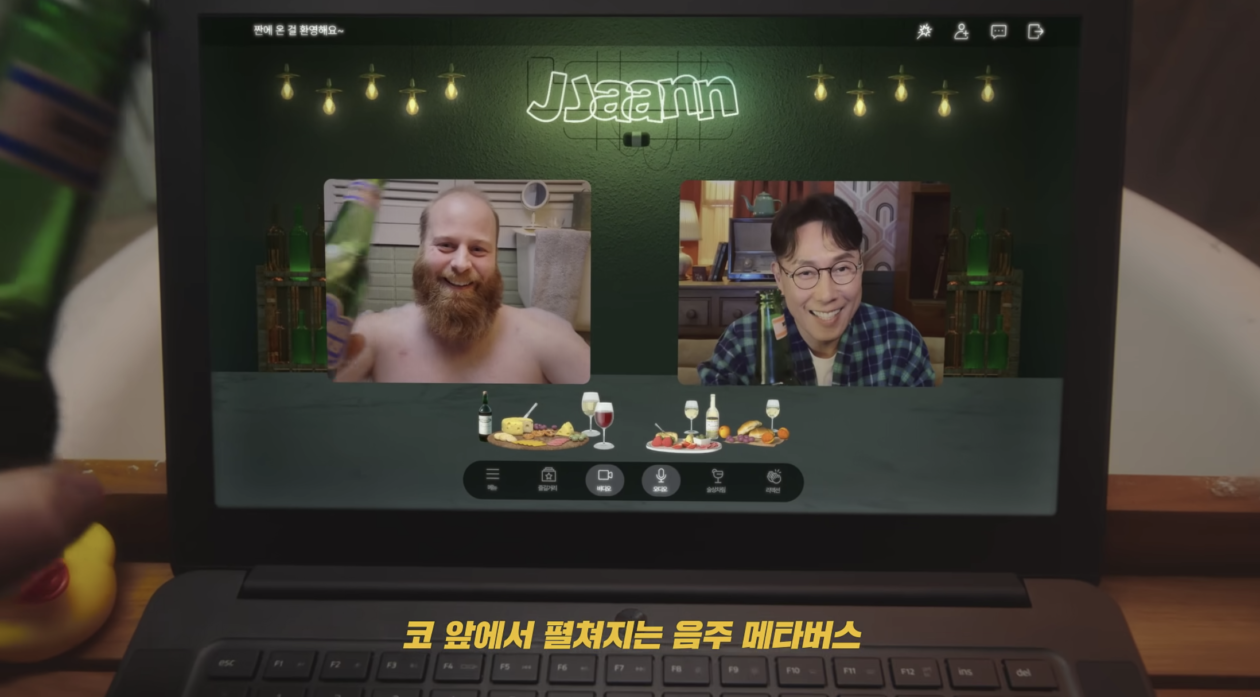 An example of a metaverse drinking hangout on JJAANN. Photo from forkast.news

Inspired by Korean social drinking culture, JJAANN allows users to share drinks from their homes by creating an account and sending an invite link to their friends, allowing them to join an interactive video group chat. JJAANN advertises itself as a "virtual party" and allows users to modify their metaverse hangout with background themes and food and drink stickers. The platform also lets users play interactive drinking games, watch YouTube videos, and do karaoke together. JJAANN also offers users the chance to share a virtual drink with celebrities and drinking experts, which they call "special jumos." JJAANN gets its name from the Korean word for "cheers."

In 2022, South Korea's largest convenience store chain, CU, announced it was launching its alcohol brands on JJAANN. CU said it would provide virtual banners and stickers of its alcohol drinks and snacks that can be used in JJAANN's virtual lounges. The company also announced plans to provide a delivery service in conjunction with its membership app, Pocket CU, that would allow JJAANN users to order food and drinks using the interactive CU banners.