Fingerbank is a suite of tools for the identification of networking devices based on their network fingerprints.

FingerBank uses a database of millions of DHCP, TCP, DNS, and other traffic fingerprints to identify nearly 35,000 classes of devices and provide anomaly detection based on observed device behavior, such as IoT device network visits, which can be useful in the development of Zero Trust infrastructures. Fingerbank Profiling encompasses the following:

A device fingerprint can be used for various applications. For instance, it can be used by Network Access Control (NAC) solutions to grant specific network access authorization, based on device type. This means that networks systems can be taught to differentiate between, for example, gaming consoles and laptops, and adjust their access rights based on which device group they belong to.

Fingerbank can distinguish between normal and anomalous behavior of devices in the network. Through continuous data mining, the Fingerbank technology can extract common patterns from networking devices and raise alerts when it encounters abnormalities in their functioning. 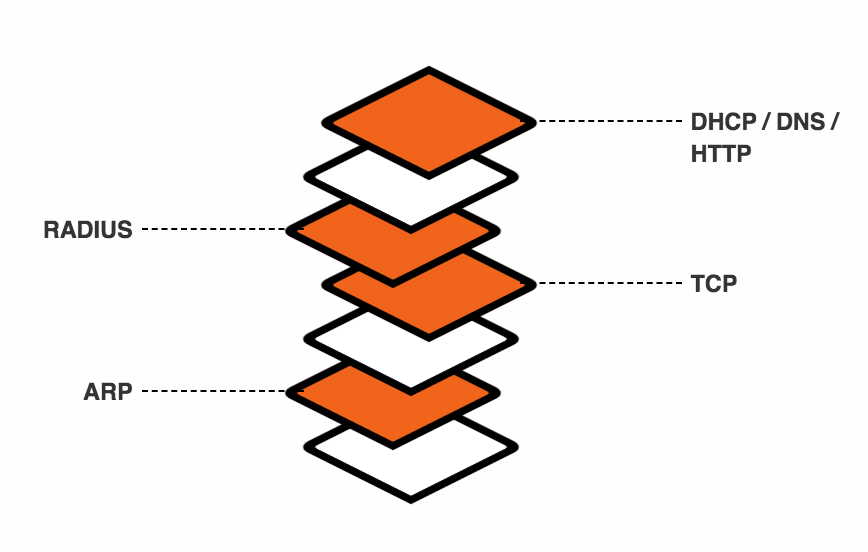 When a device connects to a network, it exposes data on different layers of the networking stack. The Fingerbank Collector can construct a precise fingerprint of the device and use the Fingerbank Cloud API to identify the device.

It provides a RESTful API for device identification, tracking of network behavior patterns, and user management with authentication, authorization, and accounting services. Registered users can perform up to 300 requests per hour for free, and 1 million API requests per month are available for purchase via subscription at $250 monthly.

The Fingerbank Cloud API is based on the Kubernetes (also known as K8s) technology. The official version is hosted on the Google Compute Engine in multiple data centers in order to achieve low latency across various geographical locations.

It is suitable for integration in firewalls, WiFi controllers, L2/L3 switches, IPS/IDS and other solutions. Following integration, these systems can query a self-contained local service for any device identification needs and perform their own anomaly detection based on the network behavior patterns provided by the Fingerbank Processor.

The Fingerbank Processor is a self-contained software solution. It does not have any dependencies and has a low memory and CPU footprint. It can run on various architectures, including x86, amd64, ARM, MIPS, etc., and operating systems, including Linux, BSD, Windows, Mac OS X, Solaris, and more. Upon launch, the Fingerbank Processor loads all the device identification rules from the filesystem.

The Fingerbank Processor also provides a small HTTP service exposing its RESTful API for device identification and anomaly detection. The provided API is a subset of the Fingerbank Cloud API.

The Fingerbank Processor is a self-contained binary with no dependency, meaning that it can be embedded into third-party security and network solutions. It is a more basic version of the Fingerbank Cloud API with response times under 20 ms, making it suitable for carrier grade usage.

These solutions can then apply network and security policies based on the device type. In addition, the Fingerbank Collector can detect anomalies by utilizing the Fingerbank Cloud API's network behavior patterns.

After it is set up, the Fingerbank Collector can be queried over HTTP using a RESTful API in order to obtain endpoint details based on the IP or MAC address. During this process the Collector interacts with the public Fingerbank Cloud hosted by Inverse.

The Collector automizes data discovery and collection processes. It has access to the latest data from the public Fingerbank Cloud, which is continuously updated by thousands of PacketFence (an open-source network access control system) deployments worldwide.

The Fingerbank SQLite3 database contains DHCP v4/v6 fingerprints, User-Agents, MAC vendors, combinations and derivations of devices. It is a few gigabytes in size and not suitable for embedding on routers, access points, or small equipment.

The Fingerbank SQLite3 database is a self-contained database file based on the SQLite3 format.

The Fingerbank SQLite3 database has been developed for offline usage where performance is not prioritized (e.g. for reporting purposes).

fingerbank.org
Is a
‌
Product