Electronic Design Automation (EDA) refers to tools used in the design and verification of integrated circuits (ICs), printed circuit boards (PCBs), and electronic systems, in general. EDA consists of software, hardware, and other services for the definition, planning, design, implementation, verification, and the subsequent manufacturing of semiconductor devices, or chips. In 2020, the global EDA industry was valued at $11.5 billion. With a growing demand for complex ICs, the industry is estimated to grow to $18.1 billion by 2026, a 7.7% CAGR forecast.

With the rise of very large scale integration (VLSI) systems and the increasing complexity of ICs and PCBs, EDA software, or electronic computer-aided design (ECAD), has become integral to the production of modern electronic systems, which can contain over a billion circuit elements. Before EDA, integrated circuits had to be designed by hand. The earliest EDA tools assisted with drafting the design, followed by tools helping with place and route and functional verification.

The EDA industry is closely related to the semiconductor manufacturing industry, of which the primary providers are semiconductor foundries or fabs. These facilities are owned by either large, vertically integrated semiconductor companies or independently operated as “pure-play” manufacturing service providers, with the latter category becoming the dominant business model. Other related industries include the embedded software industry and industries such as photonics and micro-mechanical sectors, which are seeing continued miniaturization and integration into electronic systems. EDA companies work closely with vertical users of the technology including consumer, automotive, aerospace, medical, and other industries with specific electronic design needs.

Before the emergence of EDA, ICs had to be designed and wired manually. EDA began with large OEMs employing teams of software engineers to build the required tools to automate the design, implementation, and verification of the chips they were manufacturing. Examples of these companies include Bell Laboratories, Texas Instruments, Intel, RCA, General Electric, Sony, and Sharp.

In the 1960s, computer-assisted interactive graphics design systems became commercially available. While these systems primarily targeted markets such as cartography, mechanical, and architectural design, they also found use in the interactive design of IC layouts. The leading companies producing these systems were Applicon, Calma, and Computervision.

In 1964, the Design Automation Conference (DAC) was founded to promote the development of electronic design automation. Still held annually, DAC is the premier conference for the design and automation of electronic systems, offering training, education, exhibits, and networking opportunities for designers, researchers, tool developers, and vendors.

Manufacturers began to use geometric methods to make tape for circuit photoplotters, and by the mid-1970s, developers were starting to automate the design process with tools including place and route (P&R).

In 1980, Carver Mead and Lin Conway published Introduction to VLSI Systems, proposing the idea of chip design through programming languages. The publication showed how using IC logic simulation and functional verification improved the design of complex chips—using computers to simulate the performance of ICs before generating the hardware and eliminating the need for manual design. 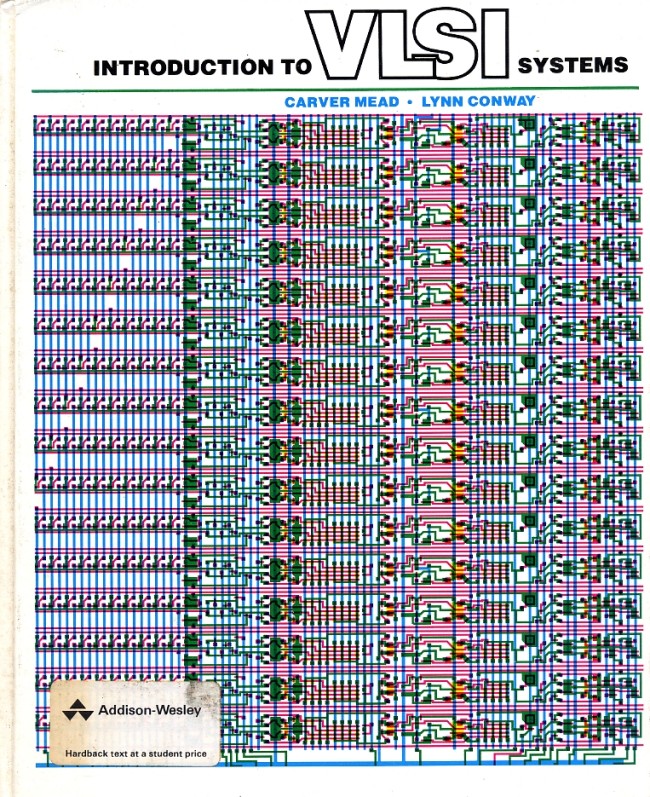 With the start of the commercial application-specific integrated circuit (ASIC) industry in the early 1980s, the need for tools to automate the simulation, design, and verification of chips became far more widespread. Many new companies formed to serve this need with captive teams at large OEMs leaving to start new enterprises. During this time, the primary focus was on software and special-purpose hardware capable of capturing the design and simulating it. Major companies leading the early EDA industry include Daisy Systems, Mentor Graphics, and Valid Logic.

By the late 1980s, the EDA industry had matured with point-tool companies replacing broad-line suppliers of multiple software and hardware products aimed at automating a larger portion of the IC design process. The leading companies of these solutions were Synopsys, Cadence, and Mentor (now Siemens EDA). It was during this phase that the term EDA was first used.

In 1989, the EDA Consortium (EDAC) was founded “to promote the health of the EDA industry, and to increase awareness of the crucial role EDA plays in today’s global economy.”

In 2005, the IEEE Council on Electronic Design Automation (CEDA) was established. The council aims to foster design automation of electronic circuits and systems at all levels. CEDA helps to enable the exchange of technical information through publications, conferences, workshops, and volunteer activities. The council also recognizes scientific activities sponsoring numerous awards for individuals with demonstrable impact on the field. It is an organizational unit of IEEE, with seven member societies:

A newer, separate application in EDA is silicon lifecycle management (SLM), monitoring device performance post-manufacture to ensure it performs as expected and is not tampered with.

While EDA products are primarily delivered as software, there are use cases in which physical hardware is required. Typically this is for extremely high performance, when a large amount of data must be processed during simulation and verification. In these instances, a dedicated hardware model is preferable to software, reducing the time taken for various tasks. EDA hardware is primarily delivered via emulation and rapid prototypes.

Simulation tools predict the behavior of proposed circuits typically described in a standard hardware description language such as Verilog or VHDL. These tools model the behavior of circuit elements with varying degrees of detail and undergo a range of simulations to predict the performance of the final circuit. The detail required is generally determined by the type of circuit and its intended use. Simulation tools can integrate a hardware-assisted approach if a very large amount of data has to be processed.

Verification tools determine if the resulting design (either logical or physical) delivers the required performance. To do this, verification tools incorporate many processes. Physical verification ensures the design is achievable with the given manufacturing requirements. Verification can also compare the implemented circuit to the original description, ensuring it achieves the required functionality. Layout vs. schematic (LVS) is an example of this process. Functional verification uses simulation technology to compare the design's behavior to expectations. All these verification approaches are defined by the inputs provided. Equivalence checking verifies the performance of the circuit algorithmically, without requiring input stimulus.

EDA tools for analog systems are less modular, due to the added complexity of their function and the strong interaction between different parts of the system. Verilog provides a hardware description language for designing analog electronics called Verilog AMS. However, many EDA tools are integrating description language with verification languages—SystemVerilog, for example.

While the use of EDA software remains primarily within the semiconductor industry, new trends associated with digital transformation have seen IC and PCB design in use in broader markets. Within the automotive industry, OEMs are investing in EDA software for the development of next-generation electrified and autonomous vehicles. EDA is becoming more important to aerospace and defense companies as avionics systems grow in complexity. New technologies such as 5G, machine learning, cloud computing, edge computing, and cybersecurity are placing pressure for innovation on semiconductor and electronics suppliers.

The three largest EDA companies are Cadence, Synopsys, and Mentor. In 2017, Siemens acquired the Mentor Graphics company, along with its portfolio of EDA software and services. In 2021, the company branding changed from Mentor to Siemens EDA a part of Siemens Digital Industries Software.

EDA research is most advanced in Europe and America. While the EDA market in China is significant, research and development started relatively late, and the companies involved are small compared to other regions. The most significant EDA companies and research institutes operating in China include Beijing Huada Nine Days Software Co. Ltd., Fudan University, and Xi'an Electronics University of Science and Technology.

All of Mentor's EDA products remain available and supported by Siemens EDA.

The company along with its EDA software and services become a part of Siemens.

The IEEE Council on Electronic Design Automation is established.

The council fosters design automation of electronic circuit and systems at all levels.

The international association of companies engages in the development, manufacture, and sale of design tools and services to the electronic engineering community.

One of the longest-running conferences tailored to the design and automation of electronic circuits and systems.