Drohobych Salt Plant, which has existed since 1250, is the oldest operating saltworks in Drohobych, Lviv region of Ukraine. Since then, the technology of salt production has not changed.

Drohobych Saltworks ( SE Drohobych Saltworks , Drohobych Saltworks , Drohobych County ) is the oldest of the existing saltworks in Ukraine and one of the oldest enterprises in Eastern Europe.
Drohobych Saltworks is a state-owned enterprise whose main activity is salt extraction. In addition, extraction of other minerals and quarrying. Works at the address: 82100, Lviv region, Drohobych city , Solony Stavok street , building 27.
The first mention of salt from Drohobych dates back to 1390 , when Volodymyr Opolchyk endowed the Galician archbishopric with a tithe of salt from Drohobych. It is commonly pointed out that the saltworks (župa) has been operating continuously since 1250. This date has no historical basis. However, the Drohobych saltworks is mentioned for the first time only in the sources of the end of the XIV century.
History
The Drohobych saltworks has been operating in the same place, near the sources of "raw material" - salt brine, at least since the 14th century, and possibly before. Therefore, Drohobych Saltworks, which still operates today, can be considered the oldest permanent industrial enterprise in Ukraine . During the centuries of prosperity, Drohobych was facilitated by the saltworks, which supplied salt not only to Galicia and Transcarpathia , but also to Volhynia , Kholm and Kyiv.
Chumaks from different parts of Ukraine came from Drohobych salt - from Podillya , distant Bratslav region , Kholm region , Volyn region . At the Volyn piers above Sluch and Horyn , Drohobych salt was loaded on river vessels - lumps and rafted to Pripyat , and then along the Dnieper to Kyiv itself . Some of the towers in Drohobych, Yasenytsia and other surrounding villages belonged to the king. They forced peasants to work, subject to the monarch, who leased the parish to wealthy Italian merchants, mostly Genoese, who went with merchant caravans from Italy throughLviv and Bukovyna to the Crimean city of Kafa .
During the 14th and 15th centuries, they were almost continuously the managers and main employees of the parish (the old name of the saltworks) in Drohobych - they skillfully pleased the kings and did not forget about their own gain. The Italians produced high quality salt. They significantly expanded Drohobych's trade ties with Europe . However, acting monopolistically and profiting from exploitation, they often caused conflicts in the city. 1491The conflict between the Italians and the people of Drohobych and the visiting merchants was resolved by royal decree. At the same time, it was decided to produce carts 14 feet long, 17 feet wide at the bottom and 20 feet wide at the top, and 20 feet high on top of each other. The cart of this design contained 6,000 salt furnaces. Soon, in order to keep the streets in good condition, Drohobych residents received the right to collect 3 dinars from a cart that passed through the city with salt or goods.
From the description of 1768 we know that Zhupna Street (it still exists) had a wooden floor. It was connected with the territory of the county by a bridge built over the then rather deep Pobuk stream. At the time of the above-mentioned description, there were two wells in the Drohobych parish: Korolivska (pit № 1) and Baron Gartenberg (pit № 2) with restored privacy. Both were allowed to produce salt in favor of the so-called "hospital for the poor" - a small hospital at the church. In 1565, 26,000 barrels of salt were boiled in Drohobych, including about half in private saltworks and the rest in the royal parish.
Yuriy from Drohobych, son of Mykhailo Donat, worked at the saltworks. He was named Kotermak in the notation of one of his acquaintances about death. It is possible that it was a nickname. The first author of a printed book from our country, the first Russian doctor of medicine, one of the rectors of the famous University of Bologna in Italy, one of the deans of the equally famous in Europe Krakow University, a contemporary and in many problems like-minded Leonardo da Vinci, teacher (probably researchers) Nicholas Copernicus - this is how this man appears before us.
Currently, the company produces two types of products: "Iodized cooking salt" and "Cooking salt without additives", which have a "Certificate of Conformity of the State Certification System UKRSEPRO" registered in the Register for № 11A 1.021.H003763-07. Salt meets the requirements of DSTU 3583-97 (GOST 13830-97) "Kitchen salt. General technical conditions ".
In April 2019, it was announced that the plant would be a tourist attraction.
Technology
The technology of salt extraction involves the following sequence of basic operations: pumping brine from the mine - gravity cleaning of brine by settling in settling tanks - evaporation of salt in the bars - grinding to marketable size - packing salt.
Mine brine extraction

Firebox under the vats of evaporation of salt. 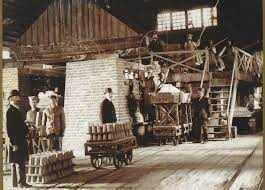 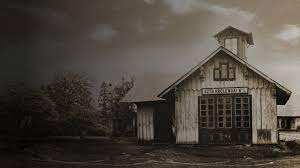 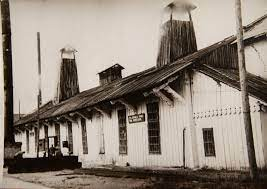 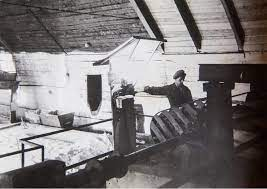 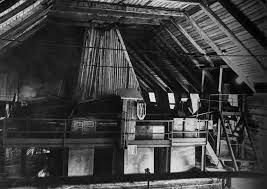 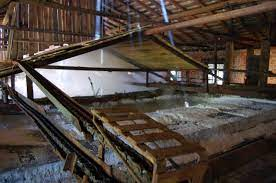 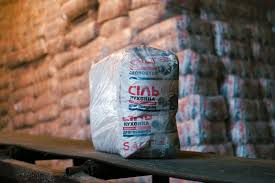 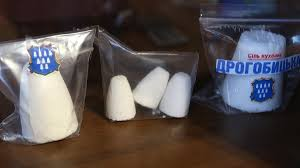 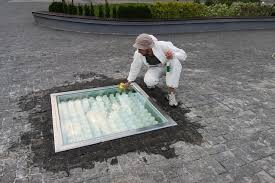