The process of capturing waste carbon dioxide (co2) from large point sources, such as fossil fuel power plants, transporting it to a storage site, and depositing it where it will not enter the atmosphere

Pre-combustion capture systems convert solid, liquid, or gaseous fuel into a blend of hydrogen and CO2. This is achieved through processes of gasification or reforming. The result can be used to fuel electricity production and has been suggested as a possible fuel source for vehicles or home heating with lower emissions than current fuel sources. 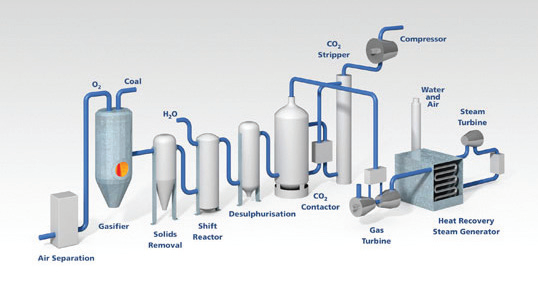 Post-combustion capture involves capturing the carbon dioxide from the exhaust of a combustion system and absorbing it into a solvent before the pollutant elements are removed and compressed. These processes can include using high-pressure membrane filtration and cryogenic separation processes. This is the most common used process of carbon capture, especially for power plants.

Using oxy-fuel combustion, oxygen is separated from the air before combustion. The fuel is then combusted in oxygen using recycled flue-gas. This creates an atmosphere full of oxygen and nitrogen with flue-gasses (comprised of CO2 and water) and allows for easier purification.

In some cases, captured CO2 can be used to produce manufactured goods and in industrial and other processes, rather than being stored underground. One of the primary uses of CO2 is for enhanced oil recovery, a method of oil extraction that uses CO2 and water to drive oil up the well, improving oil recovery and sequestering the CO2 underground. A general problem is that long term predictions about submarine or underground storage security are very difficult and uncertain, and there is still the risk that some CO2 might leak into the atmosphere. 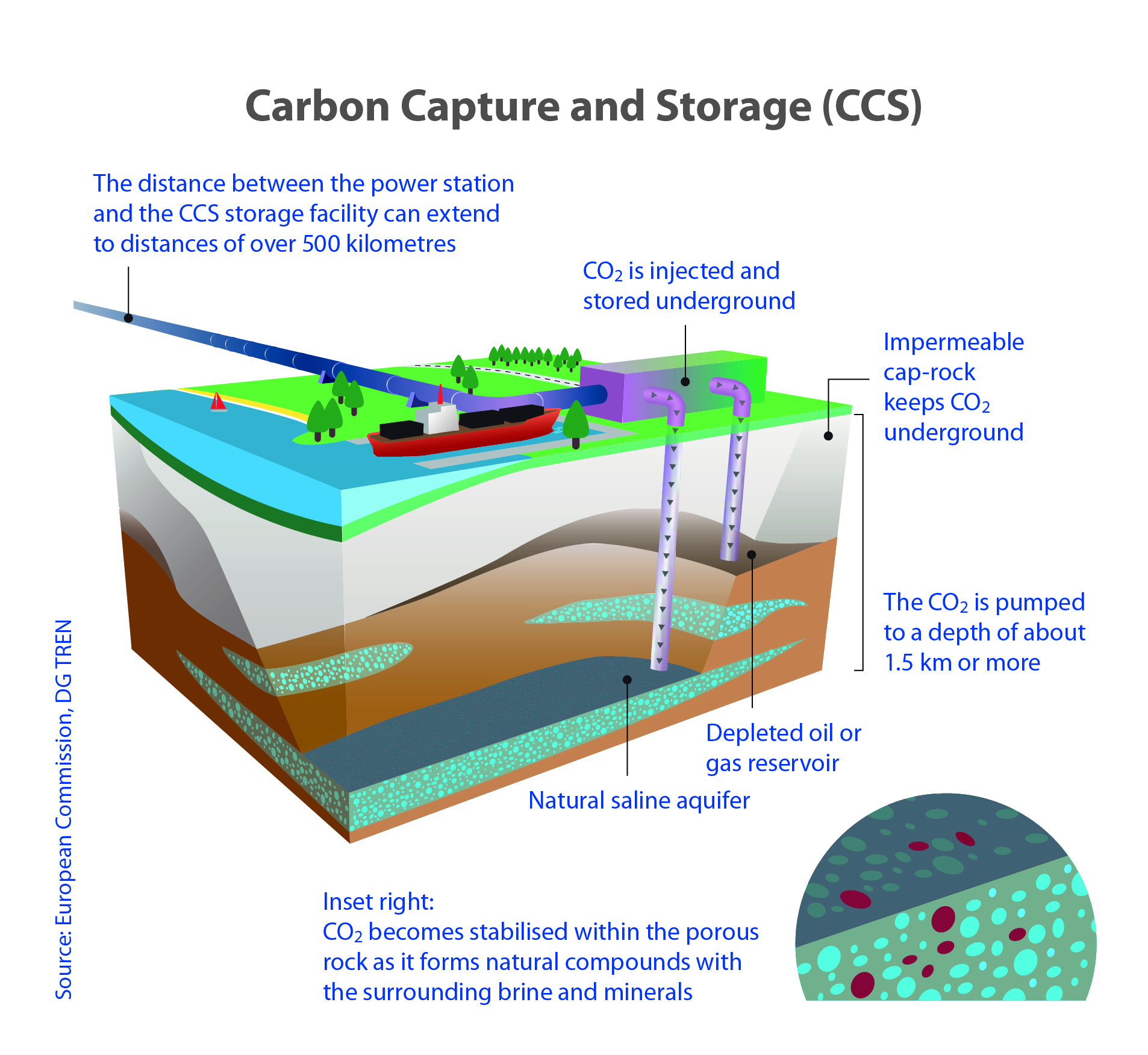