Bloot (not for weaks) is a non-fungible token (NFT) collections stored on the Ethereum blockchain. A total of 8000 Bloot NFTs have been minted, and they are held by 3877 owners.

In 2021, Dom Hofmann released Loot, an NFT project of 8,000 randomly generated treasure sheets for a videogame he was yet to create. Ethereum developers then filled in the gaps by creating related character sheets, artwork, and music. Bloot is an offshoot project of Loot’s medieval lore.

Bloot is referred to as Based Loot. It replaces the medieval treasure of Loot NFTs with memes from cryptocurrency speculators present on 4chan, Reddit, and Crypto Twitter. For example, rather than Loot’s “Divine Robes of Anger,” Based Loot’s heroes don ‘ERC-20 Poor’ Maxi Skirt of Rugging.” Rather than “Wool Shoes,” it offers “Moon Shoes of Death.” Bloot’s warriors don’t fight with “Short Swords,” but with “Baguettes of Shit.” 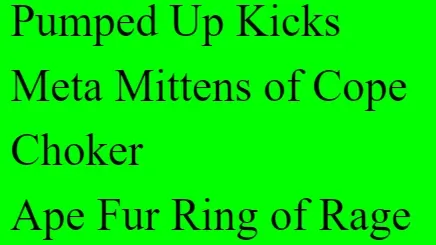 Bloot is a text-based non-fungible token project termed (not for weaks). The founding team worked with Pixel Vault investor and advisor, Beanie. The team added a parody aspect to the project, which is highlighted by its description on OpenSea: "It's basically worthless."

Bloot prices its NFTs by incorporating a free-to-mint model, which includes secondary royalties. The cofounder of the project, Dylan Orrell, said the free-to-mint model does not assign value to the tokens. This allows the market to make the decision on what it thinks is valuable.

"It was really, really interesting to see how the different traits sort of gained value based on the perception of the community."

The team mentioned they were working on another NFT project. The project was created after the NFT project Loot (for explorers) launched, then changed the idea of what NFTs project were supposed to look like.

"The whole idea of putting something out and saying 'hey we're going to build something and hand it to you and you can do whatever you want with it,' was the point in which the Bloot team realized they could create a different type of NFT project." 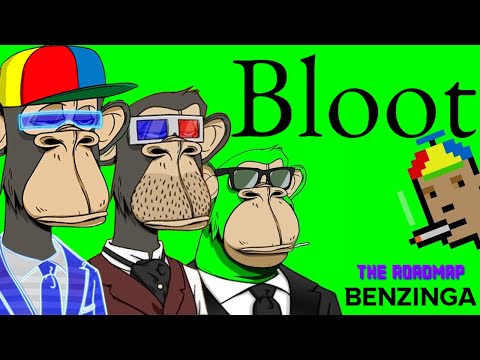 Bloot... not for Weaks | The Roadmap

Bloot’s sense of humor seems to alienate prominent NFT investors. Pranksy, an NFT collector, told Decrypt that the community is “a very nasty community built up of 4chan forum posters,” and represents “the worst side of NFTs.”

Will Papper, who is the creator of Loot’s ERC-20 token, AGLD, posted on Twitter that he has received death threats from Bloot’s community, and that only “scammers” would say that BGLD is connected to AGLD. A well-known Bloot investor, Beanie, told the Bloot community to be courteuous to Papper, but the platform's Discord chat is more vicious and brash than Loot’s optimism.

Bloot Fund was started by Beanie and traderDAO for the Bloot community's benefit. The Bloot Fund's objective is to award chosen community members with funding that comes in the form of $BGLD to enhance and support the larger Bloot community and ecosystem. The enhancement can take different forms, such as technical, artistic, or volunteerism. Particular consideration is applied to applications that are BoB, which means Built on Bloot. The Funds will be granted in $BGLD at an exchange rate of 1 ETH as at the time of disbursement. The amount of accepted Bloot Fund grants is decided by the Bloot Creator team.