Anna Akhmatova wrote about herself that she was born in the same year as Charlie Chaplin, Tolstoy's Kreutzer Sonata and the Eiffel Tower. She witnessed the change of eras - she survived two world wars, a revolution and the blockade of Leningrad. Akhmatova wrote her first poem at the age of 11 - from then until the end of her life she did not stop doing poetry.
Literary name - Anna Akhmatova

Anna Akhmatova was born in 1889 near Odessa in the family of a hereditary nobleman, a retired fleet mechanical engineer Andrei Gorenko. The father was afraid that his daughter's poetic hobbies would disgrace his surname, so at a young age the future poetess took on a creative pseudonym - Akhmatova.

“They called me Anna in honor of Anna Egorovna Motovilova’s grandmother. Her mother was a Genghisid, Tatar princess Akhmatova, whose last name, not realizing that I was going to be a Russian poet, I made my literary name. Anna Akhmatova 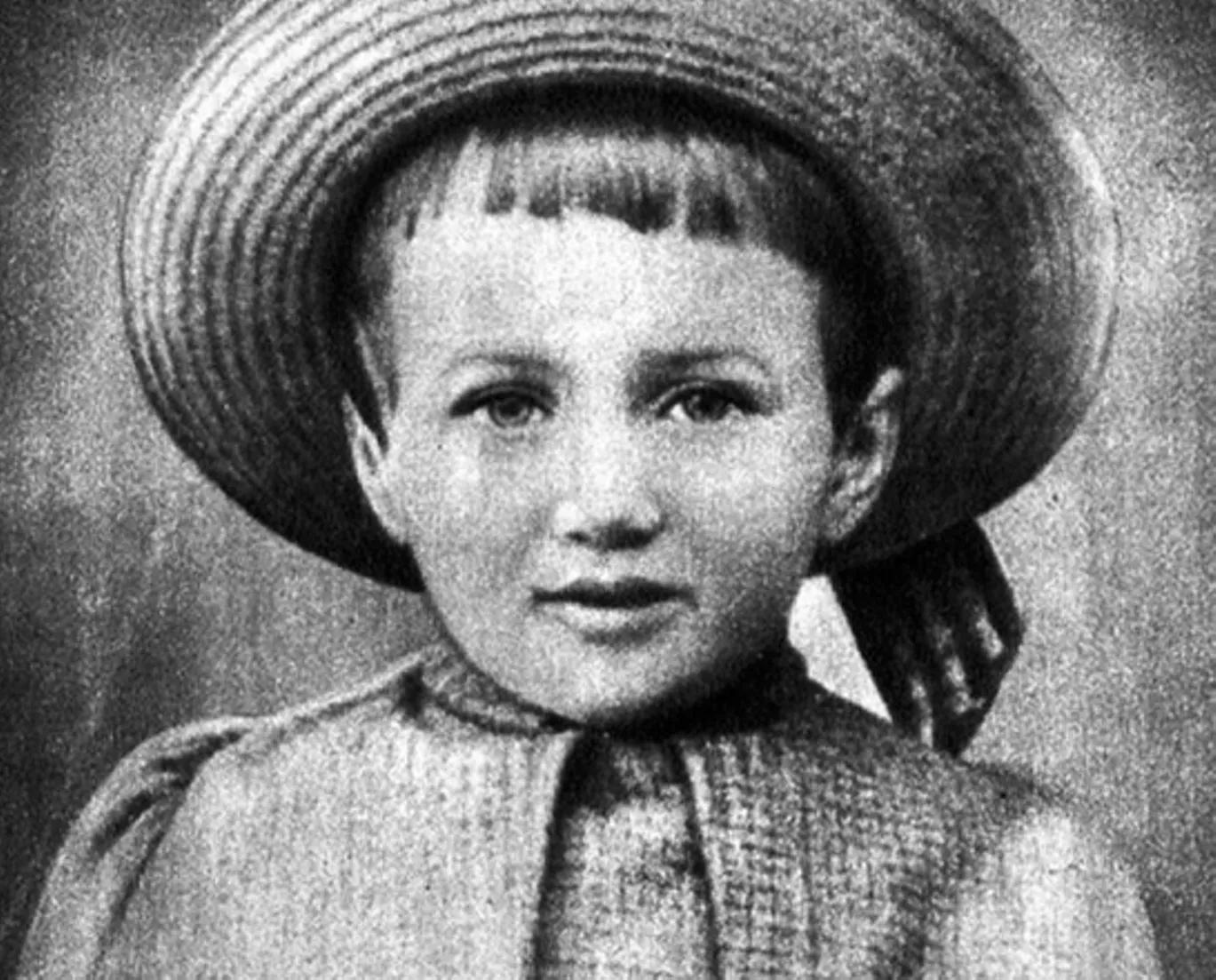 Anna Akhmatova's childhood passed in Tsarskoye Selo . As the poetess recalled, she learned to read from Leo Tolstoy 's "ABC" , spoke French, listening to how the teacher studied with older sisters. The young poetess wrote her first poem at the age of 11.

Akhmatova studied at the Tsarskoye Selo Women's Gymnasium "at first badly, then much better, but always reluctantly . " In 1905 she was homeschooled. The family lived in Evpatoria - Anna Akhmatova's mother broke up with her husband and went to the southern coast to treat tuberculosis that had become aggravated in children. In the following years, the girl moved to relatives in Kiev - there she graduated from the Fundukleevskaya gymnasium, and then enrolled in the law department of the Higher Women's Courses. 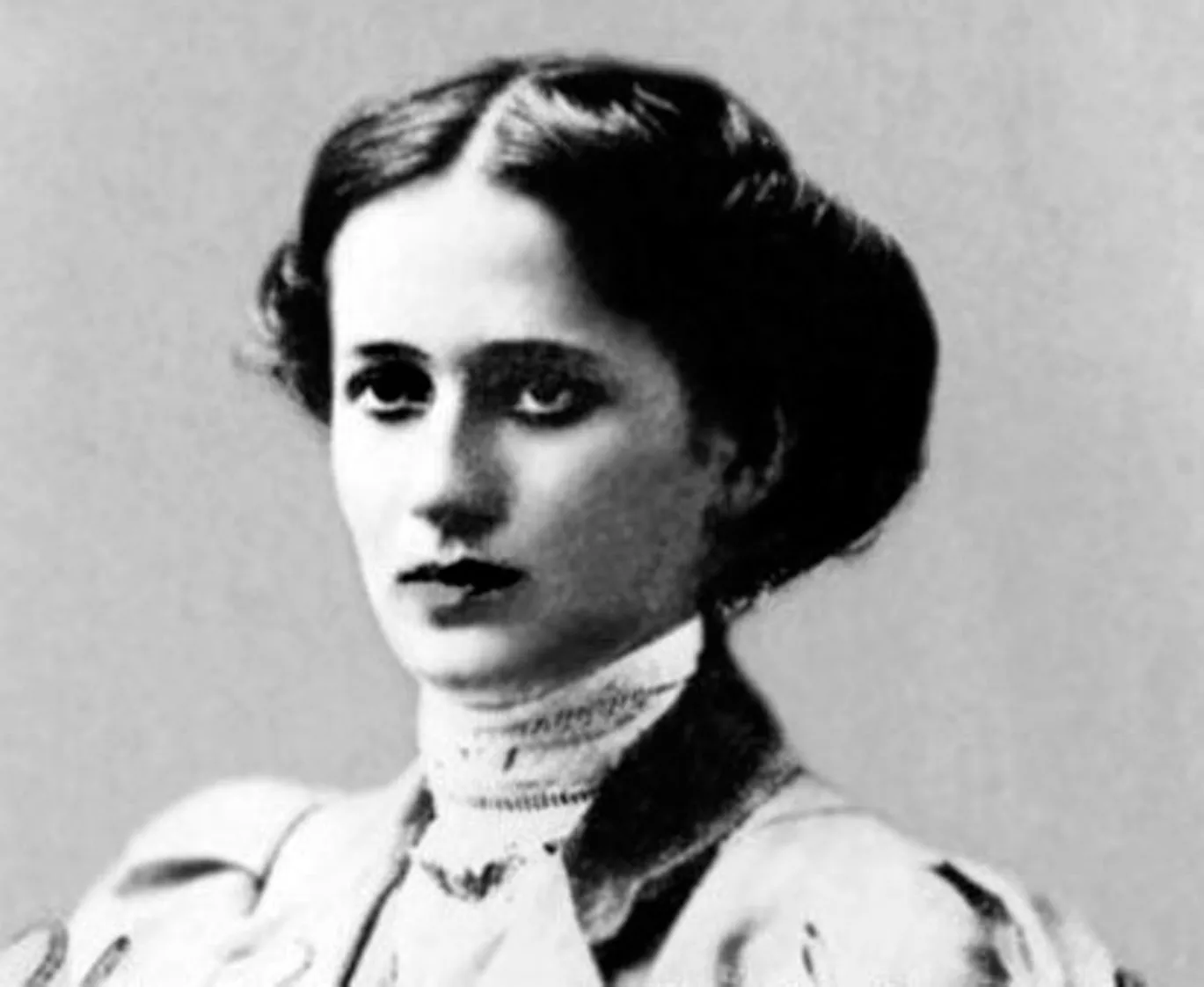 In Kiev, Anna began to correspond with Nikolai Gumilyov , who courted her back in Tsarskoe Selo. At this time, the poet was in France and published the Parisian Russian weekly Sirius. In 1907, the first published poem by Akhmatova was published on the pages of "Sirius" "There are many brilliant rings on his hand ..." . In April 1910, Anna Akhmatova and Nikolai Gumilev got married - near Kiev, in the village of Nikolskaya Slobodka. 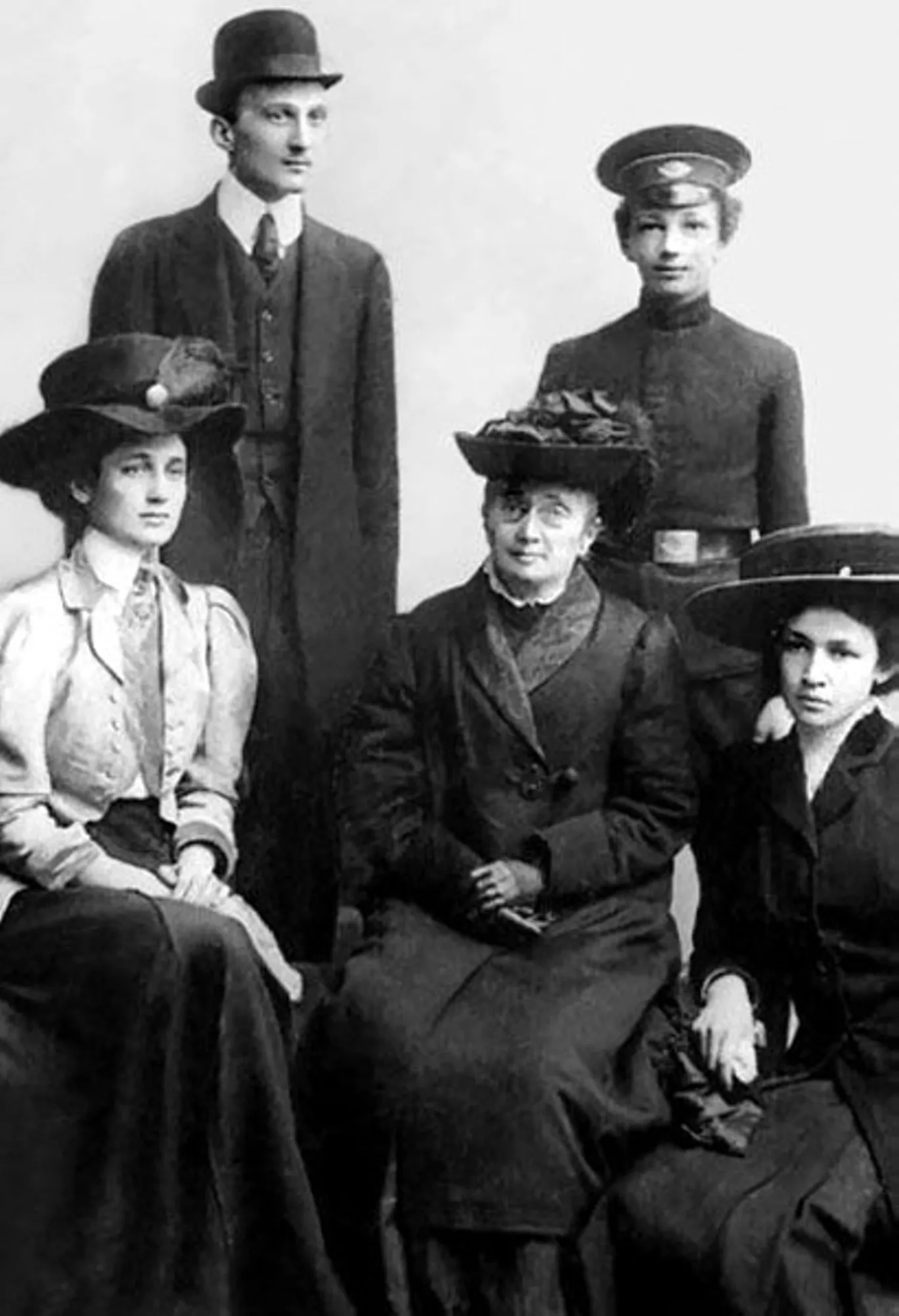 After returning to St. Petersburg , Akhmatova entered the Higher Historical and Literary Courses. At the beginning of her work, she went the way of acmeism - she represented a new literary trend that opposed the symbolism of the 19th century. Akhmatova, together with Gumilyov, Gorodetsky, Mandelstam and other poets, proclaimed the cult of concreteness, materiality, "substantiality" of literary images. During that period, she wrote a lot of poetry and quickly became popular in poetic circles. The first fame for the poetess was brought by her performance in the literary cabaret Stray Dog.

"No generation has ever had such a fate"

In 1912, the first collection of poems by Akhmatova "Evening" was published - the literary Petersburg public took it with great interest. In the same year, the poetess gave birth to a son, Lev Gumilyov, the future scientist.

Before the outbreak of the First World War, Akhmatova published a second collection of poems - "Rosary". It seemed to her that this book of love lyrics could "sink" in the world events of that time. However, over the next decade, the collection was reprinted eight times.

In 1914, Nikolai Gumilyov went to the front, and Anna Akhmatova spent a lot of time at Slepnev, the Gumilevs' estate in the Tver province. Here she wrote most of the poems that were included in the next collection - "The White Flock", published in 1917.

The “White Flock” was opened by the poem “We thought: we are poor…” of 1915 - then the poetess spoke about the first military losses:

We thought: we are poor, we have nothing, And as we began to lose one after another, So every day became a memorial day, - They began to compose songs About the great generosity of God Yes, about our former wealth. 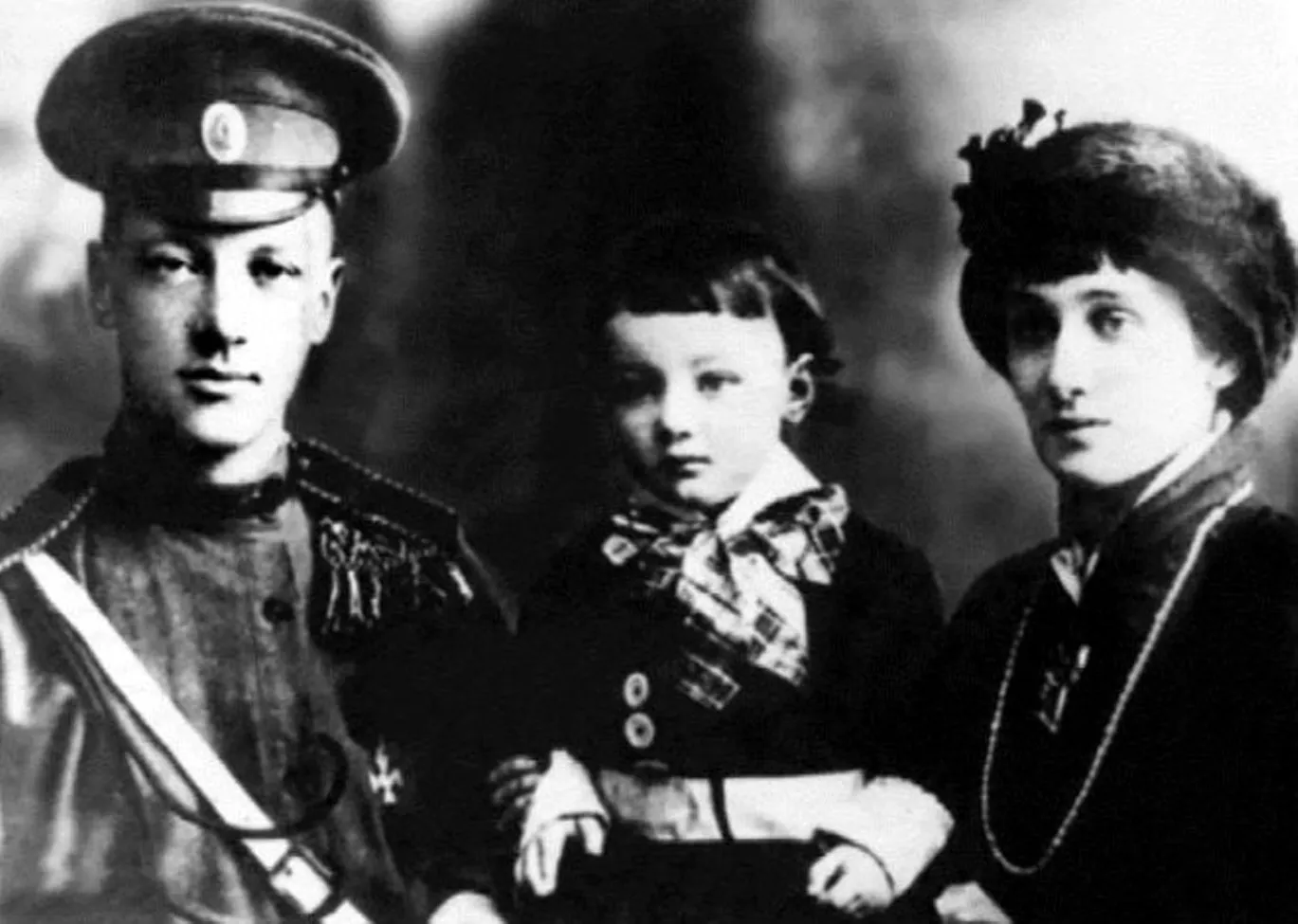 The marriage of Akhmatova and Gumilyov broke up in August 1918. The poetess married Vladimir Shileiko, an orientalist and poet, a specialist in ancient Egypt. In 1921, Gumilyov was arrested and then shot - the poet was accused of involvement in a counter-revolutionary conspiracy. Akhmatova wrote in her diary: “ Blok , Gumilyov, Khlebnikov died almost simultaneously. Remizov, Tsvetaeva and Khodasevich went abroad, Chaliapin , Mikhail Chekhov and half of the ballet were also there .

The year of upheavals and losses became fruitful for Akhmatova's poetic work. In April 1921, a collection of poems "Plantain" was published, and in October - the book "Anno Domini MCMXXI" (translated from Latin - "In the summer of the Lord 1921"). 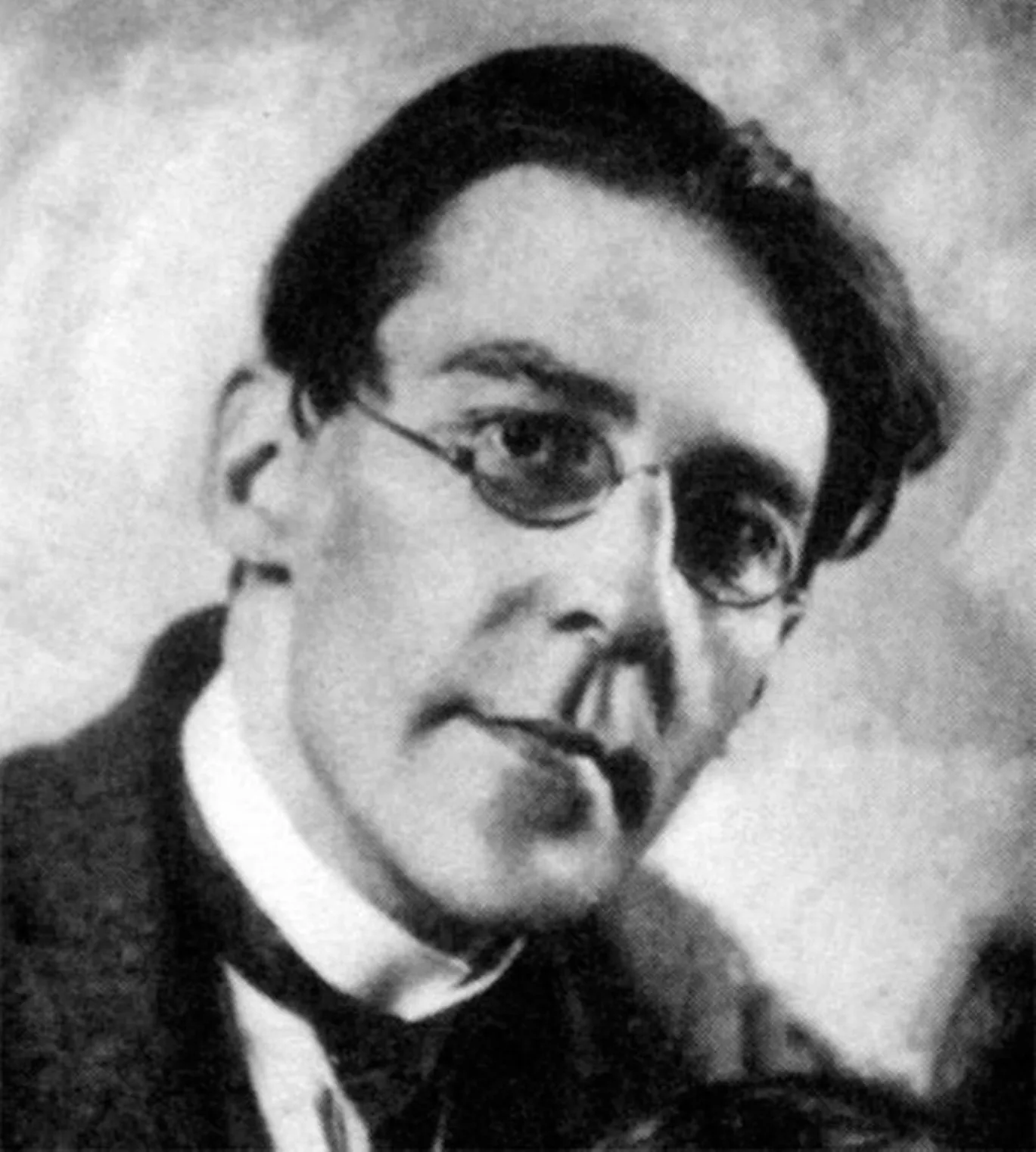 After her divorce from Shileiko, the poetess officially received the surname Akhmatova for the first time - earlier her husband's surnames were listed in her documents. In 1922, Akhmatova became the wife of art historian Nikolai Punin, but their marriage was not registered.

Since the mid-20s, Akhmatova's new poems have ceased to be printed, and the old ones have not been republished. At that time, the poetess began to get involved in the architecture of old St. Petersburg and the work of Pushkin . 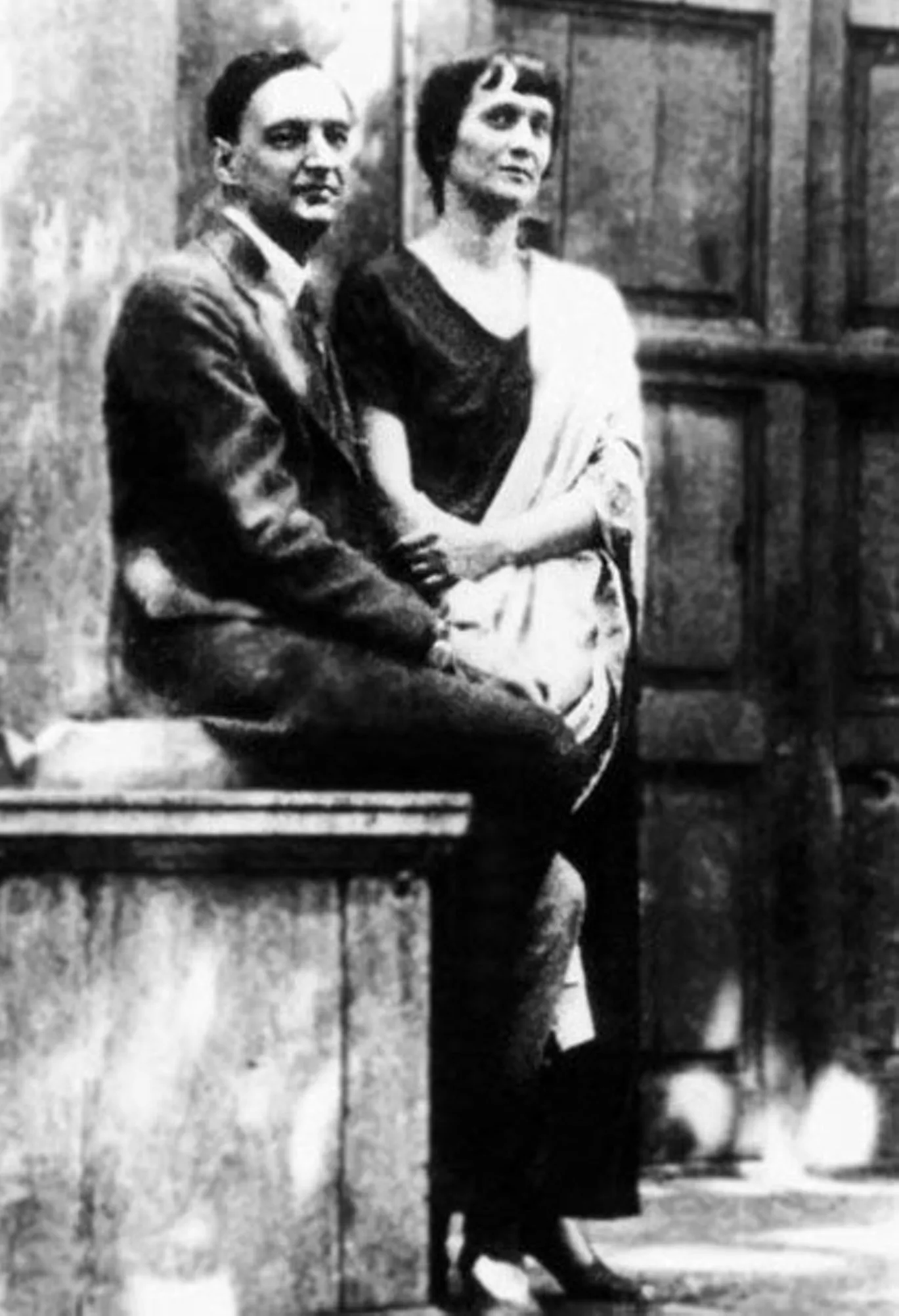 As Akhmatova wrote, "no generation has ever had such a fate . " In the 1930s, Nikolai Punin was arrested, and Lev Gumilyov was arrested twice. In 1938 he was sentenced to five years in labor camps. About the feelings of the wives and mothers of the "enemies of the people" - the victims of the repressions of the 1930s - Akhmatova later wrote one of her famous works - the autobiographical poem "Requiem" .

In 1939, the poetess was admitted to the Union of Soviet Writers. Before the war, Akhmatova's sixth collection, "From Six Books," was published. “The Patriotic War of 1941 found me in Leningrad ,” the poetess wrote in her memoirs. Akhmatova was evacuated first to Moscow, then to Tashkent - there she performed in hospitals, read poetry to wounded soldiers and "eagerly caught news about Leningrad, about the front." The poetess was able to return to the Northern capital only in 1944.

“A terrible ghost pretending to be my city struck me so much that I described this meeting with him in prose ... Prose always seemed to me both a mystery and a temptation. I knew everything about poetry from the very beginning - I never knew anything about prose. Anna Akhmatova

In 1946, a special Resolution of the Organizing Bureau of the Central Committee of the All-Union Communist Party of Bolsheviks “On the magazines Zvezda” and “Leningrad” was issued for “providing a literary platform” for “unprincipled, ideologically harmful works.” It concerned two Soviet writers - Anna Akhmatova and Mikhail Zoshchenko . They were both expelled from the Writers' Union.

“Zoshchenko portrays the Soviet order and the Soviet people in an ugly caricature form, slanderously representing the Soviet people as primitive, uncultured, stupid, with philistine tastes and mores. Zoshchenko's maliciously hooligan portrayal of our reality is accompanied by anti-Soviet attacks. <...> Akhmatova is a typical representative of empty, unprincipled poetry, alien to our people. Her poems, imbued with the spirit of pessimism and decadence, expressing the tastes of the old salon poetry, frozen in the positions of bourgeois-aristocratic aestheticism and decadence, “art for art’s sake”, which does not want to keep pace with its people, harm the cause of educating our youth and cannot be tolerated. in Soviet literature. An excerpt from the Decree of the Organizing Bureau of the Central Committee of the All-Union Communist Party of Bolsheviks “On the magazines Zvezda and Leningrad” 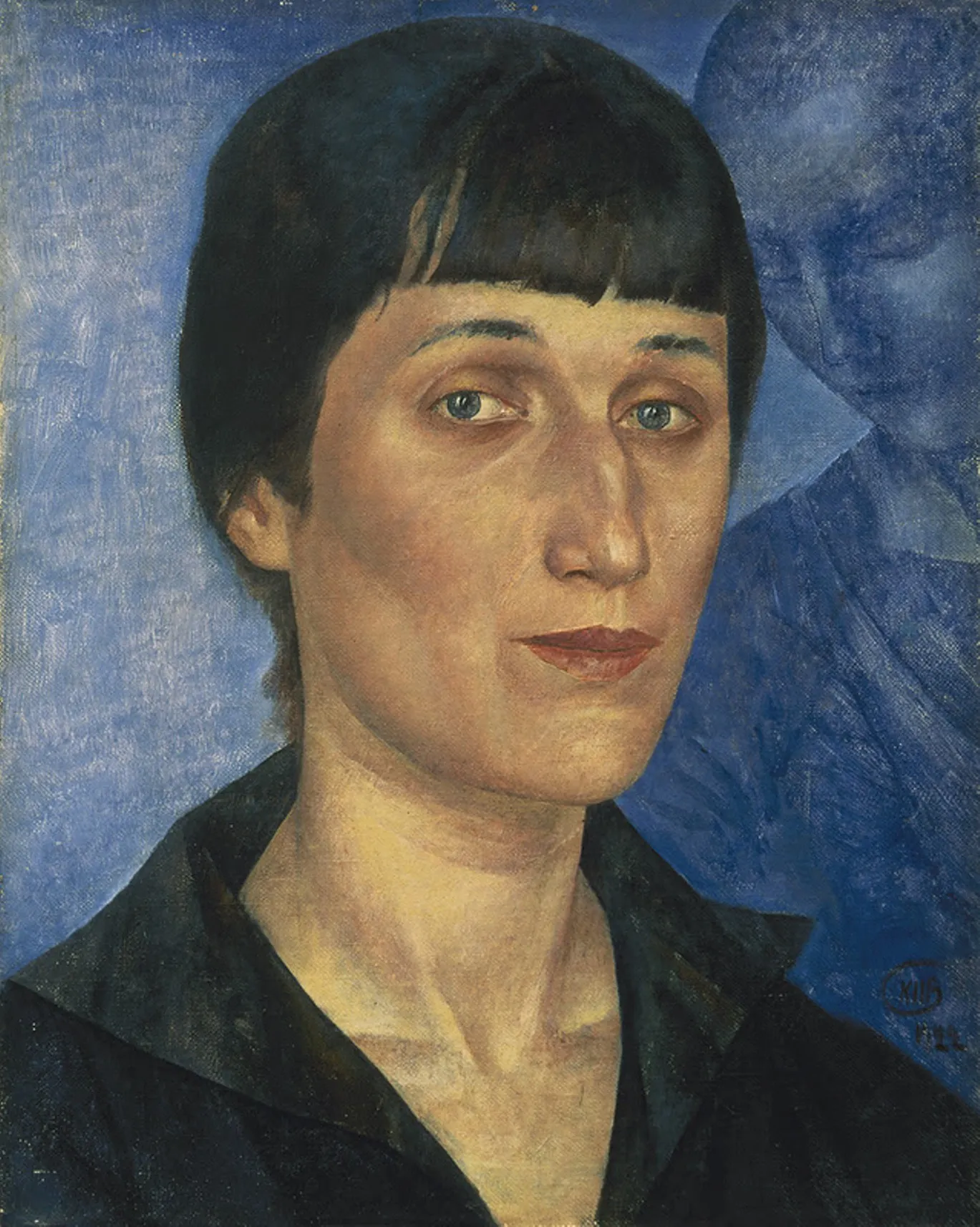 Lev Gumilyov, who, after serving his sentence as a volunteer, went to the front and reached Berlin, was again arrested and sentenced to ten years in labor camps. All his years of imprisonment, Akhmatova tried to achieve the release of her son, but Lev Gumilyov was released only in 1956.

In 1951, the poetess was reinstated in the Writers' Union. Having never had her own home, in 1955 Akhmatova received a country house in the village of Komarovo from the Literary Fund.

“I never stopped writing poetry. For me, they are my connection with the time, with the new life of my people. When I wrote them, I lived by those rhythms that sounded in the heroic history of my country. I am happy that I lived in these years and saw events that had no equal. Anna Akhmatova 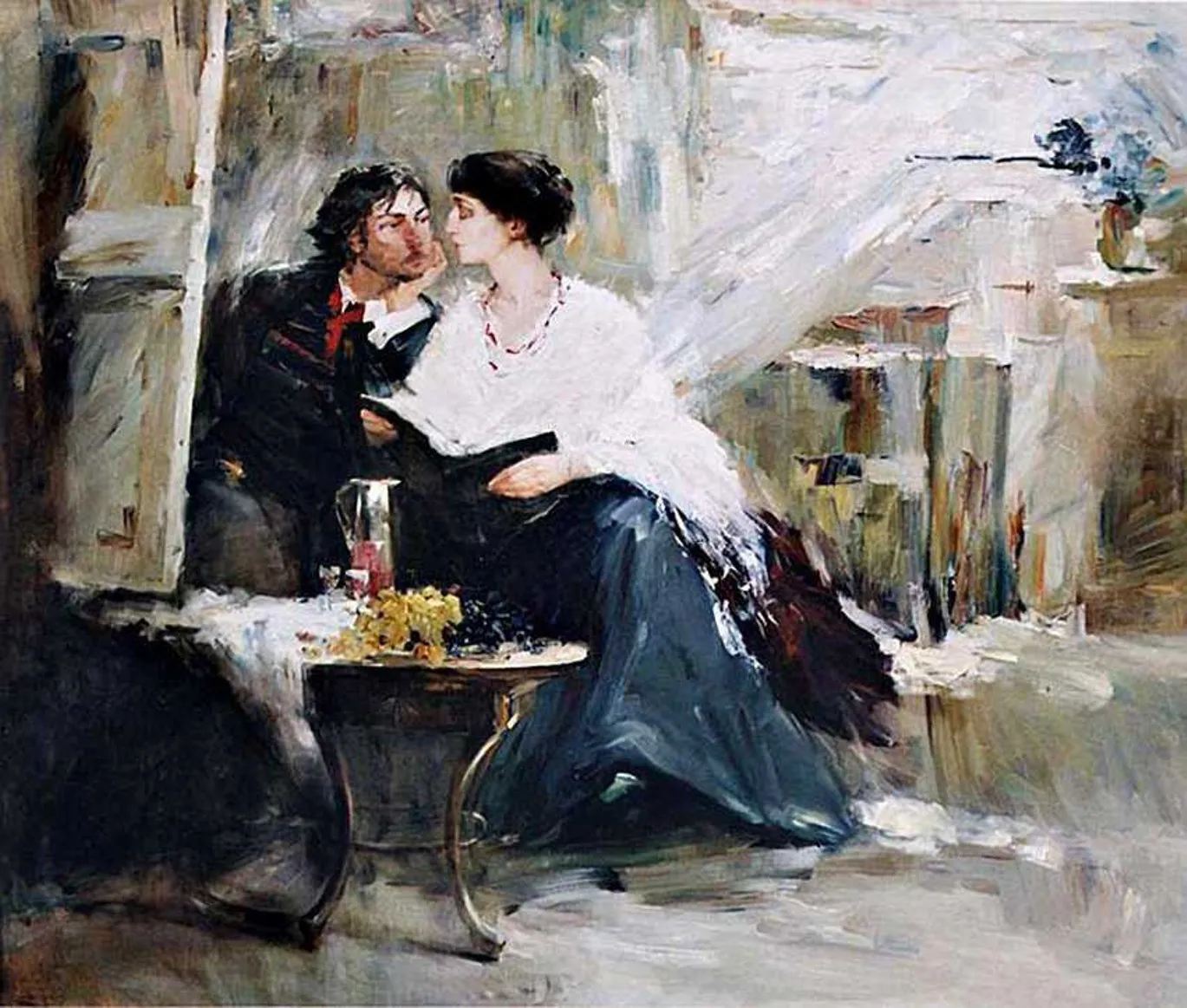 In the 1960s, Akhmatova's work was widely recognized - the poetess became a nominee for the Nobel Prize , received the Etna-Taormina literary prize in Italy. Oxford University awarded Akhmatova an honorary doctorate in literature. In May 1964, an evening dedicated to the 75th anniversary of the poetess was held at the Mayakovsky Museum in Moscow. The following year, the last lifetime collection of poems and poems, The Run of Time, was published. 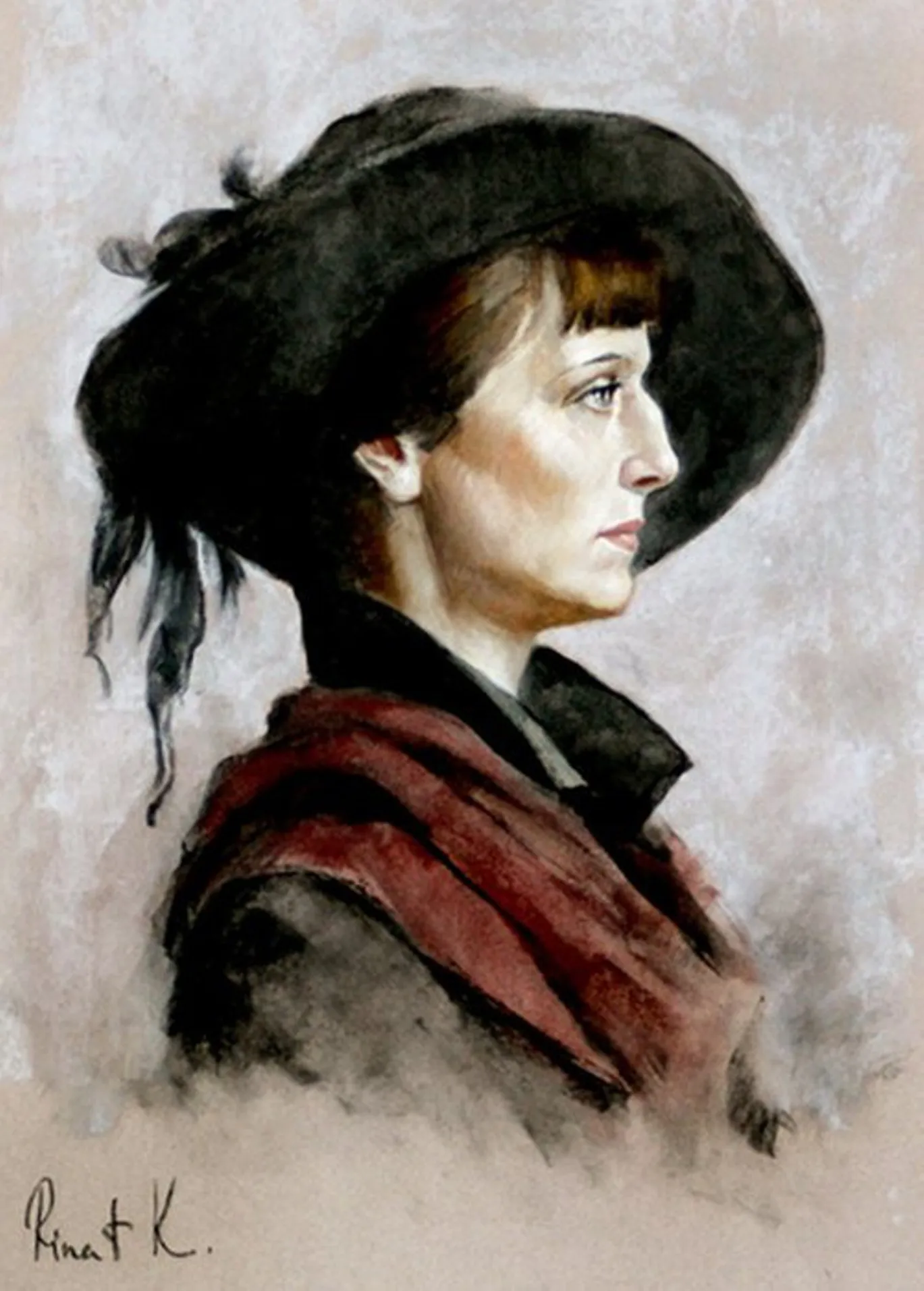 The illness forced Anna Akhmatova in February 1966 to move to a cardiological sanatorium near Moscow. She passed away in March. The poetess was buried at the Nikolsky Naval Cathedral in Leningrad and buried at the Komarovsky cemetery.

“Not only did the unique voice, which until the last days brought the secret power of harmony into the world, fall silent, the unique Russian culture, which existed from the first songs of Pushkin to the last songs of Akhmatova, completed its cycle with it.” Slavic professor Nikita Struve

Anna Akhmatova was born in Odessa.