Ivan Turgenev was one of the most important Russian writers of the 19th century. The artistic system he created changed the poetics of the novel both in Russia and abroad. His works were praised and severely criticized, and Turgenev spent his whole life looking for a path in them that would lead Russia to well-being and prosperity.
"Poet, talent, aristocrat, handsome"

The family of Ivan Turgenev came from an old family of Tula nobles. His father, Sergei Turgenev, served in the cavalry guard regiment and led a very wasteful lifestyle. To improve his financial situation, he was forced to marry an elderly (by the standards of that time), but very wealthy landowner Varvara Lutovinova. The marriage became unhappy for both of them, their relationship did not work out. Their second son, Ivan, was born two years after the wedding, in 1818, in Orel. The mother wrote in her diary: "... on Monday, the son Ivan was born, 12 inches tall [about 53 centimeters]" . There were three children in the Turgenev family: Nikolai, Ivan and Sergey. 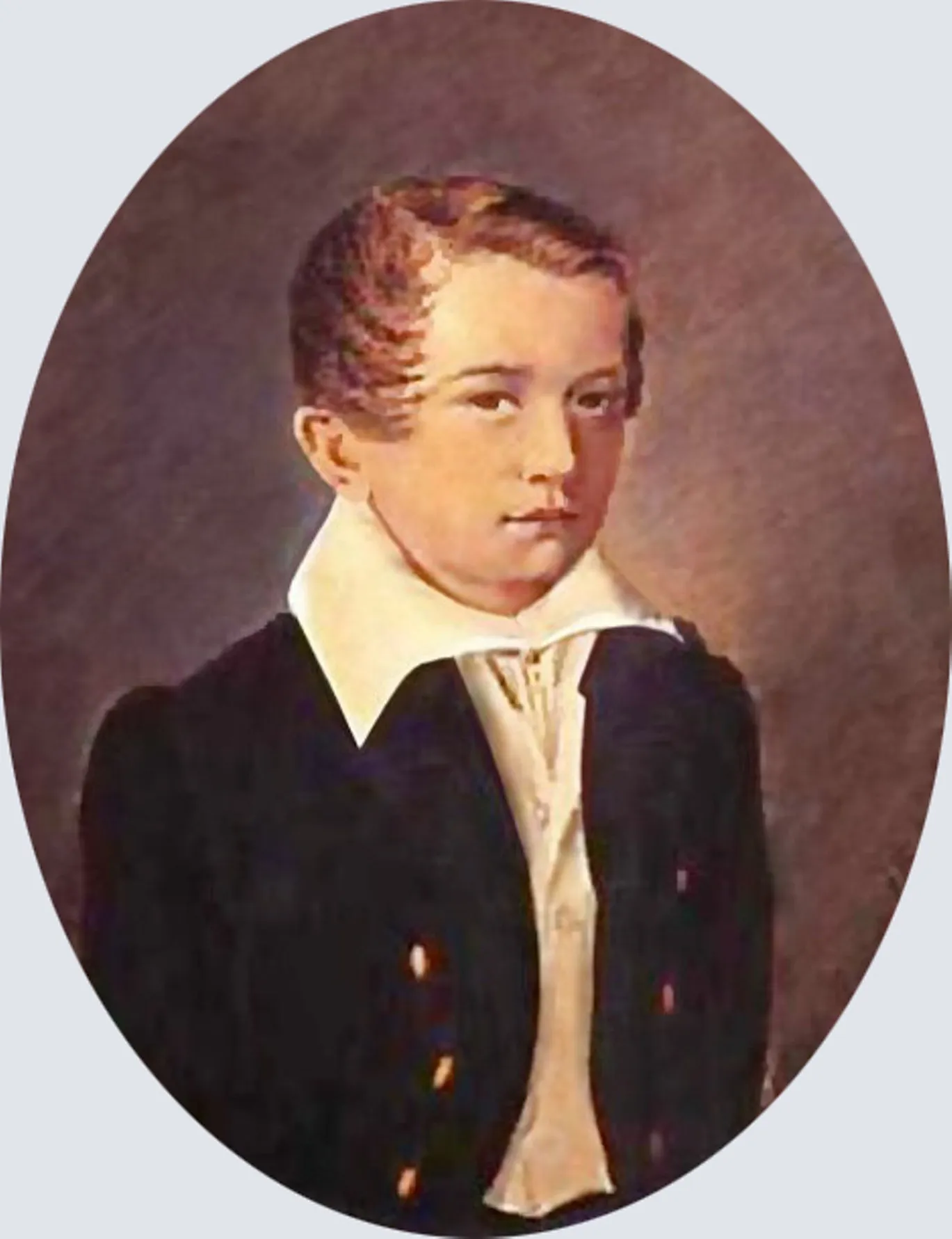 Until the age of nine, Turgenev lived in the Spasskoe-Lutovinovo estate in the Oryol region. His mother had a difficult and controversial character: her sincere and cordial concern for children was combined with severe despotism, Varvara Turgeneva often beat her sons. However, she invited the best French and German tutors to the children, spoke exclusively in French with her sons, but at the same time remained a fan of Russian literature and read Nikolai Karamzin , Vasily Zhukovsky , Alexander Pushkin and Nikolai Gogol . 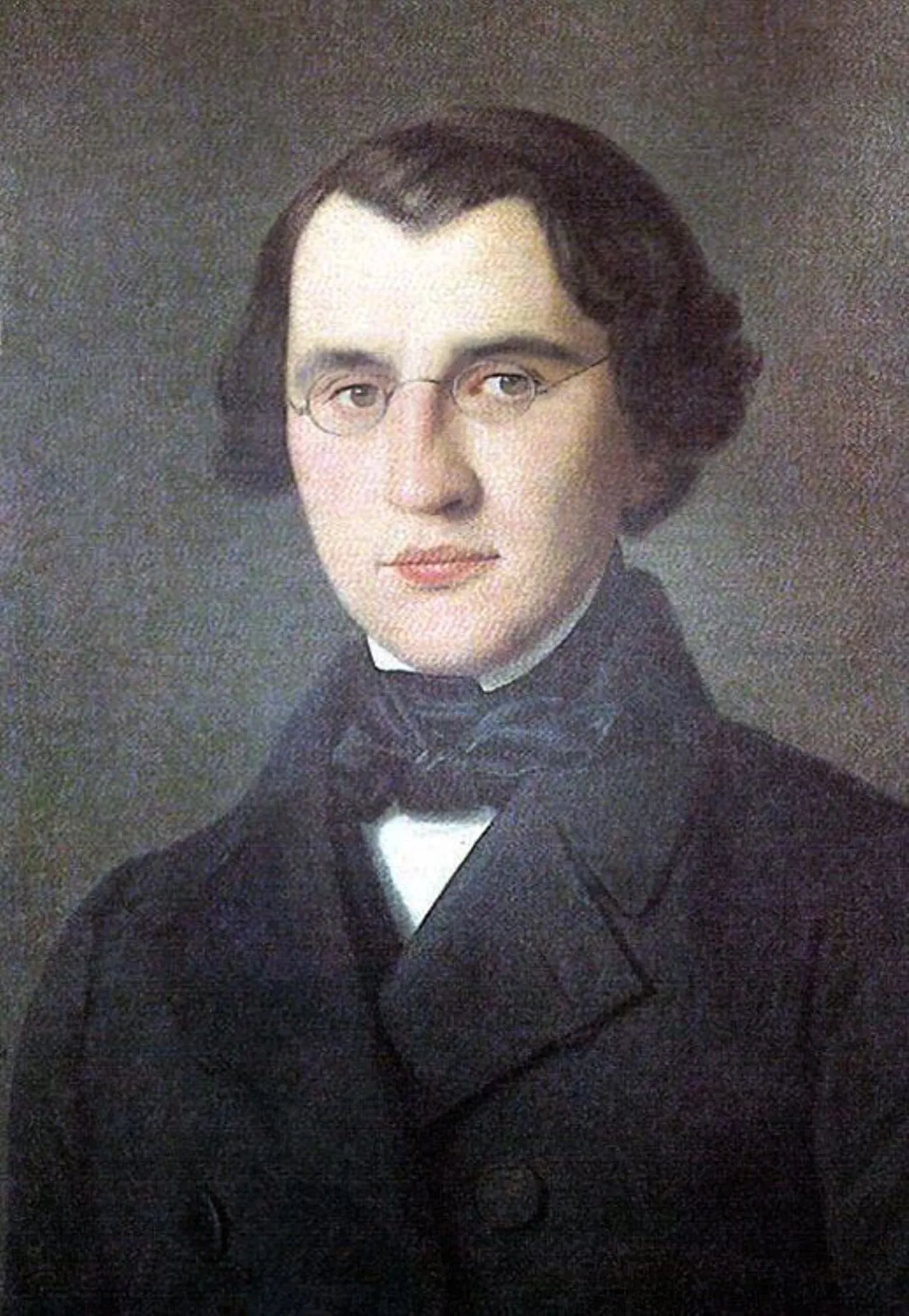 In 1827 the Turgenevs moved to Moscow so that their children could receive a better education. Three years later, Sergei Turgenev left the family.

When Ivan Turgenev was 15 years old, he entered the verbal department of Moscow University . At the same time, the future writer fell in love with Princess Ekaterina Shakhovskaya for the first time. Shakhovskaya exchanged letters with him, but reciprocated Turgenev's father and thus broke his heart. Later, this story became the basis of Turgenev's story "First Love". 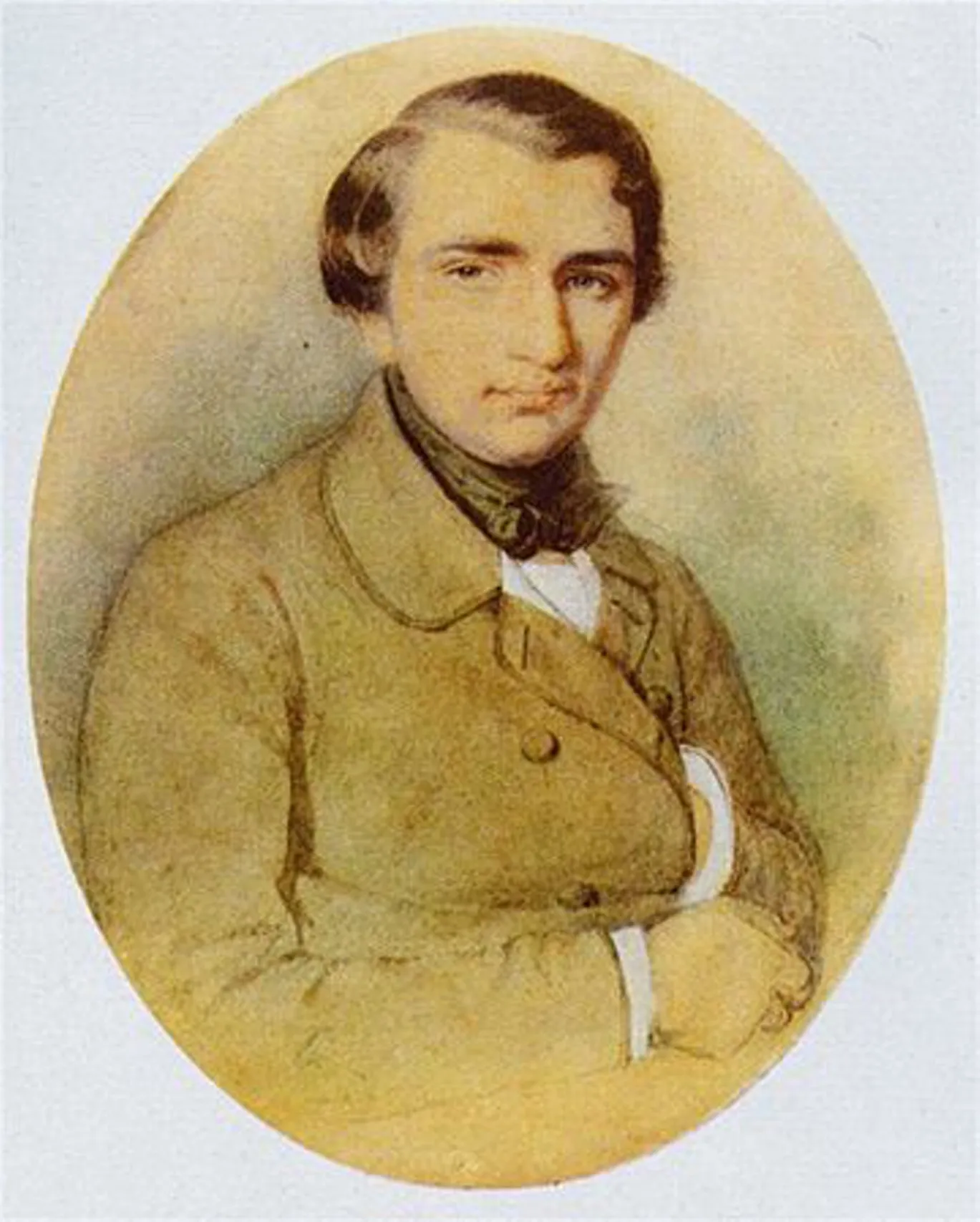 A year later, Sergei Turgenev died, and Varvara and her children moved to St. Petersburg, where Turgenev entered the Faculty of Philosophy at St. Petersburg University. Then he became seriously interested in lyrics and wrote the first work - the dramatic poem "The Wall". Turgenev spoke of her like this: "A completely absurd work, in which, with furious ineptness, a slavish imitation of Byron's Manfred was expressed . " In total, during the years of study, Turgenev wrote about a hundred poems and several poems. Some of his poems were published by the Sovremennik magazine .

After his studies, 20-year-old Turgenev went to Europe to continue his education. He studied ancient classics, Roman and Greek literature, traveled to France, Holland, Italy. The European way of life struck Turgenev: he came to the conclusion that Russia should get rid of unculturedness, laziness, ignorance, following the Western countries.

In the 1840s, Turgenev returned to his homeland, received a master's degree in Greek and Latin philology at St. Petersburg University, even wrote a dissertation - but did not defend it. Interest in scientific activity replaced the desire to write. It was at this time that Turgenev met Nikolai Gogol, Sergei Aksakov, Alexei Khomyakov, Fyodor Dostoevsky , Afanasy Fet and many other writers.

“The other day the poet Turgenev returned from Paris. <…> What a man! <...> Poet, talent, aristocrat, handsome, rich, smart, educated, 25 years old - I don’t know what nature denied him? Fyodor Dostoevsky, from a letter to his brother

When Turgenev returned to Spasskoe-Lutovinovo, he had an affair with a peasant woman, Avdotya Ivanova, which ended in the girl's pregnancy. Turgenev wanted to marry, but his mother sent Avdotya to Moscow with a scandal, where she gave birth to a daughter, Pelageya. Avdotya Ivanova's parents hastily married her off, and Turgenev recognized Pelageya only a few years later.

In 1843, under the initials of T. L. (Turgenev-Lutovinov), Turgenev's poem "Parash" was published. Vissarion Belinsky highly appreciated her , and from that moment their acquaintance grew into a strong friendship - Turgenev even became the godfather of the critic's son.

“This man is extraordinarily intelligent… It is gratifying to meet a man whose original and characteristic opinion, colliding with yours, extracts sparks.” Vissarion Belinsky

In the same year, Turgenev met Pauline Viardot. Researchers of Turgenev's work are still arguing about the true nature of their relationship. They met in St. Petersburg when the singer arrived in the city on tour. Turgenev often traveled with Polina and her husband, art critic Louis Viardot, around Europe, visiting their Parisian house. His illegitimate daughter Pelageya was brought up in the Viardot family.

In the late 1840s, Turgenev wrote extensively for the theatre. His plays The Freeloader, The Bachelor, A Month in the Country and The Provincial Girl were very popular with the public and were warmly received by critics.

In 1847, the Sovremennik magazine published Turgenev's story "Khor and Kalinich", created under the impression of the writer's hunting trips. A little later, stories from the collection "Notes of a Hunter" were published there . The collection itself was published in 1852. Turgenev called it his "Annibal Oath" - a promise to fight to the end with the enemy, whom he hated since childhood - serfdom.

The Hunter's Notes is marked by such a power of talent that it has a beneficial effect on me; the understanding of nature is often presented to you as a revelation.” Fedor Tyutchev

It was one of the first works that spoke openly about the troubles and dangers of serfdom. The censor, who allowed the "Notes of a Hunter" to be published, was dismissed from the service by personal order of Nicholas I with deprivation of his pension, and the collection itself was forbidden to be republished. The censors explained this by the fact that Turgenev, although he poeticized the serfs, criminally exaggerated their suffering from the landowners' oppression.

In 1856, the writer's first major novel, Rudin, was published, written in just seven weeks. The name of the hero of the novel has become a household name for people whose word does not agree with the deed. Three years later, Turgenev published the novel The Nest of Nobles , which turned out to be incredibly popular in Russia: every educated person considered it his duty to read it.

“Knowledge of Russian life, and moreover, knowledge is not bookish, but experienced, taken out of reality, purified and comprehended by the power of talent and reflection, appears in all the works of Turgenev ...” Dmitry Pisarev

From 1860 to 1861, excerpts from the novel Fathers and Sons were published in Russkiy Vestnik . The novel was written on the "topic of the day" and explored the public mood of that time - mainly the views of nihilistic youth. The Russian philosopher and publicist Nikolai Strakhov wrote about him: “In Fathers and Sons, he showed more clearly than in all other cases that poetry, while remaining poetry ... can actively serve society ...”

The novel was well received by critics, however, did not receive the support of liberals. At this time, Turgenev's relations with many friends became complicated. For example, with Alexander Herzen : Turgenev collaborated with his Kolokol newspaper. Herzen saw the future of Russia in peasant socialism, believing that bourgeois Europe had outlived itself, and Turgenev defended the idea of ​​strengthening cultural ties between Russia and the West.

Sharp criticism fell upon Turgenev after the release of his novel "Smoke". It was a pamphlet novel that equally sharply ridiculed both the conservative Russian aristocracy and the revolutionary-minded liberals. According to the author, everyone scolded him: "both red and white, and from above, and from below, and from the side - especially from the side."

From "Smoke" to "Prose Poems" 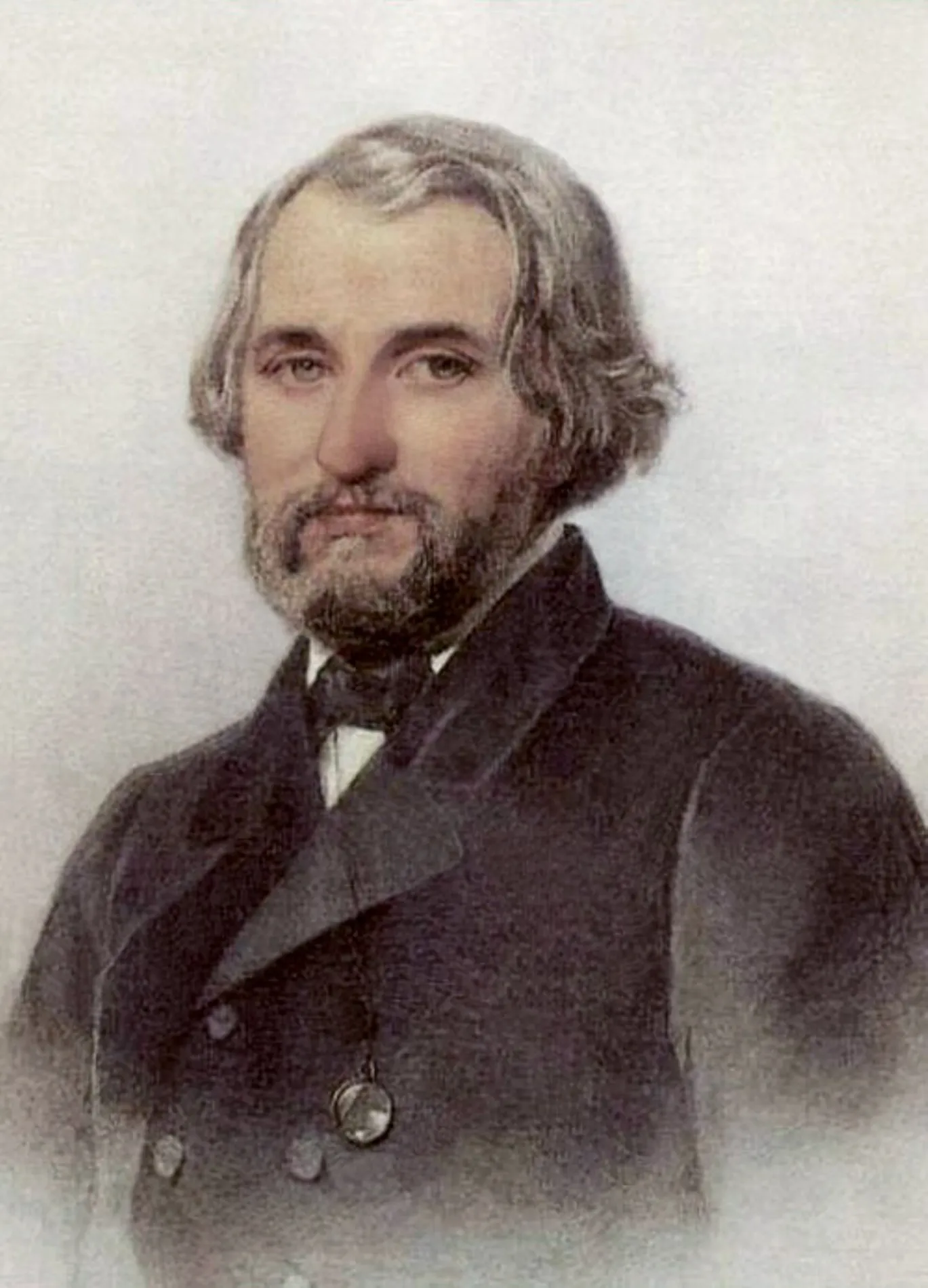 In the second half of the 1870s, Turgenev published his most ambitious novel, Nov, in which he portrayed members of the revolutionary movement of the 1870s in a sharply satirical and critical manner.

"Both novels [Dym and Nov] only revealed his ever-increasing alienation from Russia, the first with its impotent bitterness, the second with its lack of information and lack of any sense of reality in the depiction of the mighty movement of the seventies." Dmitry Svyatopolk-Mirsky 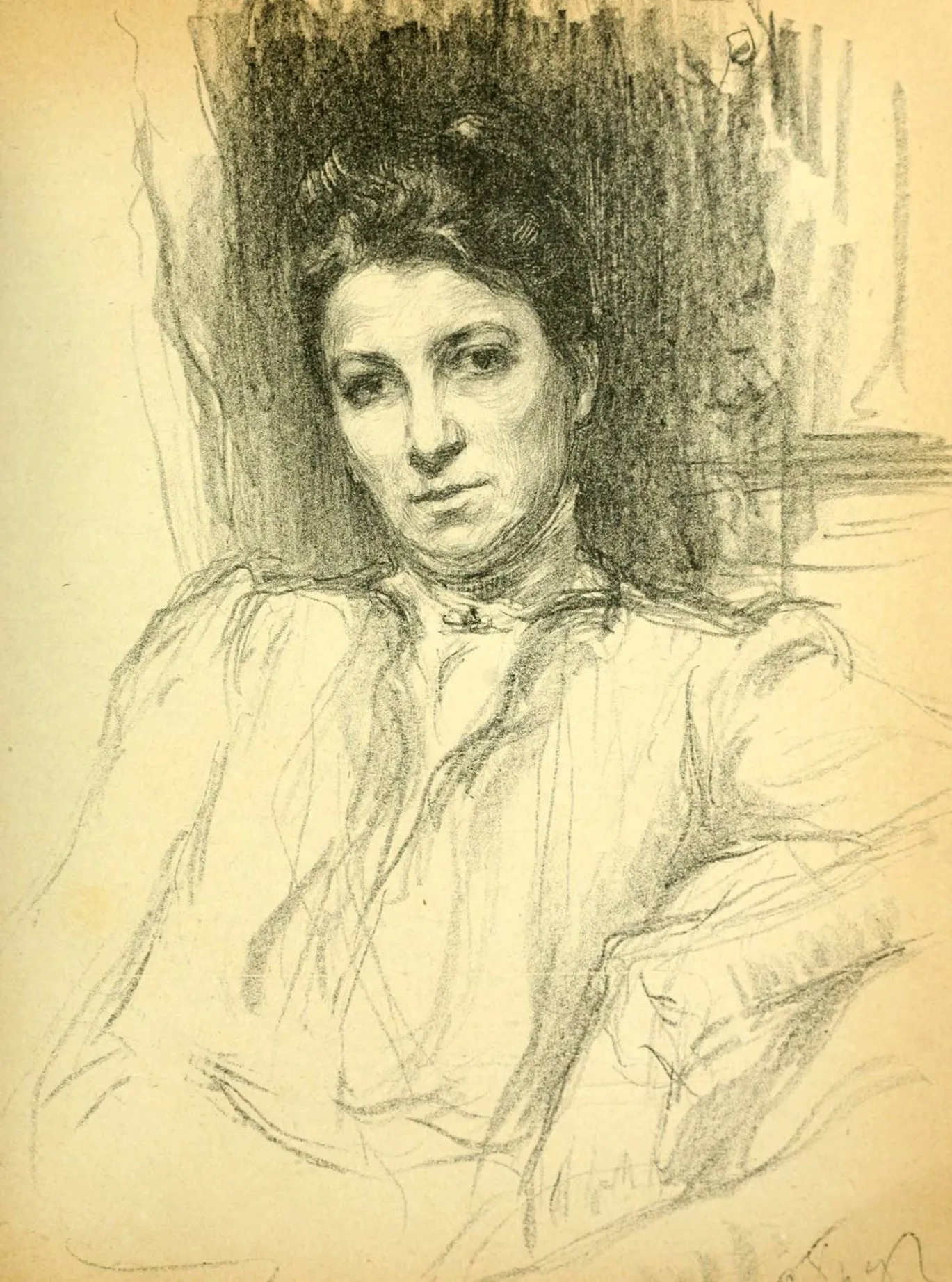 This novel, like "Smoke", was not accepted by Turgenev's colleagues. For example, Mikhail Saltykov-Shchedrin wrote that Nov was a service to the autocracy. At the same time, the popularity of Turgenev's early stories and novels did not decrease.

The last years of the writer's life became his triumph both in Russia and abroad. Then a cycle of lyrical miniatures "Poems in Prose" appeared . The book opened with a poem in prose "The Village" , and completed it with "Russian language" - the famous hymn about faith in the great destiny of their country: "In days of doubt, in days of painful reflections about the fate of my homeland, you are my only support and support, oh great , the mighty, truthful and free Russian language!.. Without you, how not to fall into despair at the sight of everything that happens at home. But it is impossible to believe that such a language was not given to a great people!” This collection became Turgenev's farewell to life and art. 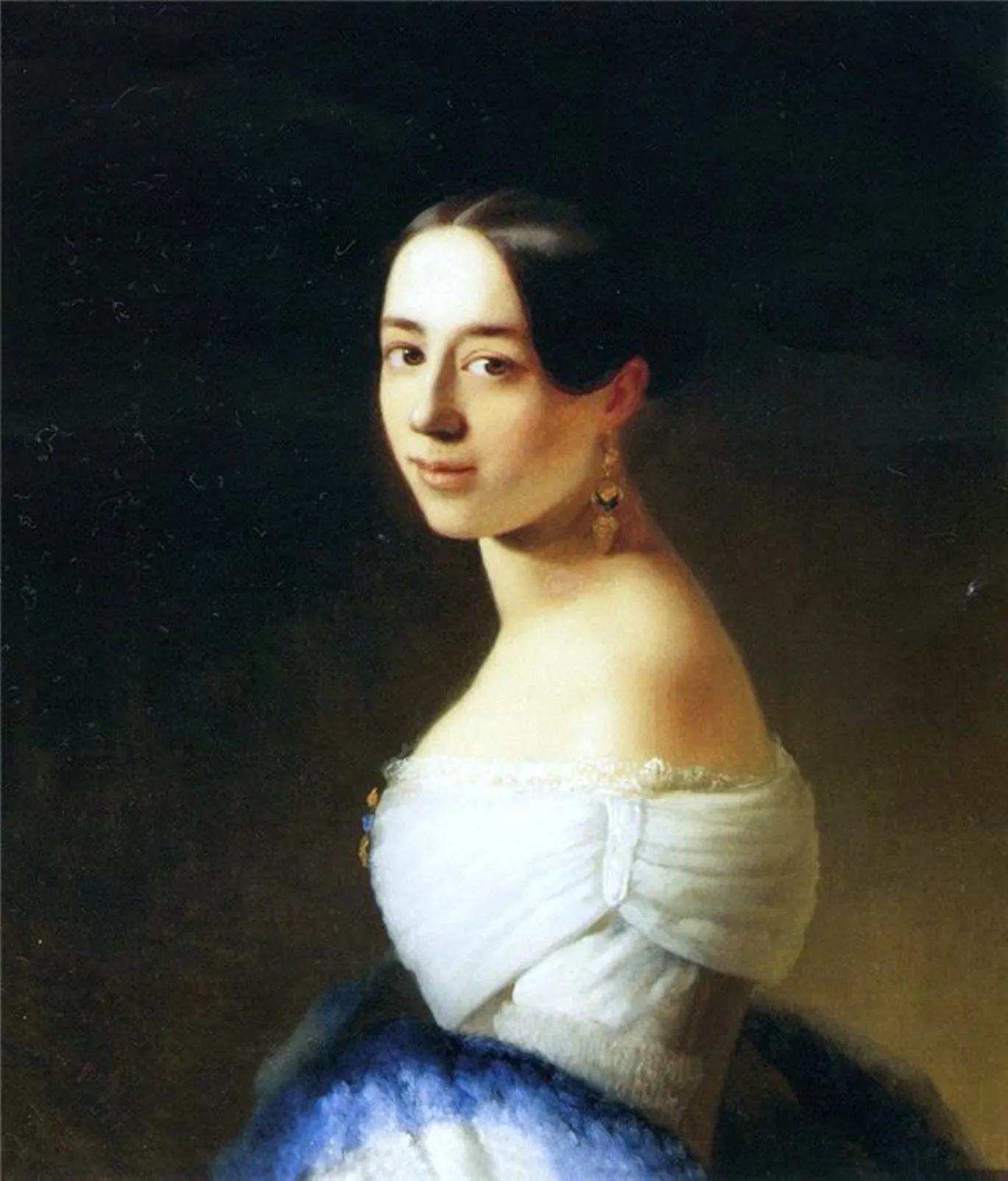 At the same time, Turgenev met his last love - the actress of the Alexandrinsky Theater Maria Savina. She was 25 years old when she played the role of Verochka in Turgenev's play A Month in the Country. Seeing her on stage, Turgenev was amazed and openly confessed his feelings to the girl. Maria considered Turgenev more of a friend and mentor, and their marriage never took place.

In recent years, Turgenev was seriously ill. Parisian doctors diagnosed him with angina pectoris and intercostal neuralgia. Turgenev died on September 3, 1883 in Bougival near Paris, where lavish farewells were held. The writer was buried in St. Petersburg at the Volkovskoye cemetery. The death of the writer was a shock to his fans - and the procession of people who came to say goodbye to Turgenev stretched for several kilometers.

Ivan Turgenev was born in Orël.

Russian
Author of
‌
Rudin
‌
On the Eve
‌
Fathers and Sons(poem)