Wave power is the transport of energy by wind waves and capturing that energy to do useful work. It is also known as wave energy.

Wave power is a subset of the renewable energy category, marine energy. Wave power, also known as wave energy, is specifically capturing the kinetic energy created by waves in oceans.

How wave power is created

Waves are created by wind blowing over water; the greater the speed and distance of the wind, the greater the wave energy that is created. Wave power is typically harnessed where large and long gusts of wind are constant in the ocean, mostly in the European region of the Atlantic Ocean at this time. It is noted that wave power decreases near coastlines, so wave power is harvested as far from the coast as possible while still having access to the technology capturing the energy.

The European Marine Energy Centre has identified eight common types of technology used to capture and convert the kinetic energy of waves. A ninth category has been created to identify new or obscure technology that is not yet common use in the industry.

In 2019, 1.2 TWh of energy were produced by wave power. This was an increase of 13%; however, it is only a fraction of the potential energy available to harvest. Below is a chart created by IEA tracking the progress of wave energy in KWh (light blue) in comparison to the amount of wave energy that needs to be harvested in the future in order to be aligned with Sustainable Development Scenarios. 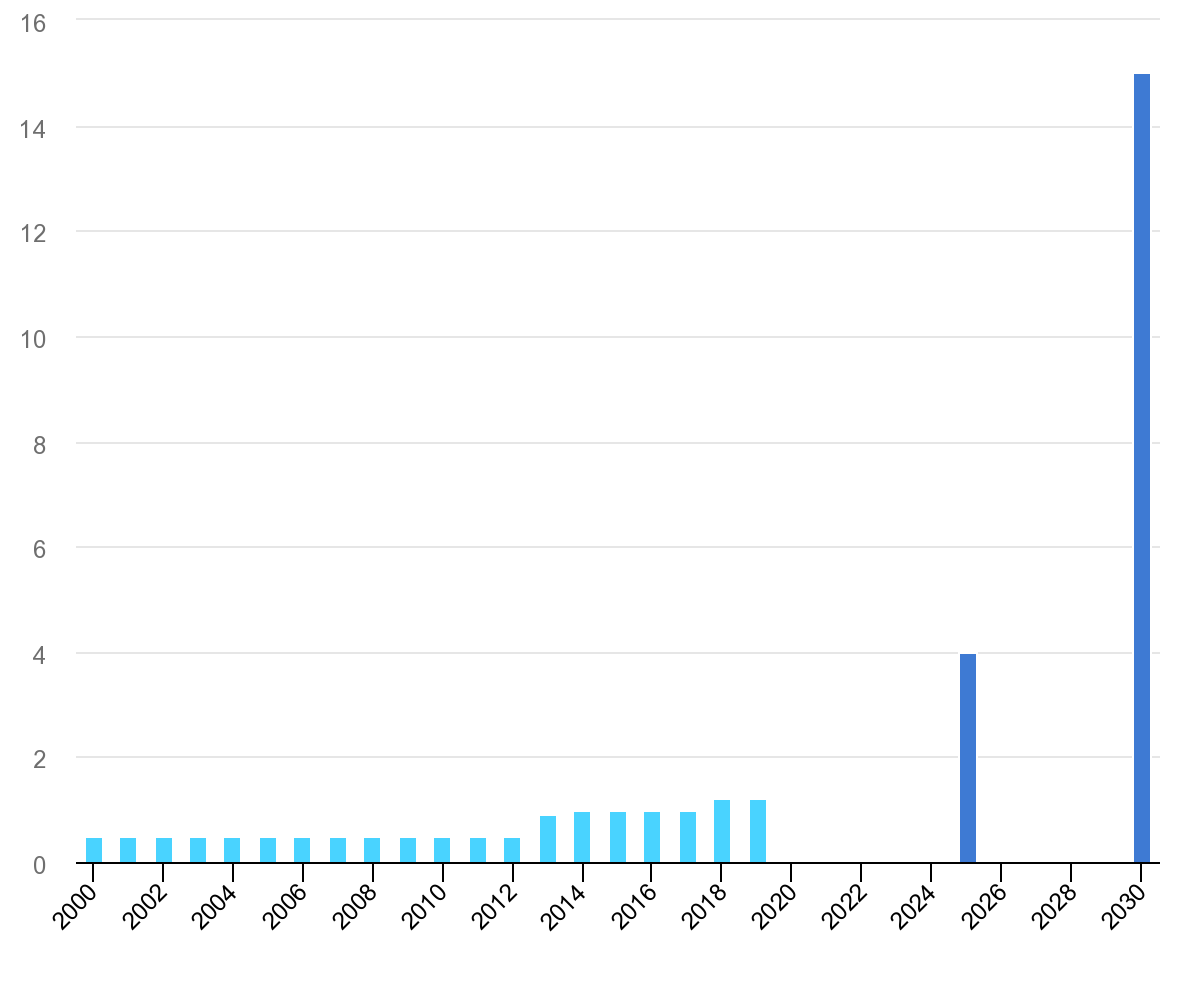 Wave power is a growing industry, and many companies are researching or manufacturing wave power products.