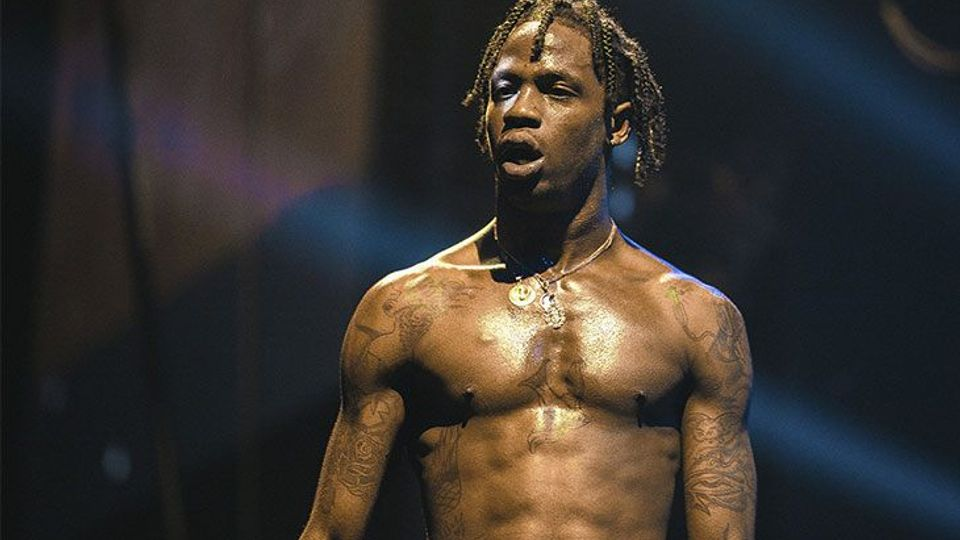 The future extraordinary rap artist was born on April 30, 1992 in Houston, Texas, and grew up in his suburb of Missouri City. Due to the busyness of the parents, the boy's upbringing until the age of seven was carried out by his grandmother Seeley. His dad, Jacques, ran his own business, and his mom, Wanda, was a clerk at an AT&T mobile phone store.

Around 2005, Wanda became the sole breadwinner in their family, where, in addition to Travis, a younger sister and two brothers (younger Joshua and autistic older Marcus) were growing up. The head of the family decided to leave work in order to devote himself entirely to music. He played drums and was not the only musician in their family: my grandmother's husband was known as a virtuoso jazz performer, and Uncle Travis played the bass guitar. It was he who inspired the future rapper to take such a pseudonym, at least its first part.

The creatively gifted Jacques Jr. attended the prestigious Elkins High School, participated in theatrical productions, and in high school became interested in rap. In 2008, he posted his first EP on Myspace, created with a friend. Then, together with classmate Jason Eric, known under the pseudonym OG Che$$, he organized a group, rapped, and produced joint projects.

After graduating from school in 2009, the young man became a student at the University of Texas at San Antonio, though not for long. In his second year of study, he realized that he liked writing music and coming up with interesting lyrics more than mastering the secrets of "international business" (as the specialization he had chosen was called). As a result, he dropped out of school, despite the fact that his parents, trying to force his son to continue his education, deprived him of financial support. 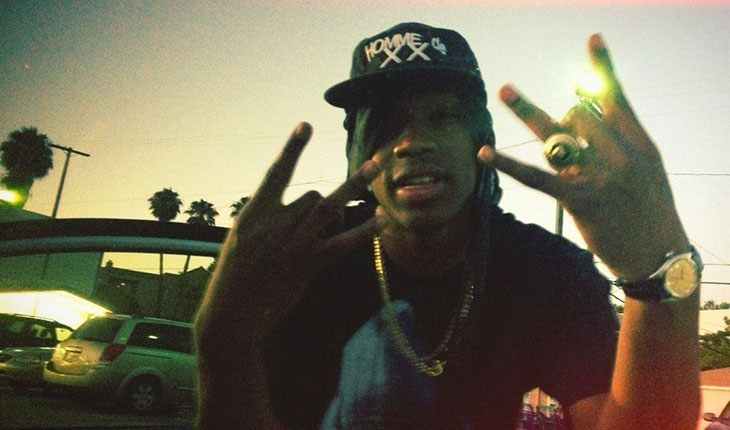 Dropping out of college, Webster made attempts to get into the music industry. He went to New York, stayed with a friend and worked on his songs, but he did not manage to achieve an instant breakthrough and victories. Then he moved to Los Angeles, got the email address of sound engineer Anthony Kilhoffer, who worked with rapper Kanye West, and sent him his tracks for review. Then West himself, the head of the GOOD Music label, considered that the work of the rookie rapper deserves attention, and invited him to participate in the recording of the Cruel Summer compilation. 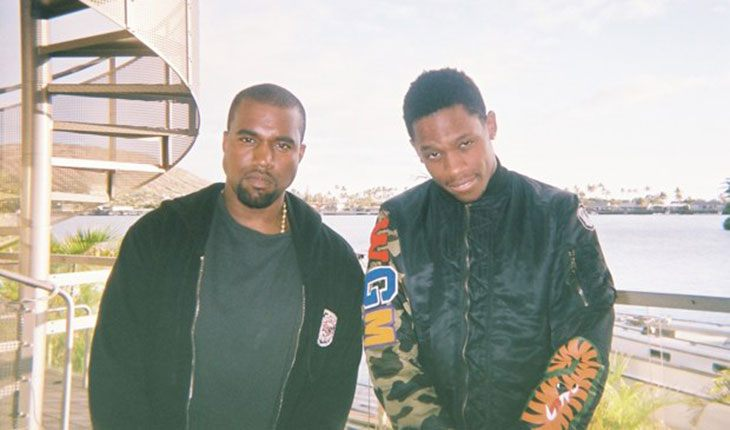 At the same time, Travis was approached by Grand Hustle owner, rapper and actor T.I. (Clifford Joseph Harris, Jr.), appreciating his composition "Lights (Love Sick)". When the young man came to his studio, T.I. performed a freestyle on the track of his new colleague "Animal", signed the young man as a solo artist on Epic Records, a subsidiary label of his company. Soon Scott also got a contract with Kanye's record company. In 2013, the talented Houstonian took part in the recording of West's Yeezus and Jay-Z's Magna Carta...Holy Grail albums, and also released his debut mixtape Owl Pharaoh, the release of which was postponed several times. As part of the promotion, Travis presented the song "Blocka La Flame" and the music video for the song "Quintana". In the same year, XXL magazine, dedicated to hip-hop culture, included his name in their list of freshers deserving special attention.

In 2014, the musician performed at the South by Southwest festival in Austin. He then released his second mixtape Days Before Rodeo, promoting it with the singles Don't Play and Mamacita, and embarked on a US tour in support of the forthcoming album. During it, he visited more than two dozen cities with concerts, including his native Houston, Chicago, New York, Los Angeles, San Diego, Seattle, impressing the audience with his extremely eccentric manner of performance. Many well-known colleagues in the workshop took part in the rapper's performances - Kanye West, Chris, Wale, Baby, etc.

In 2015, the rap artist released his debut studio CD, Rodeo, which peaked at number three on the Billboard 200 pop chart and number one on the Top Rap Albums. Along with solo tracks, the author included collaborations with a number of world-famous rappers - with Canadian stars Weeknd, Justin Bieber, with compatriot singers Quavo, Young Thug, Future, Chief Keef. The composition Antidote from this disc hit the top 20 of the Billboard Hot 100 chart, and later became four times platinum. 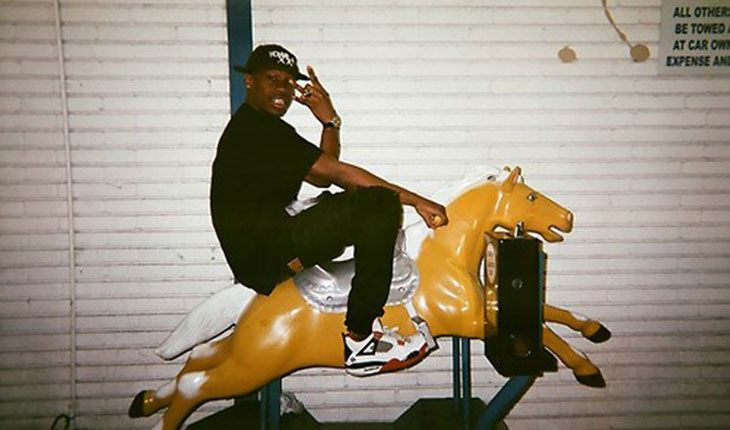 The musician's second album Birds in the Trap Sing McKnight, released in September, took a leading position in the Billboard 200. The project features a social theme - drugs, indifference, as well as lyrical and emotional motives. According to the author, he tried to show that he is not only madly in love with rap, but also tries to make it perfect. In January of the following year, Travis Scott announced the release of his own clothing line, created in collaboration with the fashion brand Helmut Lang. In March, in partnership with Lil Uzi Vert and Quavo, the rapper released a video for the song "Go Off" and announced the start of a new concert tour in New Orleans, Louisiana, called "Birds Eye View" ("From a bird's eye view"), which ended in June in Eugene, Oregon. The European leg of this tour was launched in Paris at the end of the same month and completed in July in Turku, Finland.

He then joined the tour of Pulitzer Prize-winning Kendrick Lamar, who appeared in the video for "Goosebumps" from Travis' second album. In December, fans of rap music enthusiastically greeted his joint album with Quavo "Huncho Jack, Jack Huncho". He also participated in the project of the Canadian artist Drake "More Life". Their song "Portland" peaked at number ninth on the Billboard Hot 100.

The musician's latest record, Astroworld, released in 2018, earned particularly rave reviews from critics and fans, recognized as an exemplary record and a demonstration of his enormous achievements. Her concept is dedicated to a closed children's amusement park in the rap artist's hometown. 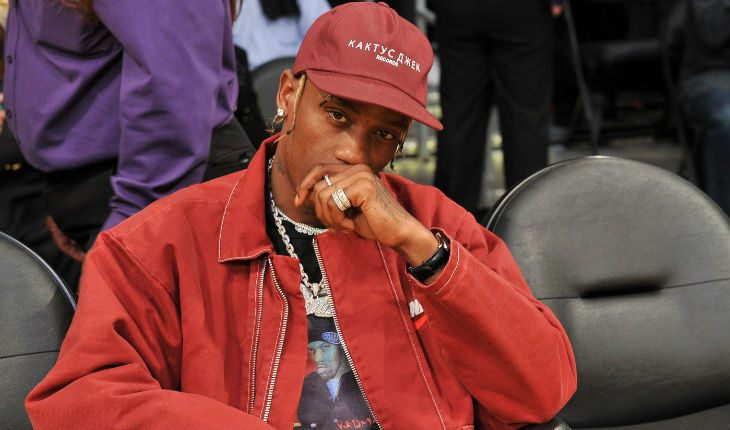 Travis Scott released several music videos in 2020, including "Antisocial" for a song with Ed Sheeran, "Wake up" and "Franchise" for a song with Young Thug and M.I.A. In addition, 2020 was a significant year for Travis thanks to the collaboration with McDonald's. The rapper and the global fast food chain have released a limited collection of The Cactus Jack Meal sets featuring a musician figure.

In 2017, the rapper began dating Kylie Jenner. The lovers appeared together at social events - at the Coachella festival, at a basketball game. They made a pair of butterfly tattoos in honor of the song "Butterfly". 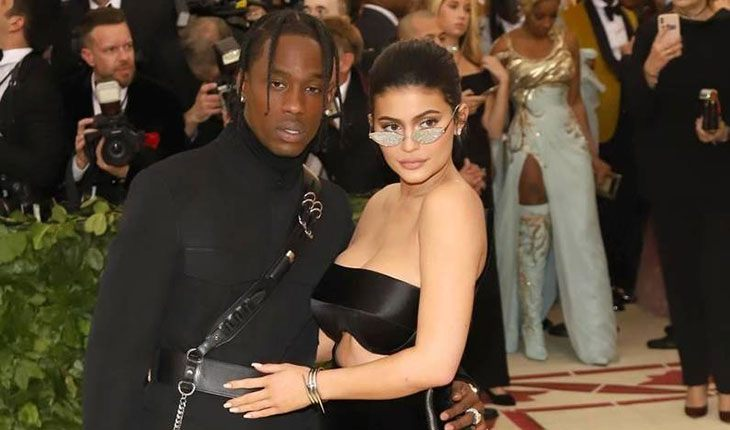 In February 2018, the billionaire beauty gave him a daughter, Stormy, and he pleased her with a $1.4 million Ferrari, and presented a vintage 1950s Rolls-Royce for her birthday in August. In 2019, his beloved suspected him of treason. They quarreled, but soon decided to forget all the grievances, according to insiders, for the sake of their daughter. Before Kylie, the musician dated model Shantel Jeffries, and in 2015 there were rumors about his romantic relationship with Rihanna.

The rap artist would like to enter the architecture department at Harvard. He is a fan of the Broadway theater, dreams of releasing an album of cover versions of the show and writing his own musical.

Search on Google
Search on Bing
Title
Author
Date
Publisher
Description
The Hunt Is On: Travis Scott Releases 100 Signed Cans of CACTITMAgave Spiked Seltzer that Unlock Entry To Sold Out Astroworld Festival
June 24, 2021
WebWire
Travis Scott and CACTITM Agave Spiked Seltzer are inviting fans on a hunt to find 100 signed cans of CACTI with an epic prize enclosed: two tickets to the sold out Astroworld Festival headlined by the Diamond Certified artist and CACTI founder himself. Earlier this year, Astroworld Festival sold out of 100,000 tickets in under 30 minutes. These limited edition signed Strawberry cans adorned in a custom Astroworld themed wrap designed by Cactus Jack won't stay on shelves for long. Go get one...
McDonald's new BTS meal is already outpacing the hit Travis Scott meal in popularity
Mary Meisenzahl
June 5, 2021
Business Insider
In the first week the BTS meal drove more traffic increases than the hugely successful Travis Scott meal in the same period.
THEN AND NOW: How the McDonald's menu has changed through the years
Erin McDowell
March 3, 2021
Business Insider
From the controversial McRib and McPizza to the new crispy chicken sandwich, the McDonald's menu has changed greatly over the years.
Video games have replaced music as the most important aspect of youth culture
Sean Monahan
January 11, 2021
the Guardian
The global video gaming industry took in an estimated $180bn in 2020 - more than sports and movies worldwide
Travis Scott Founds New Brand CACTI, An Agave Spiked Seltzer Unveils New Beverage Venture in Partnership with Anheuser-Busch
December 18, 2020
WebWire
Diamond certified recording artist, songwriter, producer, fashion mogul and creative force Travis Scott has announced his latest project as a founder and creator of a new brand CACTI, a venture with Anheuser-Busch. The new endeavor is an extension of his ever-growing personal brand which will bring his signature aesthetic and creative narrative to life in the beverage space. Scott, a tequila fan, was inspired by the flavors of tequila and the light and refreshing taste of seltzer when cre...
SHOW MORE