Springfield is the capital of the U.S. state of Illinois and the county seat and largest city of Sangamon County. The city's population was 116,250 at the 2010 U.S. Census, which makes it the state's sixth most-populous city, the second largest outside of the Chicago metropolitan area (after Rockford), and the largest in central Illinois. As of 2019, the city's population was estimated to have decreased to 114,230, with just over 211,700 residents living in the Springfield Metropolitan Statistical Area, which includes Sangamon County and the adjacent Menard County.

Present-day Springfield was settled by European Americans in the late 1810s, around the time Illinois became a state. The most famous historic resident was Abraham Lincoln, who lived in Springfield from 1837 until 1861, when he went to the White House as President of the United States. Major tourist attractions include multiple sites connected with Lincoln including the Abraham Lincoln Presidential Library and Museum, Lincoln Home National Historic Site, Lincoln-Herndon Law Offices State Historic Site, and the Lincoln Tomb at Oak Ridge Cemetery.

The city lies in a valley and plain near the Sangamon River. Lake Springfield, a large artificial lake owned by the City Water, Light & Power company (CWLP), supplies the city with recreation and drinking water. Weather is fairly typical for middle latitude locations, with four distinct seasons, including, hot summers and cold winters. Spring and summer weather is like that of most midwestern cities; severe thunderstorms may occur. Tornadoes hit the Springfield area in 1957 and 2006. 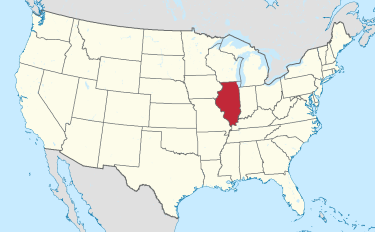 Springfield's location in the United States 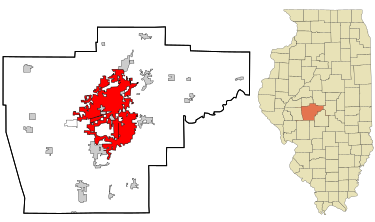 County where Springfield is located in Illinois

Settlers originally named this community as "Calhoun,” after Senator John C. Calhoun of South Carolina, expressing their cultural ties. The land that Springfield now occupies was visited first by trappers and fur traders who came to the Sangamon River in 1818.

The first cabin was built in 1820, by John Kelly, after discovering the area to be plentiful of deer and wild game. He built his cabin upon a hill, overlooking a creek known eventually as the Town Branch. A stone marker on the north side of Jefferson street, halfway between 1st and College streets, marks the location of this original dwelling. A second stone marker at the NW corner of 2nd and Jefferson, often mistaken for the original home site, marks instead the location of the first county courthouse, which was later built on Kelly's property. In 1821, Calhoun was designated as the county seat of Sangamon County due to its location, fertile soil and trading opportunities.

Settlers from Kentucky, Virginia, and North Carolina came to the developing settlement. By 1832, Senator Calhoun had fallen out of the favor with the public and the town renamed itself as Springfield. According to local history, the name was suggested by the wife of John Kelly, after Spring Creek, which ran through the area known as "Kelly's Field".

Kaskaskia was the first capital of the Illinois Territory from its organization in 1809, continuing through statehood in 1818, and through the first year as a state in 1819. Vandalia was the second state capital of Illinois, from 1819 to 1839. Springfield was designated in 1839 as the third capital, and has continued to be so. The designation was largely due to the efforts of Abraham Lincoln and his associates; nicknamed the "Long Nine" for their combined height of 54 feet (16 m).

The Potawatomi Trail of Death passed through here in 1838. The Native Americans were forced west to Indian Territory by the government's Indian Removal policy.

Abraham Lincoln arrived in the Springfield area in 1831 when he was a young man, but he did not live in the city until 1837. He spent the ensuing six years in New Salem, where he began his legal studies, joined the state militia, and was elected to the Illinois General Assembly.

In 1837 Lincoln moved to Springfield, where he lived and worked for the next 24 years as a lawyer and politician. Lincoln delivered his Lyceum address in Springfield. His farewell speech when he left for Washington is a classic in American oratory.

Historian Kenneth J. Winkle (1998) examines the historiography concerning the development of the Second Party System (Whigs versus Democrats). He applied these ideas to the study of Springfield, a strong Whig enclave in a Democratic region. He chiefly studied poll books for presidential years. The rise of the Whig Party took place in 1836 in opposition to the presidential candidacy of Martin Van Buren and was consolidated in 1840. Springfield Whigs tend to validate several expectations of party characteristics as they were largely native-born, either in New England or Kentucky, professional or agricultural in occupation, and devoted to partisan organization. Abraham Lincoln's career reflects the Whigs' political rise but, by the 1840s, Springfield began to be dominated by Democratic politicians. Waves of new European immigrants had changed the city's demographics and they became aligned with the Democrats, who made more effort to assist and connect with them. By the 1860 presidential election, Lincoln was barely able to win his home city. 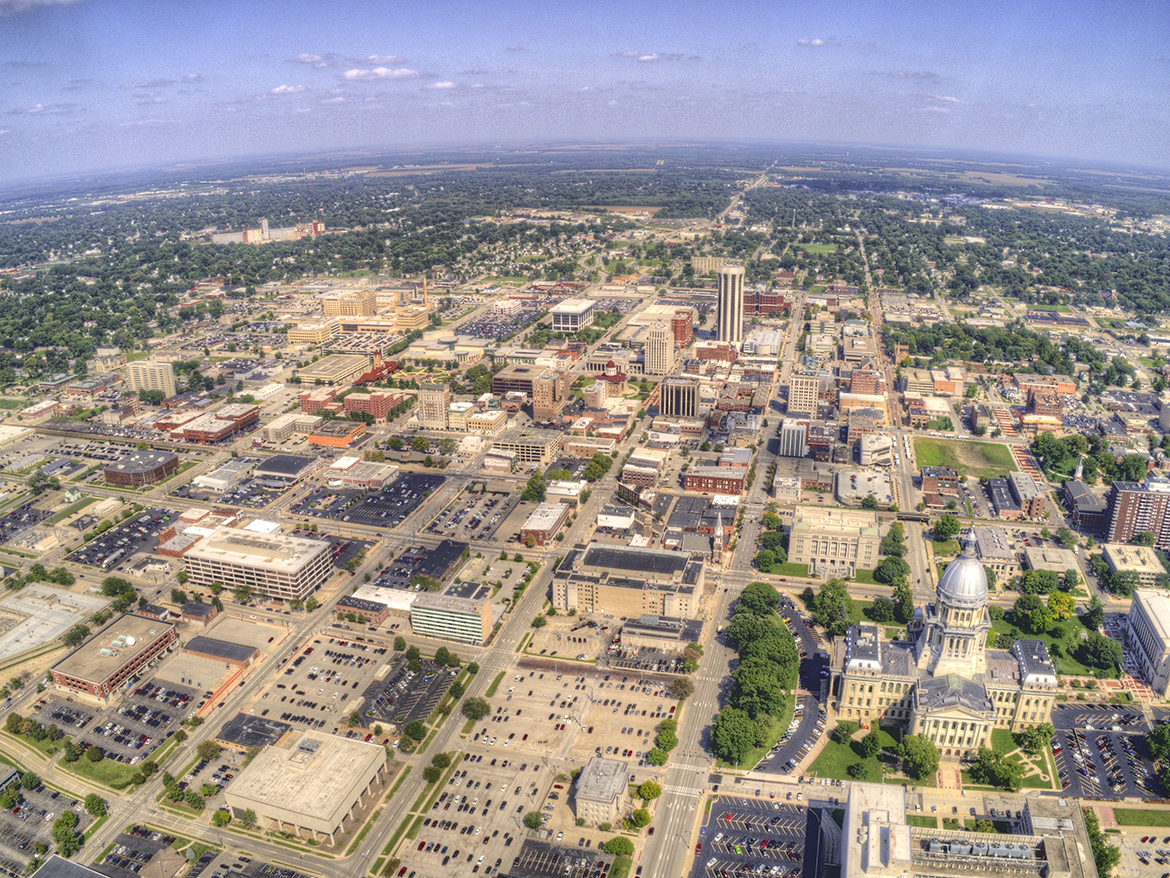 Springfield was founded by Abraham Lincoln and named after John C. Calhoun.

100 Things to Do in Springfield, IL Before You Die

100 Things to Do in Springfield, IL Before You Die, 2nd Edition

The Definitive Top 10 Things to Do in Springfield, Illinois - with @Santos Chronicles