A company developing a launch system to carry small satellites into orbit.

SpaceRyde, formerly called Loonify Space, is a company developing a launch system to carry small satellites into orbit that is headquartered in Richmond Hill, Ontario and was founded in 2018 by Saharnaz Safari and Sohrab Haghighat.

The company's launch systems consists of a balloon that carries a rocket up to approximately 35 km, and then the rocket is launched in mid-air for orbital or suborbital flights. The SpaceRyde launch system is designed specifically for launching small satellites into orbit. SpaceRyder claims they are offering the lowest cost per KG of payload of any launch provider (as of February 2020).

On June 9, 2019 SpaceRyde performed their first test flight in North Bay, Ontario and was conducted to a low altitude. The company released a statement about their test flight by telling reporters they carried out:

A scaled down version of their launch platform and rocket in Northern Ontario, Canada. The test wasn’t a complete success – a modification to the off-the-shelf rocket engine they used didn’t work exactly as expected – but it did demonstrate that their in-flight launch platform orientation tech worked as intended, and Safari says the malfunction that did occur is relatively easy to fix. 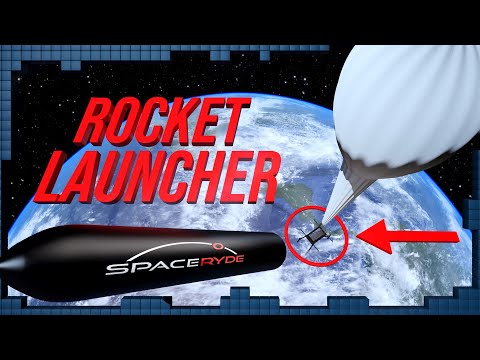