Introduction - Salvatore "Bull Sammy" Gravano is a criminal, best known as the boss of the Gambino family, who participated in many criminal activities. Sammy is also known for his close ties to four of the "five families" who were involved in organized crime.

Originally from the Colombo crime clan, Sammy planned the murder of Paul Castellano, and also had a close relationship with Italian-American gangster John Gotti. Sammy is also known for testifying against John Gotti and helping the FBI put him in jail for life. There was a time when Gravano was the highest-ranking member of the "five families", earning about $20 million a year. So far, Sammy's life has been interesting. While he was constantly trying to give up his criminal activities, the past dragged him into the vortex of illegal business. Sammy was jailed for tax evasion, attempted murder and drug dealing. He was released in 2017 on parole for the rest of his life. 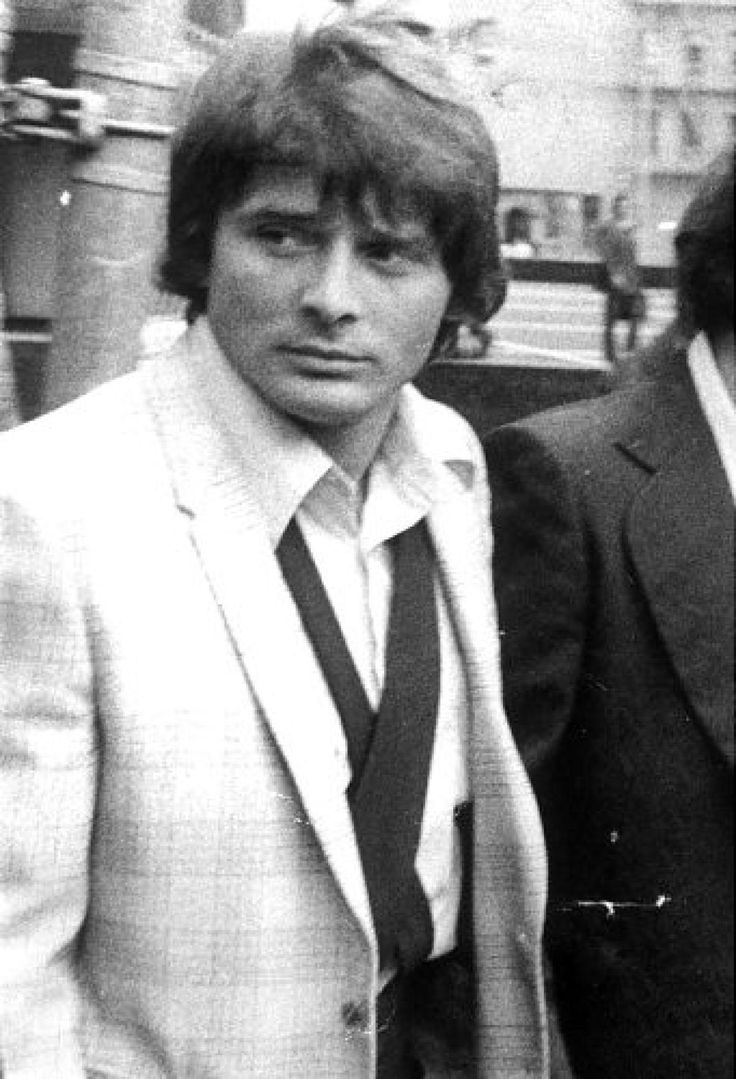 Early life - Salvatore Gravano was born on March 12, 1945 in Brooklyn, USA. His father, Giorgio Gravano, and his mother, Caterina Gravano, owned a dress factory that was funded by a dress manufacturer. Salvatore's family provided him with a good standard of living. Unfortunately, he could not study well at school, as he suffered from dyslexia. He was not transferred to the fourth grade due to poor grades, which led to the fact that he developed aggressive behavior. He often fought with his peers, and also got into an argument with his high school principal and eventually attacked him. As a result, he had to drop out of school, but with the help of a teacher, he managed to graduate from school. Then he was expelled from high school, and a few days later, he was finally sent to a school for incorrigible students. When one of his relatives pointed out the uncanny resemblance between Salvatore and his uncle Sammy, he became known as Sammy.

He was first arrested when he attacked a police officer. Later, he participated in mass attacks on people, robberies of banks and shops. He eventually became a regular criminal and was finally sent to serve in the U.S. Army in 1964. He was honorably discharged in 1966. Two years later, he was approached by Shorty Spero, an associate of the Colombo family, to become part of Cosa Nostra, also known as the mafia.

Criminal career - He started with stealing, hijacking planes, racketeering, organizing illegal poker games in clubs, etc. He became a favorite of the Colombo family and committed his first murder in 1970. He killed Joseph Colucci, Spiro's partner, who planned to kill Gravano and Spero. Gravano then became part of the Gambino family to avoid a conflict with the Colombo gangster Ralph Spero. Gradually, he became a close associate of Salvatore "Toddo" Aurello, who then became his mentor.

Gravano also started a construction business to earn a good income, but later he was accused of double murder by a former colleague. According to him, he had to go on a robbery to pay his lawyers. His rage eventually impressed Aurelio, who then offered him membership in the Gambino family. In 1976, Gravano finally became a member of the family, and he describes this day as the best in his life. 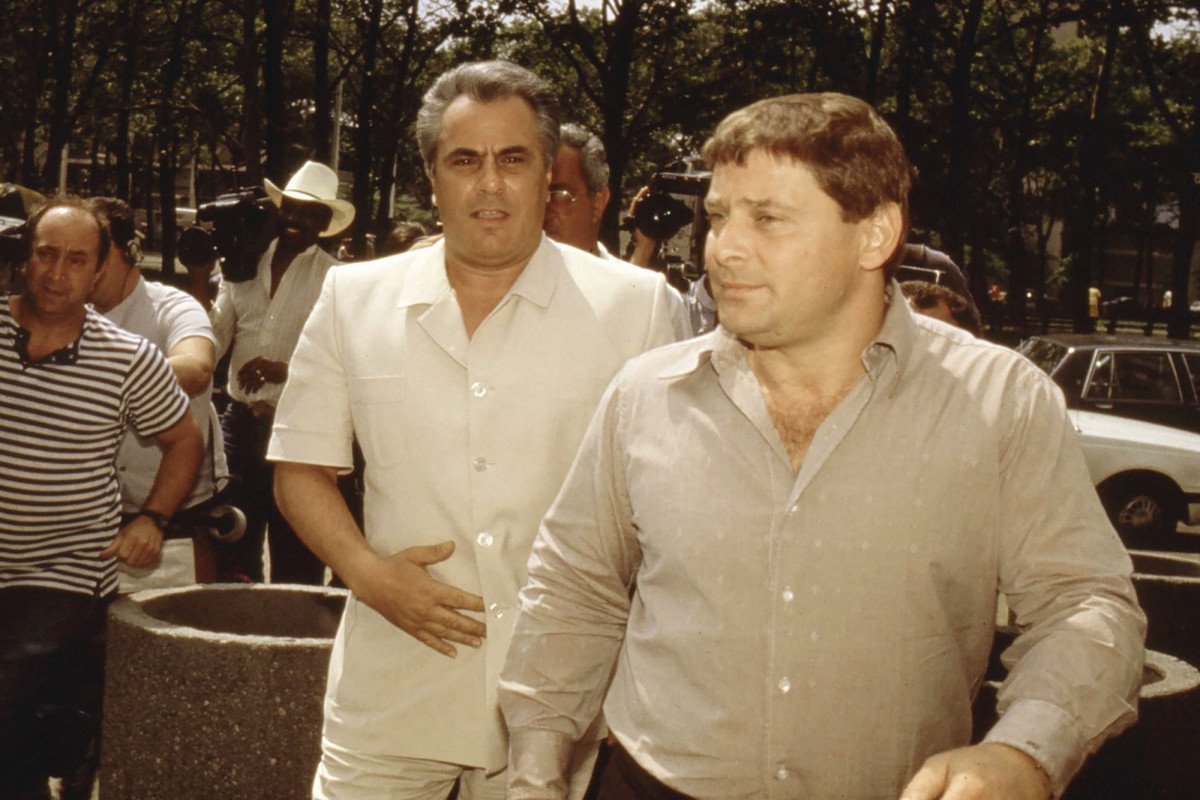 In 1978, Gravano faced a situation when he was ordered to kill his brother-in-law Nicholas Scibetta, because the latter had insulted George DeCicco's daughter. George DeCicco was the uncle of Frank DeCicco— one of the associates of the Gambino family. Instead of killing him, Gravano brutally beat Nicholas. He thought his boss would spare Nicholas after seeing him beaten by his son-in-law. But his boss Paul Castellano wanted him dead and ordered his men to kill Gravano if he got in their way. Although he made it clear that Gravano should not know about his plan, it eventually came to Gravano's ears when one of his associates told him about it. Initially, Gravano wanted to kill Castellano, but after many persuasions from his people, he agreed to the murder of Nicholas.

Nicholas was declared dead in 1985 after his hands were recovered by the authorities. Gravano, however, returned to his normal life and opened a day club and a mini-market in his hometown of Bensonhurst.

He was greatly helped by the members of Cosa Nostra, who were engaged in construction, drywall and plumbing. He also owned a disco called "Plaza Suite", which brought him good money.

In 1980, he was ordered to kill Simone John "Johnny Keyes". He befriended Simone and shot him. Two years later, Gravano ordered his men to organize the murder of Frank Fiala, a cocaine dealer. Frank bought the Plaza Suite from Gravano, but even before he paid him the full amount, he started behaving as if he owned the place, which was not suitable for Gravano. Gravano shot Frank in broad daylight, but there were no witnesses against him. However, he was charged with tax evasion due to an IRS investigation.

After his release, he focused on his construction business until he got into a dispute with his business partner and Gambino member Louis DiBono. He accused DiBono of withholding $200,000 in payments and threatened to kill him.

Castellano, along with Neil Dellacroce, Gambino's underboss, advised him to break off the partnership with DiBono. Neil Gravano's support impressed Don John Gotti. In 1985, a friend of John Gotti asked Gravano to make a plan to kill Castellano. After thinking about it, Gravano agreed to plan the murder and he managed to kill Castellano.

John Gotti was chosen as the new boss without any resistance, and Gravano became the leader after Aurello resigned. In April 1986, Dechikko died as a result of a car bomb explosion. Interestingly, the explosion was also intended to kill Gravano and Gotti.

Having no subordinate, Gravano took responsibility with another partner. In May 1986, Gotti was arrested on RICO's charges, and Gravano became acting chief. After bribing the juror, Gravano acquitted Gotti. But on December 11, 1990, Gotti was arrested again on similar charges.

During the trials, evidence appeared in the form of a tape recorder. In the tape, Gravano was portrayed as a mad killer, and Gotti claimed that he was a long-suffering boss. This caused grave concern to Gravano, as he was sure that Gotti was trying to make him a scapegoat.

When Gotti continued with his notes, Gravano took the final step and agreed to testify against Gotti. He was also convicted on September 26, 1991, but released a year later. In 2000, he was arrested again on drug charges along with his wife and children. He was released on September 18, 2017, but will forever remain under federal parole.

Official Sammy The Bull - Our Thing Podcast
Sammy Gravano was born in Brooklyn.