Rostov-on-Don is the administrative center of the Rostov Region and the Southern Federal District of Russia with a population of over 1 million people. The city is located in the southeast of the East European Plain, on the banks of the Don River, 46 km from its confluence with the Sea of Azov. The area of the city is 348.5 sq. km, the distance to Moscow is 1076 km. 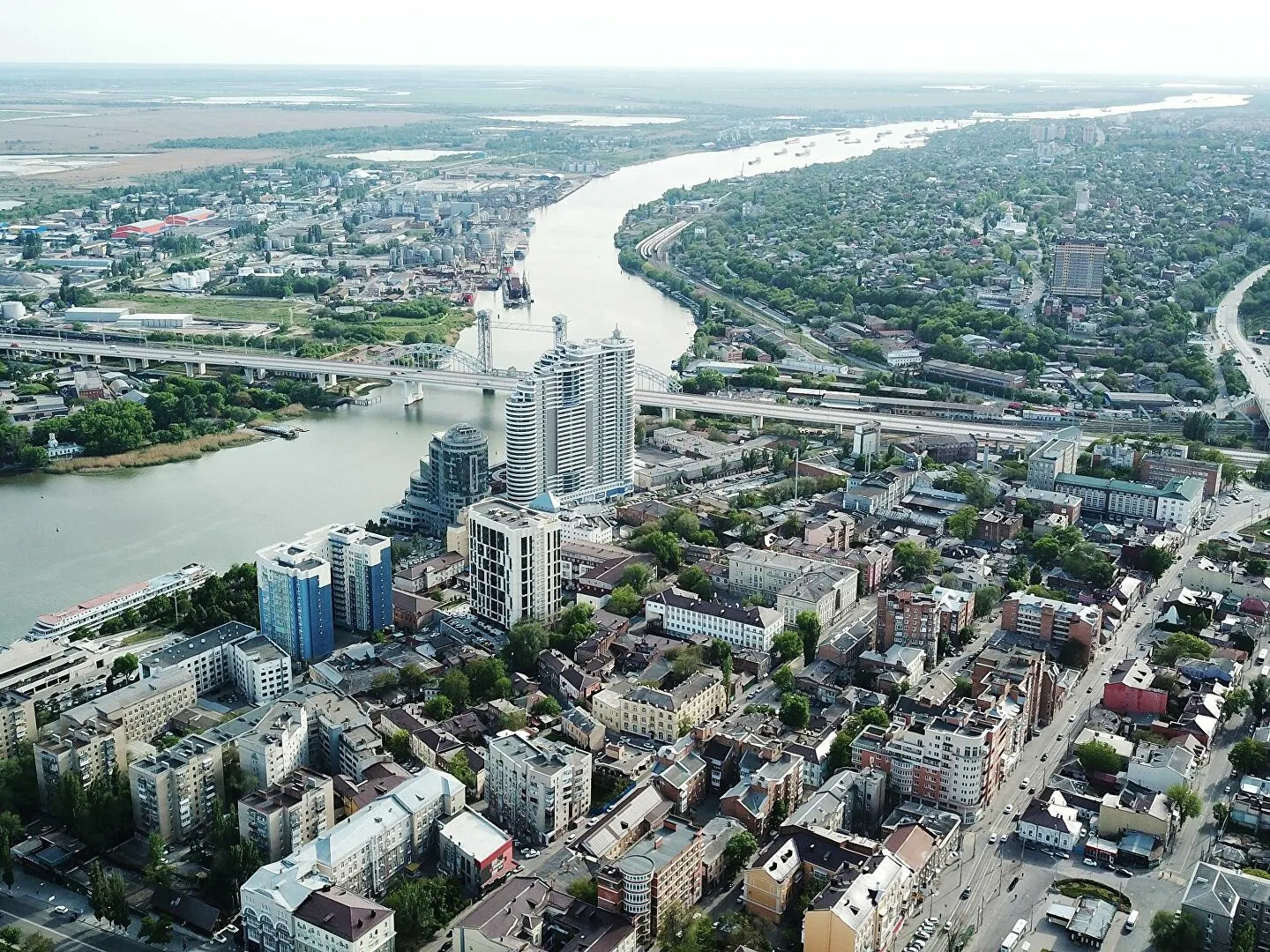 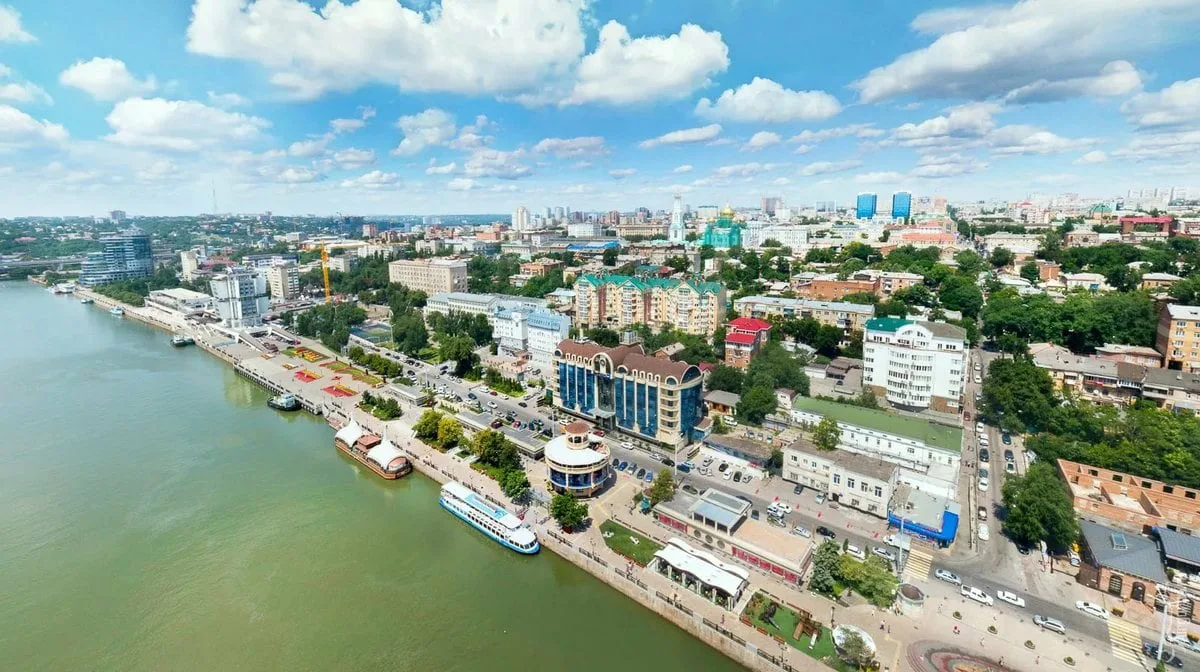 The date of foundation of Rostov-on-Don is considered to be 1749, when the Russian Empress Elizaveta Petrovna signed a Decree on the establishment of a state customs house at the mouth of the Temernik River. After that, a port appeared here, and in 1761, the construction of the military fortress of St. Demetrius of Rostov began. Favorable geographical position contributed to the economic development of Rostov. By its 100th anniversary, the city had about 15,000 inhabitants, and by the 20th century, more than 110,000 people lived in it. The basis of Rostov's economy was trade, and the city itself was called a merchant city. Nevertheless, by the beginning of the 20th century, more than 100 enterprises operated in Rostov, every third of which belonged to foreign capital. Until 1917, Rostov was the third city in Russia in terms of foreign economic trade turnover. By the end of the 1930s, in terms of population and level of economic development, it was one of the ten largest cities in the Soviet Union.

Rostov entered the heroic annals of the Great Patriotic War as the city where the Red Army switched from defense to offensive. Rostov-on-Don in the plans of the Nazi command was a strategic goal - it was not for nothing that Goebbels called it the "Gate of the Caucasus." But, it was here, at the "Gate of the Caucasus" in November 41st, the Wehrmacht suffered its first major defeat. During the occupation of the city, the Nazis shot and tortured tens of thousands of civilians, about 50 thousand people were driven into slavery. The central districts of the city were turned into ruins, the buildings of theaters, institutes, schools and hospitals were blown up and burned. Of the 270 factories and plants, only six survived. However, thanks to the selfless work of Rostovites, the capital of the Don was restored from ruins and became even more beautiful.

Rostov-on-Don has a special, unique appearance due to the rich historical and cultural heritage that exists here. Its entire history, starting from the time of a small settlement near the Temernitsky customs and the fortress of St. Demetrius of Rostov, and to this day is reflected in numerous monuments of architecture, archeology, monumental art and memorial complexes of military glory.

In Rostov-on-Don today there are more than 800 cultural heritage sites, including 470 architectural monuments, 55 archeological monuments, 106 monuments of monumental art and military glory. The historical center of Rostov is especially rich in architectural monuments. The building designed by Academician of Architecture A.N. Pomerantseva - "City Duma" (B. Sadovaya, 47). Among the masterpieces of architecture of world importance is the building of the Drama Theater. M. Gorky architects V.A. Shchuko and V.G. Gelfreich, the layout of which is kept in the British Museum in London.

Paying tribute to the past, the city immortalized in stone and bronze the images of its countrymen and people who made a worthy contribution to the history of the Don capital: M. Gorky, M. Sholokhov, M. Saryan, G. Sedov.

On the streets of the city you can find many urban sculptures. This is a walking "Citizen", offering the goods "Merchant", a cute "Flower Girl" with a basket of the first violets, and many other small sculptures that delight Rostovites and attract the attention of city guests.

The symbol of the revival of spirituality for Rostovites was the opening on Cathedral Square of a monument to the patron saint of the city - St. Demetrius, Metropolitan of Rostov and the restoration of the bell tower at the Rostov Cathedral of the Nativity of the Blessed Virgin Mary. In 2007, the Church of the Intercession was erected in Kirovsky Square on its historical site and a monument was erected to the founder of Rostov, Empress Elizaveta Petrovna.

The Don culture has not only a glorious past, but also an equally bright present. There are 220 institutions of culture and art in Rostov, creative unions and national cultural societies.

At different times, such prominent writers as A. Solzhenitsyn, M. Nalbandyan, M. Shaginyan, V. Panova, A. Fadeev, artists M. Grekov, M. Saryan and V. Shcheblanov, composers and musicians A. Artamonov and K. Nazaretov, actors Y. Zavadsky and V. Maretskaya. Rostov-on-Don is the birthplace of the Russian ballerina O. Spesivtseva, the outstanding singer of the 20th century I. Yuryeva, the People's Artist of the USSR R. Plyatt.

Rostov-on-Don is a major educational and scientific center. By the number of universities, the city ranks third in the country (after Moscow and St. Petersburg). Here there are 50 institutions of higher professional education (13 state, 12 non-state universities and 25 branches of universities operating in other cities), in which more than 120 thousand people study.

There are 4 theaters in Rostov, two of which are academic, 4 museums, the largest in the south of the country - the Don State Public Library, the state circus, the regional philharmonic society, the Rostov Conservatory. S.V. Rachmaninov, Rostov-on-Don branch of the St. Petersburg State University of Culture and Arts, art school, culture school, exhibition halls of artists.

One of the largest zoos in Europe has been operating in Rostov-on-Don for 80 years. This corner of the fauna with an area of ​​90 hectares is inhabited by about 5 thousand individuals, including 400 species of rare animals, birds and reptiles, more than 100 of which are listed in the Red Book. One of the largest gardens in Russia is the Botanical Garden of Rostov State University, with an area of ​​161 hectares.

Rostov-on-Don is also one of the largest jazz centers in the country. It is here, as nowhere else in the world, that the base of pop-jazz education is strong, which was laid back in the early 80s by the country's first "jazz professor" Kim Nazaretov, who opened the department of pop-jazz music at the Rostov Conservatory. It has become a good tradition to hold in Rostov-on-Don the art festivals "Don Spring", "Minifest", "Russian Comedy", international jazz festivals, the festival of young composers in memory of the Rostov composer A.P. Artamonov, as well as the festival of folk art "My city - my destiny".