Rodrick Wayne Moore Jr. (born October 22, 1998), known professionally as Roddy Ricch, is an American rapper and singer from Compton, California. He rose to fame in 2018 with his single "Die Young", which peaked at number 98 on the Billboard Hot 100. Ricch's first two mixtapes, Feed Tha Streets (2017) and Feed Tha Streets II (2018).

The famous American musician Raddy Rich, despite his young age, managed to prove himself not just as a singer or rapper. He writes the lyrics for his own songs and produces other musicians. He managed to achieve popularity by 2018 with the release of another album, one of the songs of which took leading positions in the popular charts of America.

Roddy Rich was born in the fall of 1998 in Compton, Los Angeles County, California. His exact nationality is unknown. The future singer spent the first years of his biography there, then lived for some time in Atlanta, Georgia.

From the age of eight, the boy began to express himself creatively, however, he sang only at home, chose songs by popular artists at that time, and beat the rhythm on his own, using various household items. Then he did not take creativity seriously, but his views on life changed dramatically after being sent to prison, where Roddy Ricch spent 2 weeks.

At school, the musician did not study well, he constantly argued with teachers and clashed with the director. At the age of 16, Roddy Rich finally realized that he wanted to connect his life with music, and bought basic musical equipment.

Having no space for a studio, he set it up at home and began to try to record the first tracks. He invented the texts himself, in them he told the story of life. In his youth, he even had a chance to perform on stage a couple of times, but then the rapper was swallowed up by street life, and for a while he moved away from music. Only in 2017, the young man again returned to the recording equipment. 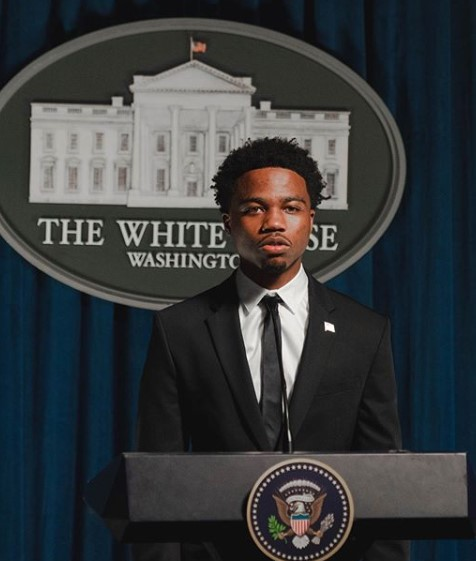 Roddy has pages on Twitter, Facebook and Instagram, where he shares with subscribers fresh photos from life and shots from concerts and while recording songs. The position of the artist obliges him to maintain profiles, although the rapper himself does not like social networks too much, because he is too focused on music and wants to be known first of all as a musician.

Subscribers do not know anything about Ricch's personal life, the singer tries to keep this information away from the public eye. Although the girls visiting his accounts have repeatedly noted the rapper's external attractiveness.

In the fall of 2017, Roddy released his first successful mixtape called Feed Tha Streets, which included songs from Chase Tha Bag, Hoodricch and Fucc It Up. He received a lot of positive feedback and drew attention to the rapper from artists such as Meek Mill, Nipsey Hussle, DJ Mustard and 03 Greedo. Following this, Ricch's video for the track Fucc It Up was released on the popular video hosting YouTube.

When Atlantic Records heard the song, they were surprised that the guy from Compton sounded like Atlanta. The company's senior vice president, Dallas Martin, immediately invited him to the studio and suggested that Ricch record 3 songs. It was clear that the rapper knows what he wants: he writes compositions every day, listens to people's opinions and is open to advice.

In 2018, the musician released the mini-album Be 4 Tha Fame, which was well received by the public. And in the spring of the same year, the American rapper Nipsey Hussle invited Roddy to perform at his concert, which was held in Los Angeles. Real popularity came to his biography a little later.

In the summer of 2018, the singer released the track Die Young, dedicated to his childhood friend. According to the author, the composition was written on the night of XXXTentacion's death and contains a story about the desire to live to the fullest. Later, he shot a video for the song, which in the first months of being on YouTube gained 80 million views and 120 million downloads from other resources.

Productive work with the label helped the rapper not only become famous, but also make acquaintances with other artists. Now Roddy calls Meek Mill and Nipsey Hussle brothers who helped him and showed him the right path in life. They were not only friends, but also worked productively, with Nipsey the singer even recorded a joint track Racks In the Middle. This song was the last for Nipsey, who was killed a couple of months after this event. Subsequently, the composition was nominated for a Grammy. 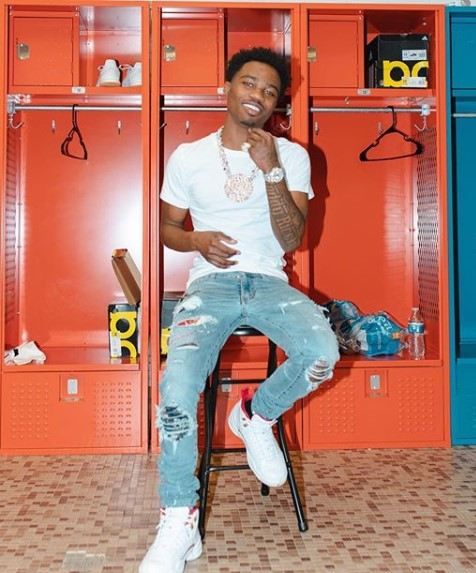 Another composition, Ricch The Box, gained immense popularity. According to the artist, this is just a “cool” song, under which Internet users like to record videos for the TikTok application. Although the text is not very entertaining, it tells how the performer ended up in prison for illegal possession of weapons. Producer 30 Roc remembers the work on The Box with a smile: when Roddy first turned it on, the man heard a squeaky sound - it was the intro, and when the intro ended, the bass began, rhythmically intertwined with singing.

During the performance of the track at concerts, the fans went crazy, sometimes he had to sing it several times in one performance. Ricch himself is not too interested in the number of views or downloads of a particular composition, he sees the necessary return at concerts, when fans go crazy at the sound of the song, sing along, shout and applaud.

Speaking about creativity, Ricch said that when writing music, he was guided by Future, Young Thug and Lil Wayne, the latter especially inspired him with double meaning lyrics. The sound of the songs of these artists helped him understand what his songs should be. He also recalls history from the very beginning of the journey. Once the guy found out that the American rapper Thug bet $ 40 thousand that Roddy would become super popular. The musician is grateful that the artist believed in him and never doubted his talent. 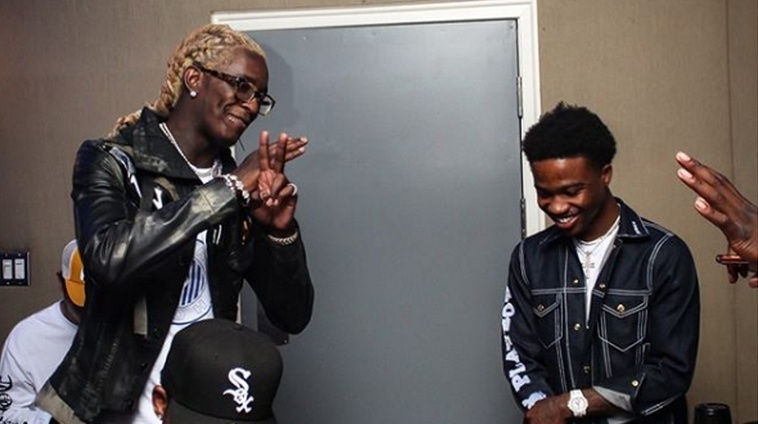