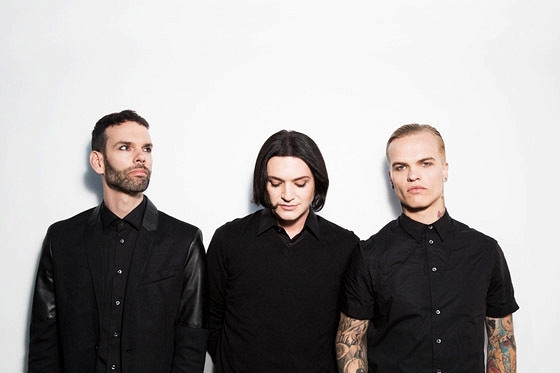 The London-based trio known as Placebo takes pride in creating provocative music. “We like to provoke strong reaction in people,” bassist Stefan Olsdal admitted in an interview with the iMusic.com website. “Indifference is something we try to avoid. Sometimes that leads to confusion, or anger, or interest—but you can never really predict the outcome.” And forthose who follow up-and-coming pop-rock bands, figuring out Placebo did prove challenging at first.

Based on appearances alone—frontman Brian Molko favored an androgynous look with heavy dark makeup—reviewers most often dubbed Placebo a goth-rock ensemble. But after the release of the band’s eponymous debut in 1996, followed by 1998’s Without You I’m Nothing, pop enthusiasts discovered that there was more to Placebo than meets the eye. Rolling Stone writer Chuck Eddy, for instance, asserted, “Placebo are the latest—and toughest—in the recent line of English pretty-boy guitar-glam bands ([London] Suede, Supergrass, Mansum, Rialto, Elcka).” Soon, the band earned a reputation for their eclectic songcraft, as well as for their ambiguity and uncertainty, and also gained admiration from such accomplished musicians as R.E.M.’s Michael Stipe, U2’s Bono, David Bowie, and Marilyn Manson, all of whom Placebo claimed as friends.

Gender-bending lead singer Brian Molko first met Swedish-born bassist/guitarist/keyboardist Stefan Olsdal while attending school in Luxembourg. However, even though both students shared the common interest of music, the pair didn’t become fast friends. Olsdal was a jock and played sports, on the one hand, while on the other hand, Molko was a self-described loser. Although they never hung outtogether much during their school days, the two did meet up again by chance years later in London and decided to form a band. Together, along with drummer Robert Schultzberg, Molko and Olsdal formed a group called Ashtray Heart. By around 1995, Ashtray Heart transformed into Placebo.

For Placebo’s first release, the band enlisted the technical skills of Chicago-based producer Brad Wood, who also worked with Liz Phair, Sunny Day Real Estate, and Jesus Lizard. On the surface, Placebo, issued by Caroline Records in the United States, contained some more traditional rock and roll ingredients, like heavy-metal guitar riffs and lyrics that celebrated sex and drugs. However, as Mark Jenkins concluded in a review for the Washington Post, “the effect of the band’s self-titled album is not exactly routine. Indeed, such ironically titled songs as ‘Teenage Angst’ and ‘Hang on to Your IQ’ are engagingly askew…. Molko’s vocals are so ambiguously high-pitched, on ‘I Know,’ he scales heights reminiscent of the Undertones’ Feargal Sharkey.” Placebo’s

Placebo - Every You Every Me (Official Music Video)