The state of Ohio got its name from the Ohio River, the deepest tributary of the great Mississippi River. In turn, the name of the Ohio River comes from the word ohi-yo, which in the language of the Seneca Indians means "good river" or "big river".

Over the territory of the modern state of Ohio, more than ten thousand years ago, tribes of the indigenous inhabitants of the continent, the American Indians, roamed. Approximately two millennia ago, the first Indian settlements appeared here, and agriculture began to develop. Numerous material artifacts from this period have survived to this day, the most famous of which are the mounds of Hopewell National Historical Park near Chillicothe and Serpent Mound ("Snake Mound"), located near the town of Peebles. In the middle of the 17th century, during armed clashes known as the "Beaver Wars", the lands of Ohio were captured by the Iroquois. By the beginning of European colonization, the tribes of Miami Indians, Hurons (Wyandots), Delaware, Shawnee (Shoney), Ottawa and others lived here. Many of them moved here from the east under the pressure of actively developing new lands of European colonists. The main occupations of the Indians were hunting (including fur-bearing animals) and agriculture (corn, legumes, sunflowers).

The first European to explore Ohio was the famous French explorer René de La Salle in 1669. The Ohio Country, as the lands of present-day Ohio, eastern Indiana, western Pennsylvania, and northwestern West Virginia were then called, became part of the New France colony. The French actively developed trade with the Indians (mostly buying furs), built several trading posts and forts in Ohio.

In the lands of Ohio, primarily as in the richest hunting grounds, the English colonists were also extremely interested. In 1747, the Ohio Company was formed in Virginia to expand the British colonies in North America westward. On February 19, 1803, the third President of the United States, Thomas Jefferson, signed the law that approved the Ohio Constitution and its boundaries. So in fact, Ohio became the seventeenth state of the United States, although the US Congress did not pass a law literally defining Ohio as a state. This legal incident was corrected only in 1953 (the year of Ohio's centenary statehood), when Dwight Eisenhower officially announced March 1, 1803 as the date of the formation of the state of Ohio.

Ohio is characterized by a humid continental (and even subtropical in the south) climate with hot summers and cool winters. Precipitation falls fairly evenly throughout the year; in the northern regions of the state, on the coast of Lake Erie, severe blizzards often occur in winter.

The state of Ohio got its name from the Ohio River, the deepest tributary of the great Mississippi River. In turn, the name of the Ohio River comes from the word ohi-yo, which in the language of the Seneca Indians means "good river" or "big river".

Fort Meigs, built by the US Army in the area of ​​present-day Perrysburg in 1813

Museum of Fine Arts in Cincinnati, created on the basis of a collection collected by the Taft family. The building in which the museum is located was built in 1820.

The house in the town of Georgetown, where the 18th President of the United States, Ulysses Grant, spent his childhood. Built in 1823.

Several sections of the canal, built in 1825, connecting the Ohio River with Lake Erie.

The Kirtland Temple is the first temple of The Church of Jesus Christ of Latter-day Saints (Mormons), built in 1833.

The house in the town of Milan, where the famous inventor and entrepreneur Thomas Edison was born and spent the first years of his life. Built in 1841.

An observatory built in Cincinnati in 1842. The oldest professional observatory in the United States. Wilson Bruce Evans' home in Oberlin, which served as one of the important refuges for runaway slaves on the Underground Railroad. It was built in 1856.

The Eldin Covered Bridge across the Great Miami River near Troy is one of the best-preserved structures of its type in the United States. Built in 1860.

The Ohio State Capitol in Columbus, built in 1861

Plum Street Temple is a Cincinnati synagogue built in 1865.

A suspension bridge built between 1856 and 1866 across the Ohio River, designed by John Roebling, connecting Cincinnati with the city of Covington, Kentucky. It is considered the prototype of the famous Brooklyn Bridge in New York.

House of prominent politician George Pendleton in Cincinnati. Built in 1870.

"Spiegel Grove" - ​​the estate of the 10th President of the United States Rutherford Hayes in the city of Fremont. Built in 1873.

The largest ethnic (national) groups among the population of the state of Ohio: 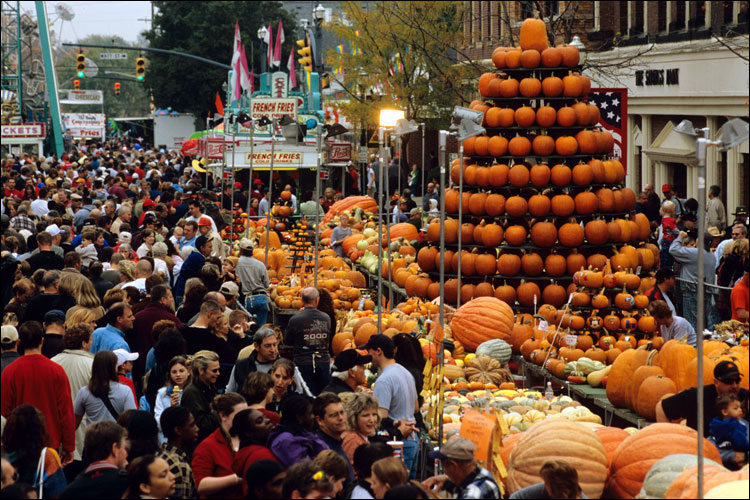 Ohio has a very well developed and diversified economy and consistently ranks among the top ten US states in terms of gross domestic product. If Ohio were an independent state, it would take the twentieth place in the list of the richest countries in the world.

Various industries, agriculture, and tourism are very well developed in the state. About 8% of Ohio's GDP comes from the financial sector of the economy (banks, insurance companies).

Ohio is one of the largest centers of scientific research in the USA (according to some estimates - the second after California). The state is developing in the field of energy, medicine, aeronautics, space exploration, and agriculture. The most prominent research organizations in Ohio include the Center for Stem Cells and Regenerative Medicine, the John Glenn Center (a division of NASA) and the Cleveland Clinical Hospital, the Center for Tissue Regeneration and Research Institute at the University of Dayton, the US Air Force Research Laboratory at Wright AFB -Patterson, Worcester Agricultural Research Center and many others.

Title
Author
Date
Publisher
Description
Ohio retirement fund sues Facebook over investment loss
November 16, 2021
AP NEWS
COLUMBUS, Ohio (AP) -- Ohio's largest public employee pension fund has sued Facebook -- now known as Meta -- alleging that it broke federal securities law by purposely misleading the public about the negative effects of its social platforms and the algorithms that run them.
Robots hit the streets as demand for food delivery grows
By DEE-ANN DURBIN
November 2, 2021
AP NEWS
ANN ARBOR, Mich. (AP) -- Robot food delivery is no longer the stuff of science fiction. But you may not see it in your neighborhood anytime soon.Hundreds of little robots __ knee-high and able to hold around four large pizzas __ are now navigating college campuses and even some city sidewalks in the U.S., the U.K.
Taiwan's Foxconn has deal to buy former GM plant in Ohio
By JOHN SEEWER
September 30, 2021
AP NEWS
Foxconn Technology Group, the world's largest electronics maker, has a deal to buy a huge auto assembly plant in Ohio from startup electric truck maker Lordstown Motors, the companies announced Thursday.
Coronavirus: Until 2023? Parts shortage will keep auto prices sky-high
The Associated Press
September 5, 2021
CTVNews
A surge in COVID-19 cases from the delta variant in several Asian countries that are the main producers of auto-grade chips is worsening the supply shortage. It is further delaying a return to normal auto production and keeping the supply of vehicles artificially low.
Duke Energy honors six companies with 2021 Power Partner Awards
August 23, 2021
WebWire
Duke Energy has selected six organizations to receive its 2021 Power Partner Awards. The program, which began in 1992, recognizes businesses and other organizations that achieve notable results in categories including innovative energy solutions, solution innovation, service excellence, and sustainability excellence. "We are honored to do business with the exceptional organizations selected to receive this award that recognizes their operational excellence and innovation," said Chris Edg...
SHOW MORE
ohio.gov
Is a