Strengthening its presence in the electric SUV category, Nio has unveiled its fourth high-riding model – the Nio ES7. The ES7 sits between ES6 and ES8, meaning it doesn’t replace the ES6. Here’s everything we know about the new Nio SUV: 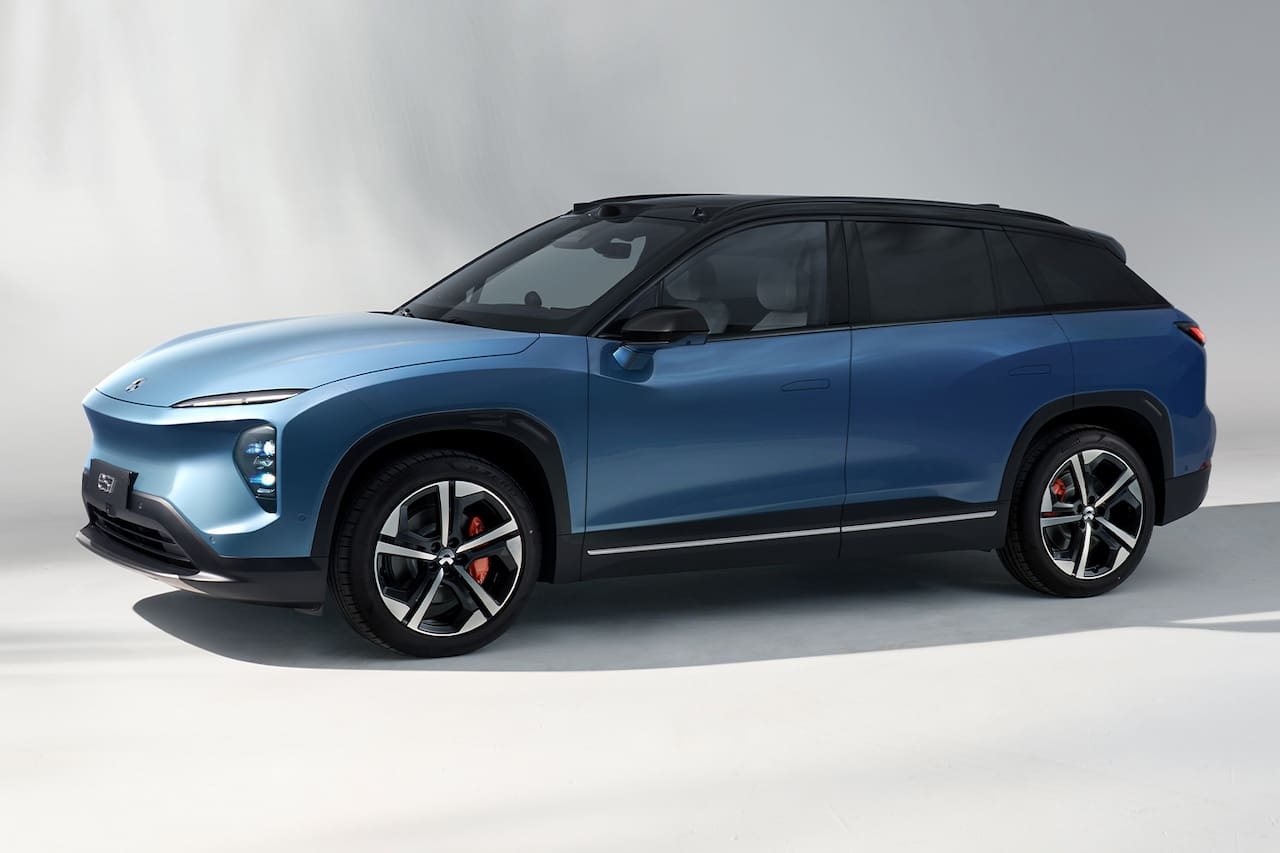 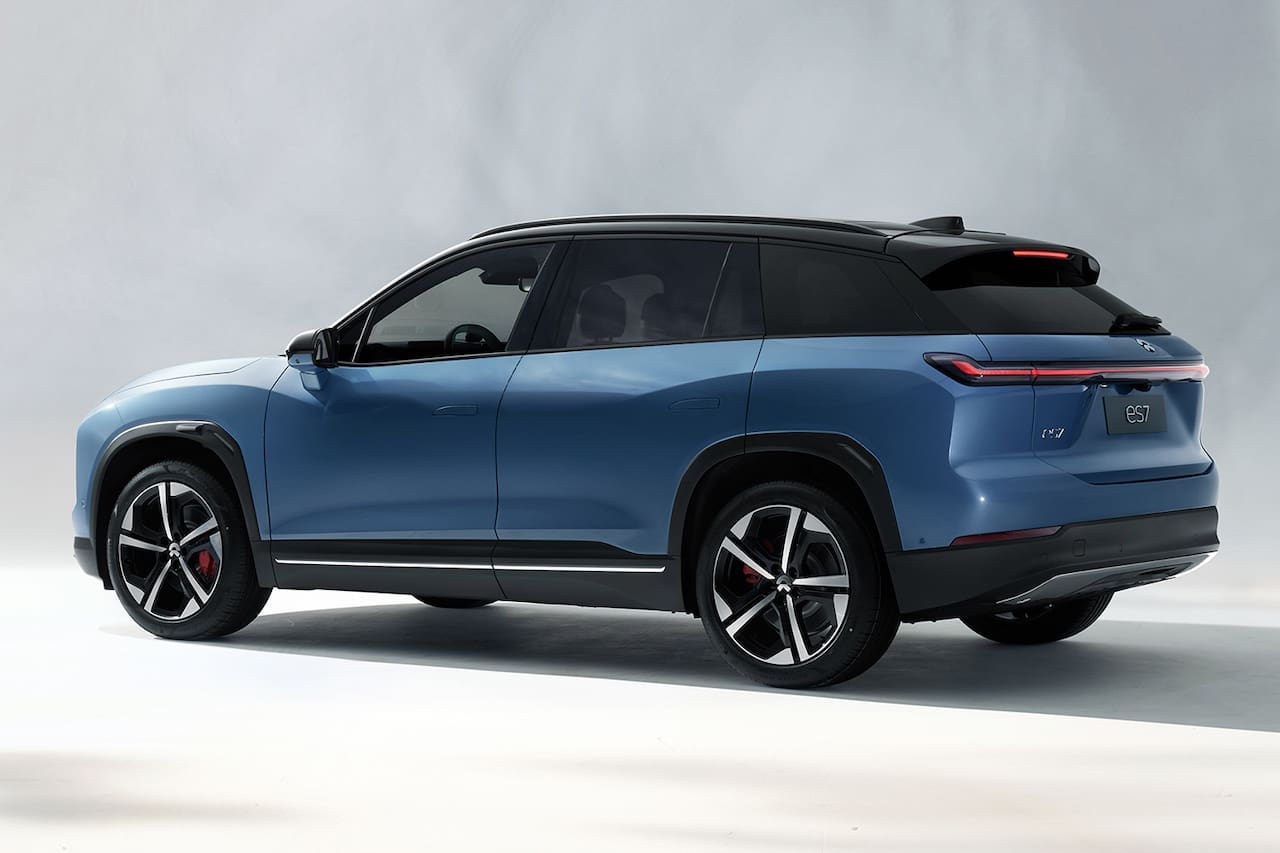 Nio’s ES7 SUV is longer than the ES6 but shorter than the ES8, and its NT 2.0 platform makes it an attractive option for drivers. Image Sour 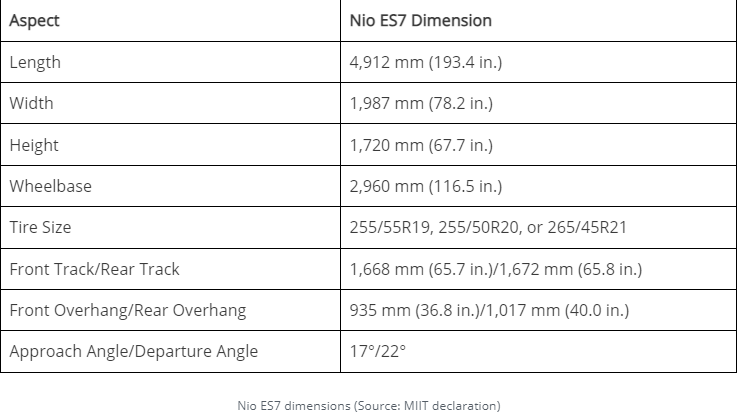 The Nio ES7 features an almost entirely closed-off front-end. Where most SUVs have a radiator grille for cooling their engine, this all-electric model has a concave body panel that is smooth and not only reflects an EV’s simplicity but helps it be more aerodynamic. There’s an A-shaped wide air intake in the lower portion and a faux skid plate under it. 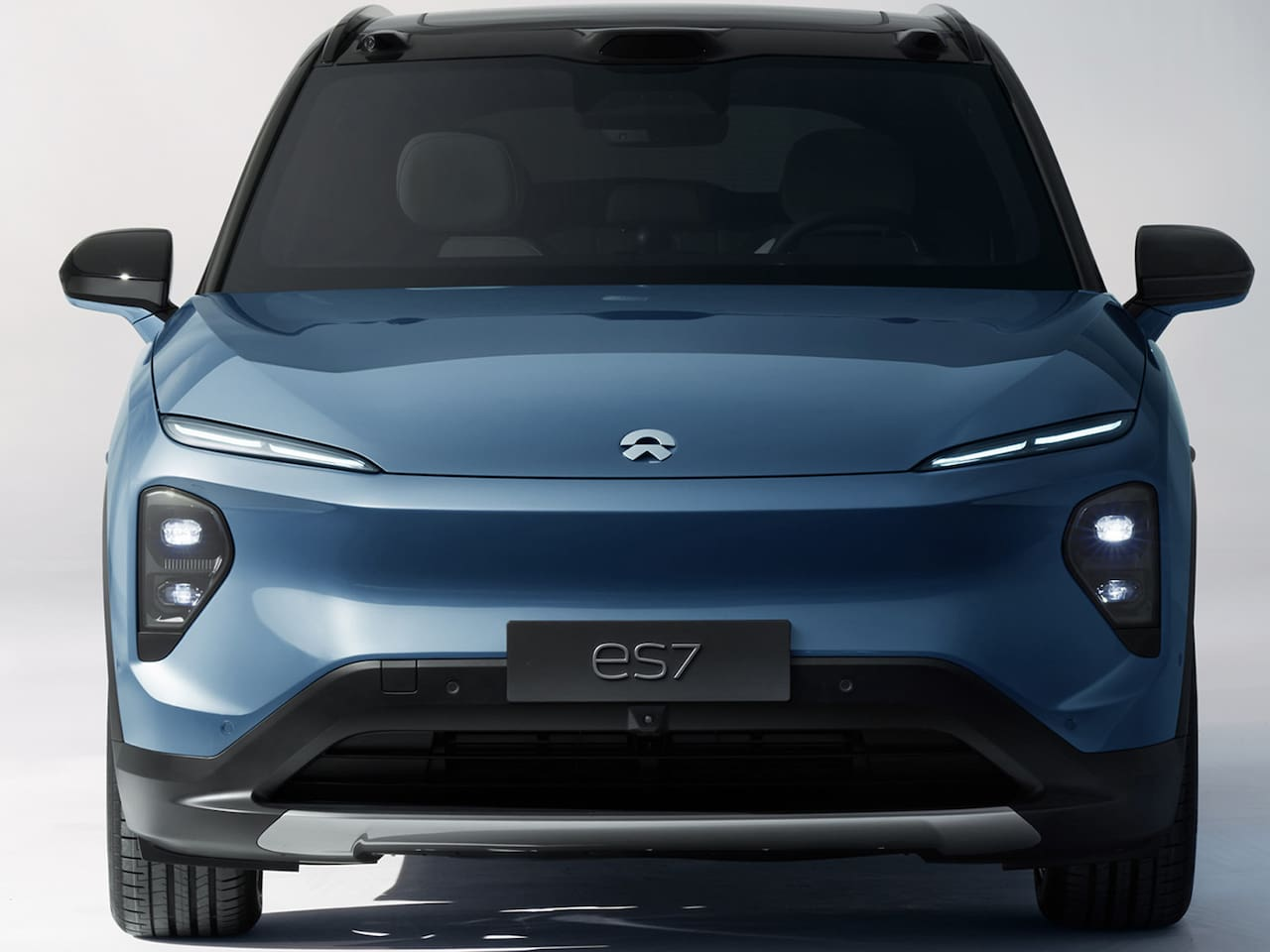 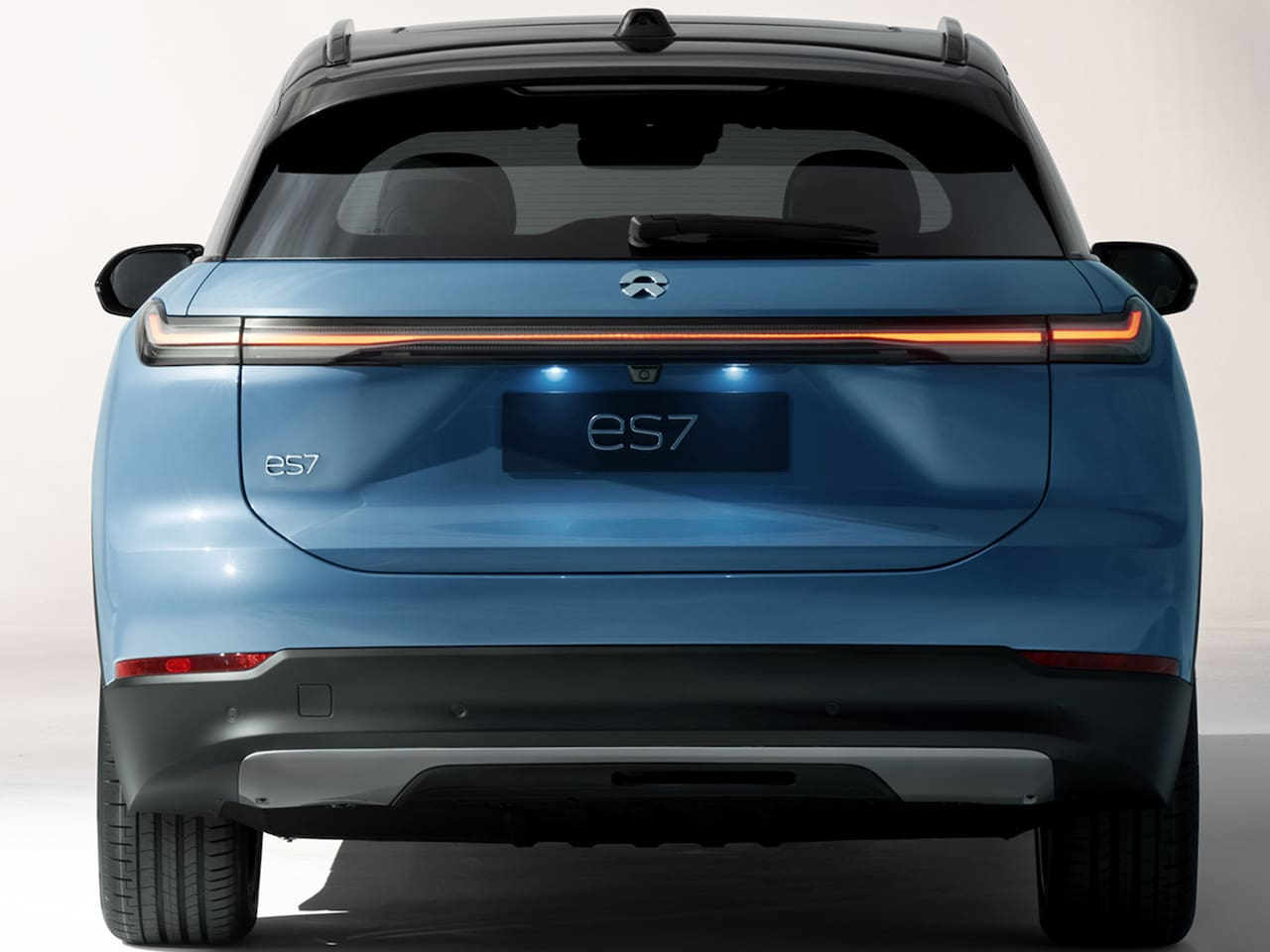 The ES7’s styling aligns with the design language of Nio SUVs like the ES8 and ES6. However, its nose appears much cleaner, thanks to the lack of a radiator grille. The two-tier headlamps consisting of a thin DRL strip on the top and vertically stacked main lights positioned separately below instantly make the prototype recognizable as a future Nio vehicle. The design and layout of the sensors mounted on the roof strengthen that speculation. 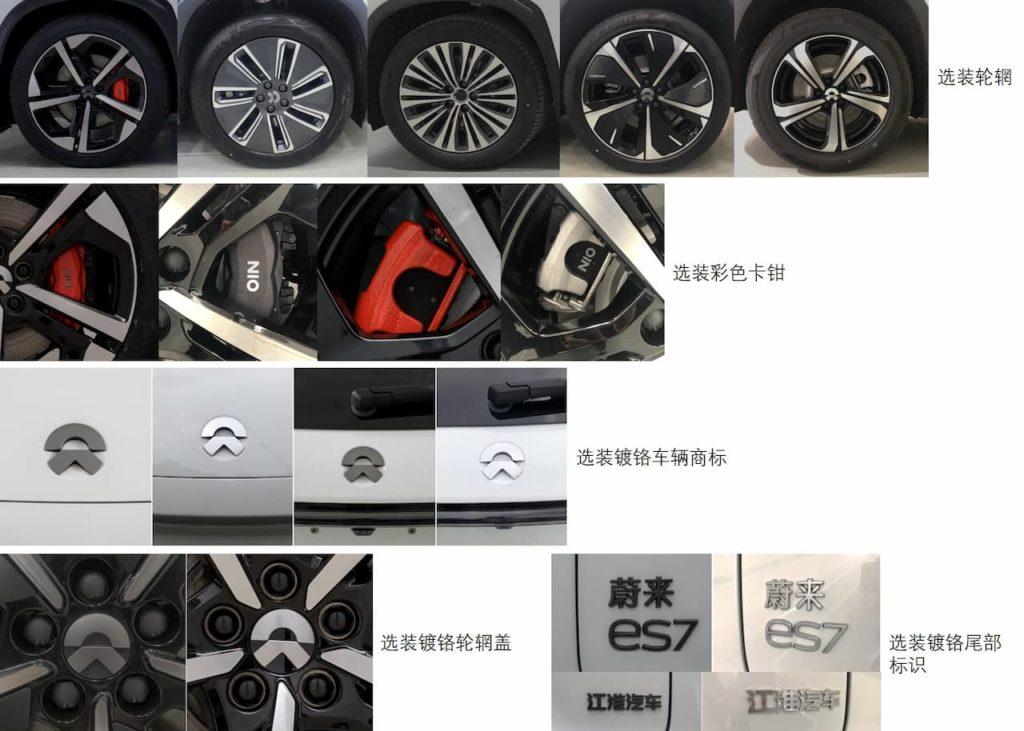 Like the ET5, the ES7 features a LiDAR flanked by two high-resolution cameras at the front of the roof, and a high-resolution camera integrated into a shark-fin antenna at the rear. Another highlight at the rear is an ‘Air Wing’ wing-shaped tail light stretching across the width, consisting of densely arranged 202 LED modules. Squarish wheel arches, two-tone alloy wheels, flush door handles, and a two-tone paint scheme are among the other exterior highlights of the ES7. 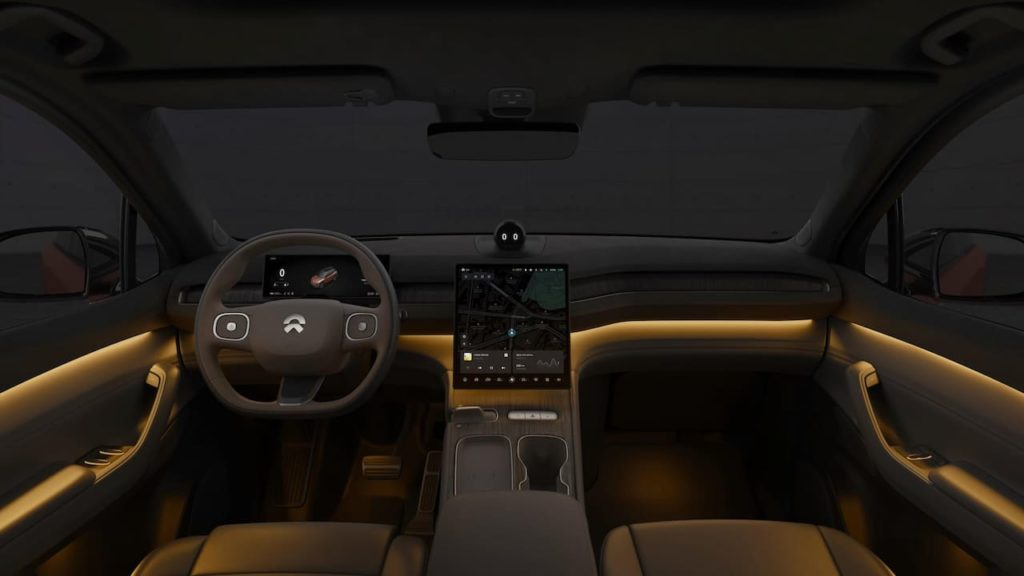 The interior design and features of Nio ES7 are quite similar to the ET5 and ET7. Image Source: Nio

The interior of the Nio ES7 looks quite similar to that of other NT2.0 platform models – ET7 and ET5. Embodying the familiar second living room concept, it features a sophisticated yet low-profile appearance. The ES7 is Nio’s first model featuring Clean+ Nappa leather, which uses coffee shells as a natural tannin. This eco-friendly leather is 100% of acids, aldehydes, and chrome. The rear seats feature heating and a 23-31° power-adjustable seatback.

The ES7 has a sleek and curvy horizontal dashboard with the NOMI AI system in the center, a bridge-type center console, a compact steering wheel, and two free-standing screens – a compact instrument cluster in landscape orientation and a large central display in portrait orientation. PanoCinema, Nio’s AR/VR compatible digital cockpit system, is standard in the ES7. Nio and NREAL (an augmented reality device company) have jointly developed custom AR glasses that can project a 201-inch screen at 6 meters. These AR glasses, along with the EV’s 256-color digital waterfall ambient lighting and 7.1.4 channel, 23-speaker, 1,000-watt sound system with Dolby Atmos, provide the occupants with a lot of high-end entertainment choices on the go.

The ES7 is developed on the Nio Technology Platform 2.0 (NT2.0 platform) that debuted in the ET7 and underpins the ET5 as well. The electric SUV boasts an even (50:50) weight distribution between the front and rear axles for superb handling. Image Source: Nio 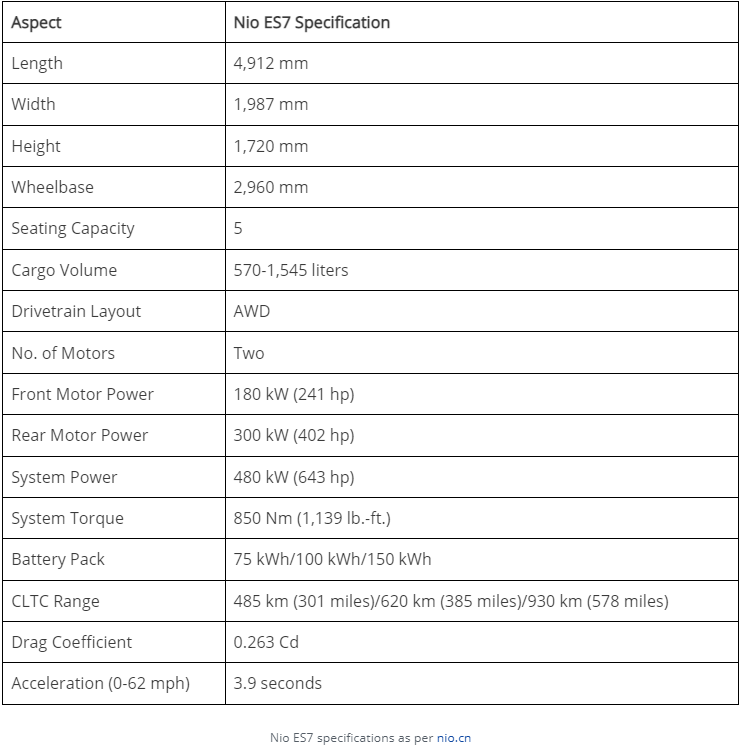